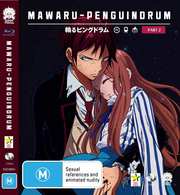 After watching Kazé’s excuse for a Penguindrum Part 1 release, I passed on Part 2 altogether, opting instead for Siren Visual’s Australian Blu-ray release, expecting better image quality and audio quite naturally, but also hoping for more comprehensive subtitles. That did, with a couple of caveats turn out to be the case when I re-watched Part 1 recently in HD, but a somewhat disappointing development was the realisation that Mawaru Penguindrum is the anime equivalent of event TV. It’s great the first time that you watch it, gripping and exciting, but a re-watch invites far too many questions about the story, and the plot doesn’t hold up quite as well under scrutiny, especially when you know all the big revelations in advance. To counter that, I have never seen Part 2 before, this Blu-ray watch will be my first time, and hopefully I’ll be able to recapture that virgin anticipation I had way back last year with Kazé’s Part 1 release. 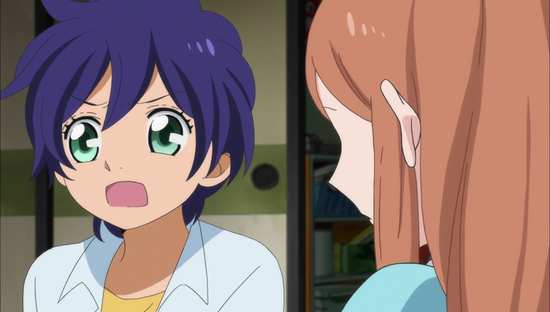 Their parents are absent, but in their brightly coloured and happy home, Himari Takakura, and her brothers, twins Kanbe and Shoma are enjoying life. At least they would be, except that Himari is terminally ill with a disease that no doctor can cure. It’s all the brothers can do to have a Himari day, and grant her wish to visit the aquarium, so that she can see the penguins. She even buys a novelty penguin hat. But the stress is too much for her, and she collapses and later in hospital she dies... 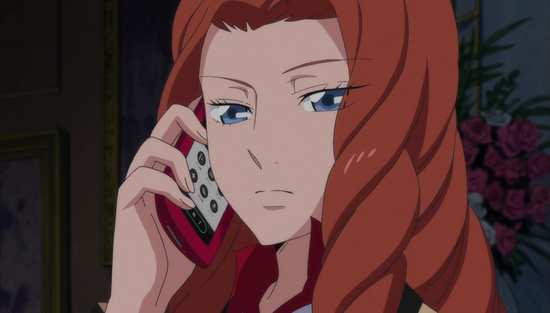 ... And then comes back to life. A strange force has extended her life, and possesses her body when she wears the penguin hat. It promises to extend her life even further if Kanbe and Shoma will find for it the mysterious Penguindrum. To help, it sends three penguins, penguins that no one else can see. The twins keep being sent on missions that will hopefully help them locate the Penguindrum, but no one knows what the Penguindrum looks like, and their three penguin helpers are more hindrance then help. 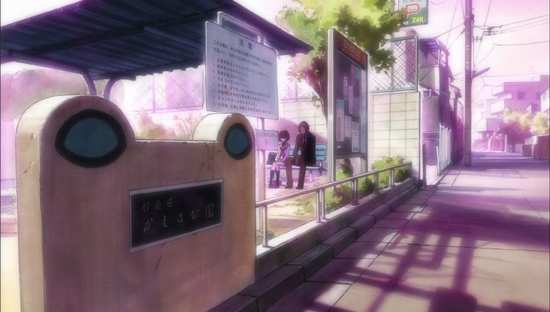 The concluding half of Mawaru Penguindrum is presented across two dual layer Blu-ray discs. 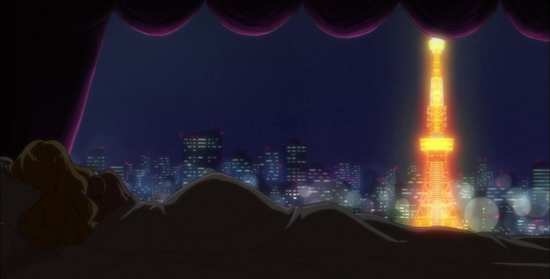 Mawaru Penguindrum gets a 1.78:1 widescreen transfer at 1080i resolution, played back at 60Hz. If you want 1080p learn to speak Japanese, or Italian, as apparently Dynit’s Italian release is progressive. For English speaking territories we have to make do with interlaced. Sentai Visual’s US release picked up a fair few complaints in terms of image quality. They did the usual 9-3 episode split on one dual and one single layer BD. Combing artefacts were apparent, colours were washed out, and there was heavy compression in the more animated scenes. 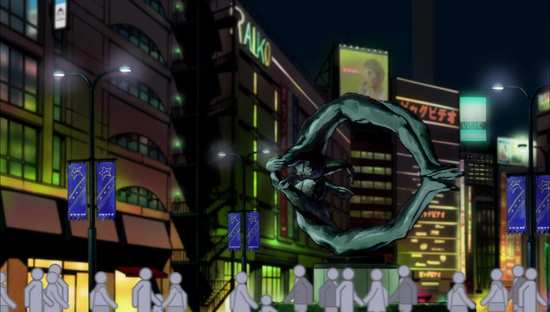 Consequently, Siren Visual re-authored the discs from scratch, opting for a 6-6 episode split on two dual layer BDs, compromising the audio and shifting the extras to hopefully max out the bitrate for the video. The image looks pretty good on the Siren release. It’s clear and sharp throughout, detail levels are excellent, colour reproduction is robust and vivid, and the show’s retina challenging colour scheme comes across to excellent effect. While the character designs may be a little generic, the animation most certainly isn’t, with studio Brain’s Base taking a page from Shaft’s book in bringing a whole lot of imagination and variety to the screen. If there are signs of the interlaced format, they would be the combing artefacts on the subtitles, and a slight judder to pans and scrolls, not quite as smooth as a progressive disc would have allowed for. As usual, it’s the Survival Tactic sequences that offer the most challenge to encoders, with a whole lot going on in the image, a lot of fast motion and complex animation, and while the horrendous artefacting of the Sentai release isn’t here, you can’t get away from some mosquito noise around fast motion. You’ll have to pause the disc and get up close to the screen to see what I mean. There’s also the slightest hint of digital banding in darker scenes. 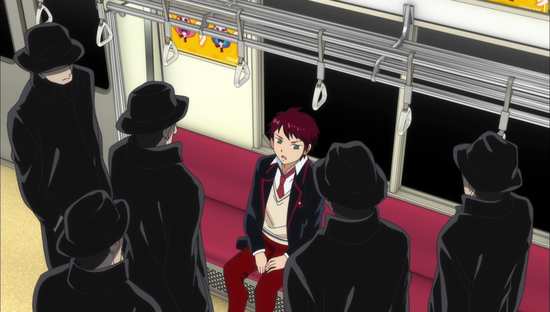 In terms of audio, you get what is flagged up as a DTS-HD MA 2.0 Stereo Japanese track, but as my player’s bitrate meter never varied from 1.5Mb per second, I’m more inclined to believe it’s a PCM track instead. The English stereo isn’t the lossless track of the US release; rather it’s a DD 2.0 stereo track at 0.4Mb per second. If you’ve read my review of the Kazé release, you’ll know what I think of the dub, and won’t be surprised that I stuck with the original Japanese audio for the duration, and Penguindrum certainly sounds good in its HD form. The dialogue is clear, and the music, action, and ambience to the show gets a nice bit of space courtesy of the stereo. This being the Blu-ray, there are no issues of pitch correction to deal with. 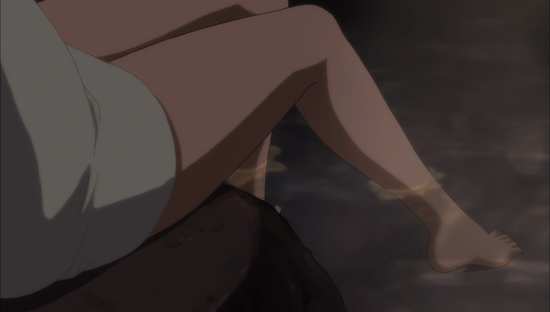 The hundred thousand dollar question is about the subtitles, and thankfully this isn’t the travesty of the Kazé release. You get full subtitles here, with all the pertinent dialogue translated, all of the signs translated, you get all of the songs subtitles, which the UK release missed out on too, and you even get those trivia notes that Sentai put on their release. You get a signs only track when you choose the English dub, and nothing is locked. Unfortunately, it’s not perfect. Siren use only the one font for all of their on screen text, whether it is subtitles or captions. There’s also inconsistency when it comes to placement on screen. Sometimes, the preferable option is used of putting the caption at the top and the dialogue at the bottom. Other times everything gets stacked up at the bottom of the screen. When two conversations are going on simultaneously, both translated using the same font, it can be very confusing, and there are times where text just doesn’t stay on screen long enough, or stay at the same position on the screen for it to be read. Your pause and skip back buttons are going to get a work out with this show. But compared to the Kazé release, which just cut out half of the show altogether, this at least makes the show comprehensible. If only Siren could have used Sentai’s subtitles... 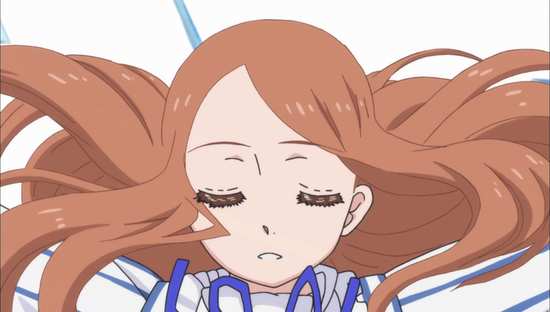 You get two discs in an Amaray style Blu-ray case, with a central hinged panel. If you don’t like the whopping great Australian ratings logos, the sleeve is reversible, but Siren have neglected to put the show’s title on the inner spine.

The discs present their content with animated menus. They’re not the best authored discs in the world. Navigating them means that sometimes an option that you highlight and then move away from, stays highlighted after you leave it. This being a Siren release, the default on insertion is Japanese with English subtitles. Also, like a lot of Kazé discs, starting a new episode often results in the sound dropping out for a second on my Panasonic player, easily resolved by just skipping back and starting again. 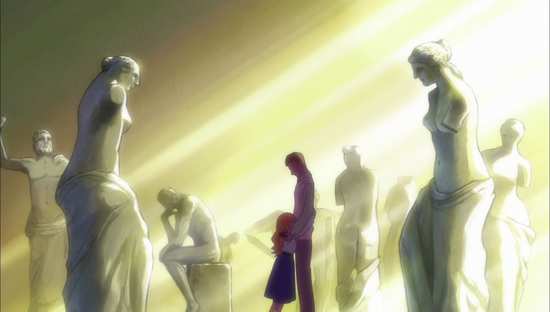 If you’ve been wondering where the extras are on the Australian release, it turns out that they are all bunched together on disc 2 here. You get two textless openings, eight textless closings, The Rock over Japan trailer, 3 minutes of montages, and a 2 minute slideshow gallery. All of the extras were on a loop on my Panasonic player. They’d go right back to the beginning once they had ended, and you need to use the pop-up menu to break out of the loop. 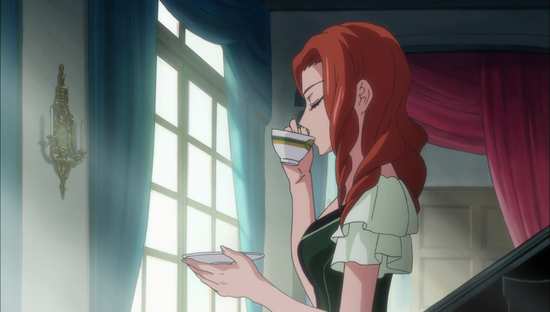 The last thing that you want to do when you review a show is to issue forth spoilers, which makes reviewing Mawaru Penguindrum Part 2 a little difficult. Even more so than the first part, the show thrives on its plot twists, and grand revelations. It’s all about the spoilerific big moments in each episode, to the point where character development and even narrative consistency becomes secondary. Just as I opined in my review for Part 1, it’s just as true in Part 2, Mawaru Penguindrum is the anime equivalent of Event TV, the kind of show that you tune in for each week as it’s broadcast to see just how far the creators can take it, and then realise when you watch it for a second time how shallow and thin it actually is beneath that glitzy surface. 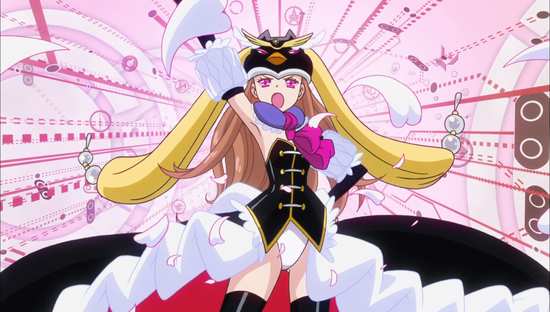 So if like me you’re watching the show for the first time here, you’ll certainly get your money’s worth in terms of spectacle, drama, and the immediate hit of narrative induced endorphins that come from watching a story written with the ‘kewl’ factor. And let’s face it; there aren’t many anime out there that can point to a terrorist attack as an inspiration. Mawaru Penguindrum was inspired by the Sarin attack on the Tokyo Underground by the Aum Shinrikyo group in 1995, hence the preponderance of the 95 symbol in the visuals of the show. Rather than a religious cult, the attack that lies in the back-story of Mawaru Penguindrum has a more political focus behind it. 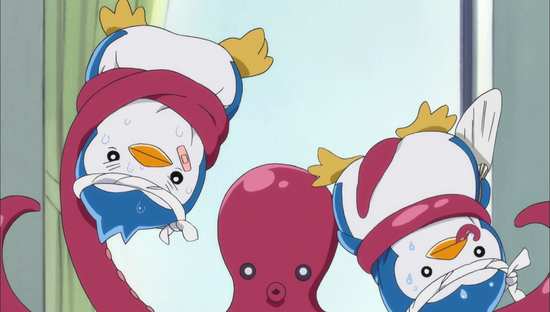 But compared to the bright and shiny, almost childish aspects of the first half of the story, the second half ventures down some really dark and ominous paths as it reveals its characters’ pasts, have them come to terms with the events that shaped them, or in some cases fail spectacularly to come to terms with those events. It results in a conceptual disconnect at times, between the bright, cartoonish, and even childish imagery, and the adult nature of the content and subjects that are explored. 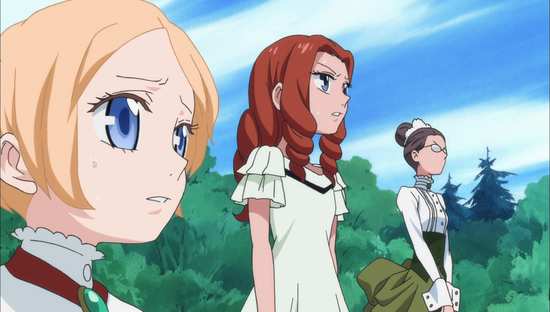 My problem is that these revelations rarely seem natural or meaningful in terms of the plot and the characters to that point, they are more like random switches that are flicked when the story needs a revelation or cliff-hanger to grab the viewer, and subsequently the worldview and the characters have to contort into new configurations to fit this newly revealed layer of the back-story. At times it can seem more like character assassination instead of character development, and it becomes hard to take seriously. 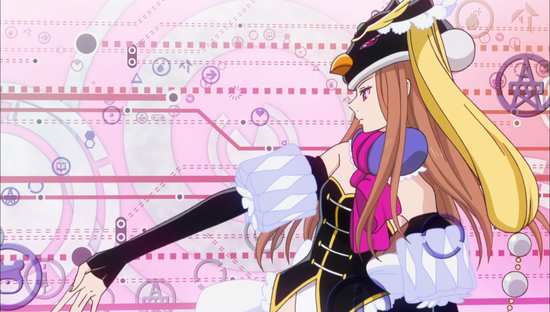 By the midpoint of this collection of episodes, I found myself wondering what had happened to the search of this elusive Penguindrum, and what was the point of the destiny altering diary, now that everyone had apparently forgotten about it? It really did look as if Mawaru Penguindrum was losing itself in its own plot twists. But I have to credit it for pulling something out of the bag at the last gasp. The final episode somehow does manage to take the dark direction of this second half of the series, and tie it up with the first half, offering a resolution to the story that is satisfying both in terms of narrative and in terms of character and emotion. It’s also overflowing with the visual metaphors and symbolism that no Kunihiko Ikuhara anime would be without. 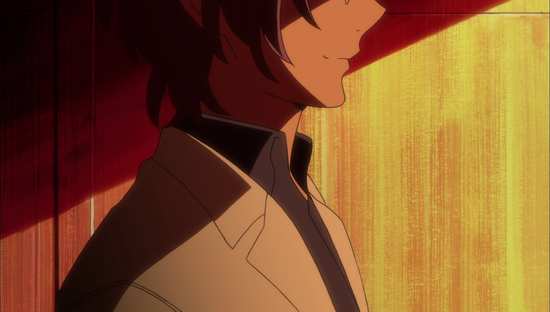 Normally at a point like this, I’d advise renting first. Renting from Australia will be a little hard. But really, the Kazé discs are no way to watch this show, while these Australian Blu-rays from Siren, while not without their issues, at least get the episodes across in a watchable manner. Mawaru Penguindrum really is Event TV. It’s great to watch the first time, but subsequent re-watches will be a case of diminishing returns.