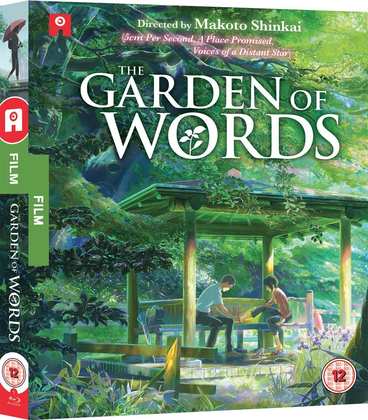 There was a veritable deluge of anime reviews last week. Yes, I am going with that metaphor, made all the more appropriate with my first review of the week, Makoto Shinkai’s Garden of Words. In a winter where the common theme has been rain, floods, and lives turned to misery all over the South of England, the surprising thing is that a movie where it never actually stops raining manages to distract from all that. Garden of Words is a love story first and foremost though, a tale of an unlikely couple who first meet during a rain shower, and thereafter continue to meet whenever it rains, both seeking solitude and escape in one of Tokyo’s parks. It’s a Makoto Shinkai film, so it’s going to have heartbreakingly beautiful animation, made more so in HD, but it’s also going to have heartbreak, melancholy, and loss for the characters. It’s Makoto Shinkai doing what he does best, after all.

Speaking of heartbreakingly beautiful, my second review was for a personal favourite of mine, an eagerly imported Premium Edition release of Hanasaku Iroha ~ Blossoms for Tomorrow Part 1. Less of the heartbreak, and more of the slice-of-life drama and comedy, soap opera by any other name, replete with engaging and likeable characters, and coming from P.A. Works for their 10th anniversary, that breathtaking animation. A young girl gets ditched by her mother, and sent to live with her grandmother, but gets put to work as an attendant at her grandmother’s inn. Sounds like an Oliver Twist adaptation, but Ohana learns the value of work, duty and friendship as she makes new friends at the Kissuiso Hot Springs Inn. 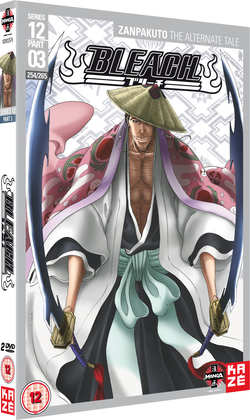 The week ended on a triumvirate of anime conventionality after such a promising start. First up was Bleach Series 12 Part 3, in which the filler arc ends early, and they wind up filling the filler with more filler to stretch out the delay even more till series 13. That boils down to another ten stand-alone episodes of Zanpakuto Swords made manifest, and me being the contrary kind of guy that I am, this is the most that I’ve enjoyed Bleach in ages. 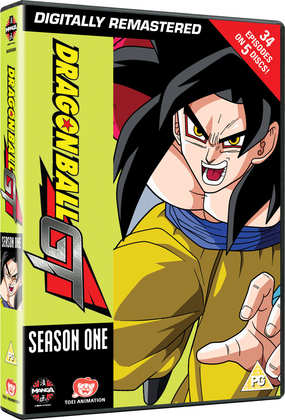 I finally made it through Dragon Ball GT: Season 1. Like a bad childhood experience I’ve already blacked it out from my memory, although no doubt I’ll have traumatic flashbacks to it in twenty odd years. You can bet that the usual suspects are there, doing the old levelling up of powers and succeeding through willpower alone, and you can bet that the story gets dumber, more idiotic, and more repetitive the further it goes. Don’t take my word for it, read the review, it’ll probably tell you more than I can remember. 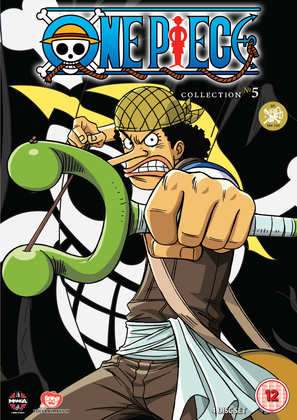 With this quality of shonen, you may be wondering just how I made it through alive. It was One Piece Collection 5 what done it! For all the mediocrity and disappointment associated with an oversubscribed and saturated genre, this is one shonen show that gets it spot-on. The 27 episodes contained herein conclude the Alabasta arc, and the storytelling, the pacing, the balance between emotion, comedy, drama, and action is just perfect. It’s the kind of show that restores your faith in anime, and proves that I don’t just whinge about shonen. I like some of it too.


Garden of Words was released on Blu-ray and DVD by All the Anime last Monday. Hanasaku Iroha ~ Blossoms for Tomorrow Part 1 Premium Edition was released by NIS America last year and is still available on import, while Manga Entertainment release Bleach: Series 12 Part 3 on DVD today, along with One Piece Collection 5 on DVD. They released Dragon Ball GT Season 1 on DVD last month.