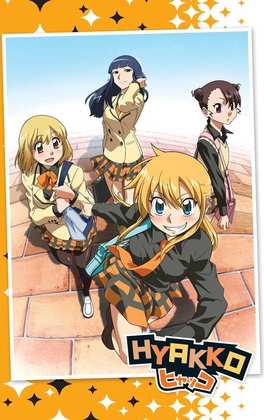 No news of significance this week, so it’s straight into the reviews, beginning with one from my own collection. I was first smitten by Hyakko: The Complete Series when it aired on Crunchyroll, and lamented its loss when the licence expired. However this was one time when a license expiry was good news, as it meant that it had been picked up for physical release. Sure enough the high school, slice of life comedy was released as a three disc DVD collection, and I was quick to import. Now high school, slice of life comedies are a penny a dozen in the anime business, but Hyakko finds a way to develop its characters in a manner that its peers do not. It finds story arcs amidst its random chaos, and it has a protagonist who starts her high school career by punching her teacher in the gut. If that isn’t reason to import, I don’t know what is... 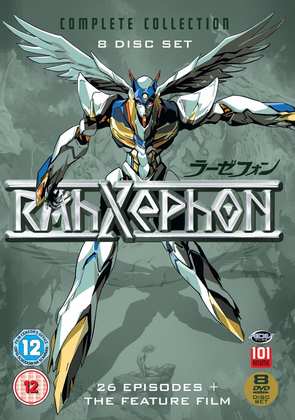 Then it was a trip down memory lane as I took a look at RahXephon: The Complete Collection, which collects the TV series across seven discs, plus the spin-off movie on an eighth, all in one handy boxset. The RahXephon franchise was originally released in the UK by ADV Films ten years ago, but following that company’s demise has quickly vanished from UK retailers in the last few years. Now the series is back, and if the interminable wait for the Evangelion movies annoys you, if you’re stressed by the absence of the Evangelion TV series, then RahXephon may just tide you over, as it was the other giant robot (which aren’t actually robots) show of the period. It has the damaged teen protagonists, it’s got the conspiracies, the apocalyptic storylines, and it too revels in arcane mythology. But RahXephon also does a few things quite differently from Evangelion, which make this show worth a second glance. 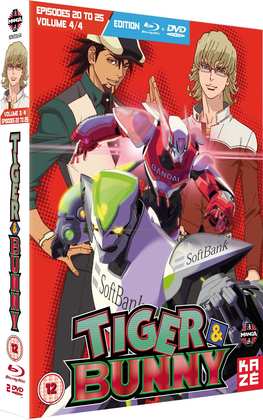 Finally it was the turn of Tiger & Bunny Part 4 Blu-ray and DVD Combo. We’ve finally got to the end of anime’s take on the superhero genre, usually more a US pop-culture speciality. With Tiger & Bunny, Japan showed that they can do superheroes and super villains with just as much panache and style as companies like Marvel and DC, and this final instalment of the series delivers just the epic conclusion that you would expect from such a show, also leaving you tantalised for the forthcoming feature films.

Lucky Penny released Hyakko: The Complete TV Series earlier this year, while 101 Films release RahXephon: The Complete Collection today. After a slight delay, Manga Entertainment will release Tiger & Bunny Part 4 Blu-ray and DVD Combo on behalf of Kazé on the 2nd of September.