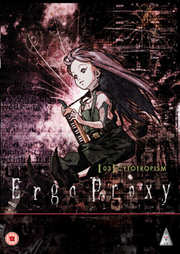 A bit late this one. Still hitting the live pages before its release next week, but nonetheless, I`ve been sitting on the check disc for a few weeks now simply to give myself a chance to re-watch the first two volumes before I sink my teeth into the latest set of episodes; as commented upon in a previous review, `Ergo Proxy` doesn`t run the sort of narrative that lends itself to bursts of episodes every month. So in order to truly appreciate it, a refresher was in order. Not that it would matter if the review arrived after the disc`s release, as the show, in the short space of two volumes, has cemented itself as a love it or love it lots anime, and anyone who`s invested their time and money in both volumes will no doubt be eager to lap volume three up.

Vincent Law, with cute-as-a-button AutoReiv Pino in tow, finds himself in the tower of a strange, reclusive man who claims to have rescued him from the wreckage of volume two`s climactic battle. The man appears to know much about Vincent`s forgotten past, but appears to have an agenda of his own. Meanwhile, R-el and her entourage Iggy are outside the overbearing walls of Romdo searching for Vincent and the Proxy, convinced the paths of the two are linked. 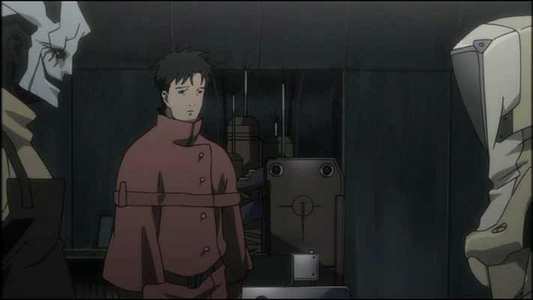 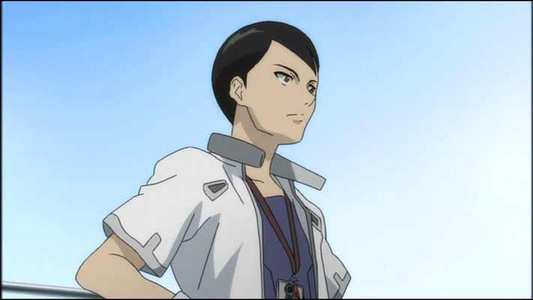 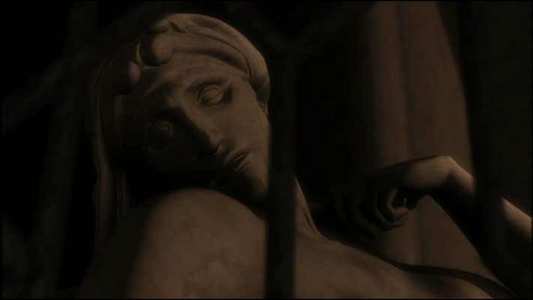 "Just a couple of trailers" he says as he stifles a yawn. 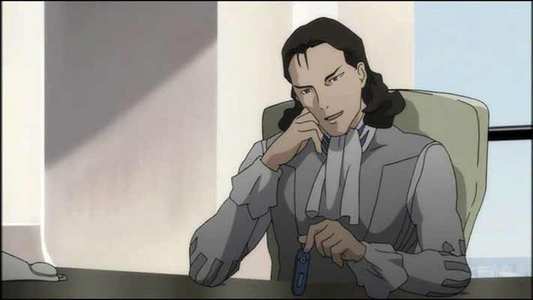 I`m pickier than a five-year old`s index finger when it comes to anime; any old guff won`t do, especially if I`m handing over my hard-earned for it, but there are even review discs I`ll give a wide berth if they don`t seem like they`re right up my alley. `Ergo Proxy` caught my eye from the first trailer, and in the live, filled-out flesh from volume to volume, hasn`t disappointed yet. This third volume is more solid continuation of a rather complex narrative, more shadowy than overly-convoluted, but as I expected would happen sooner or later, it hits a (very minor) wall in volume 3, one that doesn`t ruin the enjoyment of the show in any way, but as everything has its flaws, no matter how small, `Ergo Proxy` has finally had to reveal its own.

Its mission statement of holding its plot cards close to its chest has been rather endearing up to now, but rather than drip-feed exposition as in the previous volumes, two of these four episodes take an unnecessarily Lynchian approach to storytelling, particularly episode 11`s dream-like story where it gets a little too caught up in the riddle-like dialogue and ambience of ambiguity, choking the progression of the plot. While this approach worked well in shows like `Paranoia Agent`, `Ergo Proxy` has always seemed like a more straight-talking affair and it comes as a surprise to see the writing reduced to what, on reflection, seems like the modern narrative`s equivalent of a wrestling resthold.

So, with that out of the way, we can get back to talking about just how captivating the show is, wary of my self-imposed promise to keep these reviews lean to avoid spoilerage. Its ominous atmosphere and labyrinthine layering of a solid -- if frequently clouded in enigma -- story really suck you in, and along with the dinginess of its `Blade Runner`-meets-`The Road Warrior` world, particularly the dome-less wastelands, makes `Ergo Proxy` feel like a real rarity for TV-based anime. The aura even frequently reminds of `Blood: The Last Vampire`, as the show evokes that omnipresent air of bleakness and intrigue seen in the post-WWII Japan setting of I.G`s critical hit from 2000. The dichotomy of the narrative thread -- shifting between R-el and Vincent from episode to episode -- ensures that even when the story stalls a little through its slow pacing, a volume never stagnates and manages to keep itself feeling fresh overall. That`s not to say the flow of the episodes doesn`t suffer from this approach, particularly if you find one protagonist`s side of the coin a little more interesting, but events in this volume point to a more cohesive approach to the storytelling in future. So volume three then - another great instalment of an excellent anime, and while these episodes are probably the `least best` of the run so far, `Ergo Proxy` is still nothing but essential viewing.