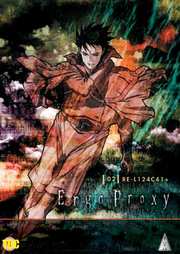 #Anime reviews, huh, yeah, what are they good for? Absolutely nothing. Say it again, y`all!#

While the tried and tested method for distributing anime is based on releasing episodes on volumes, you sometimes have to wonder the worth of reviewing an individual volume. Just like other episodic content, a small selection of episodes has very little bearing on the quality of the overall whole, and the review of episodes 10-14 is going to do very little to persuade or dissuade a punter who`s already dropped money on episodes 1-9. Perhaps the biggest problem though, is when you inevitably wander into spoiler territory. This is a particular problem for `Ergo Proxy` considering it unfolds less like a TV show and more like a novel; can you imagine trying to give a decent review to select episodes from the latter seasons of `Babylon 5` or even `Lost` without spoiling anything, especially when you`ve already outlined the fundamentals of the plot, characters, structure and tone when you introduced the series?

As such, I`m going to make the effort to keep the future reviews for `Ergo Proxy` as succinct as possible. Unless you`re a habitual reader of the site`s anime reviews, I can only imagine you`re checking in to see whether the show keeps to form as it progresses; you`ll be glad to know it certainly does. Volume two picks up at the point where volume one left off. Vincent Law, accompanied by Pino, continues his journey of exploration outside the walls of Romdo and within himself. Re-l, caught up in a conspiratorial mystery, isn`t far behind as she seeks to have him return to the domed city and help her unravel it.

To say any more would invite spoilerage, although worth noting is the volume name, absent from the review title due to its unwieldy nature: `RE-L124C41+`, a homage to the 1911 sci-fi novel `Ralph 124C41+`, itself a play on words: one to foresee for one. 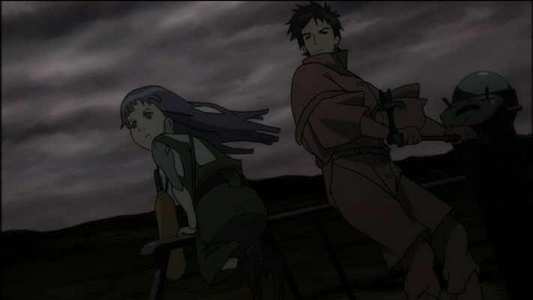 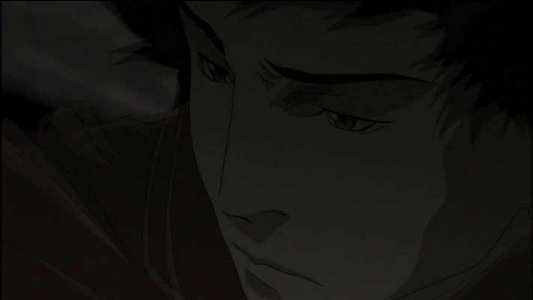 Interestingly, the disc menus and end credits run with Radiohead`s `Paranoid Android` as if to truly cement the show`s dingy atmosphere, which even those who think modern Thom Yorke and co are a bunch of miserable, overrated whiners won`t be able to deny suits the show superbly. 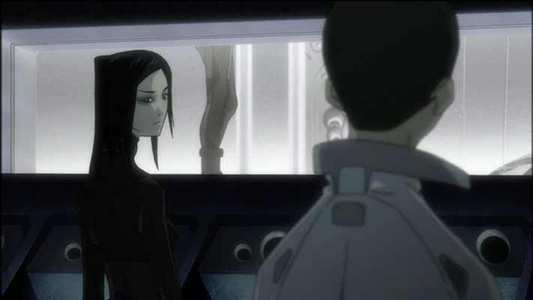 Trailers for a couple of MVM distributed shows... and that`s it. 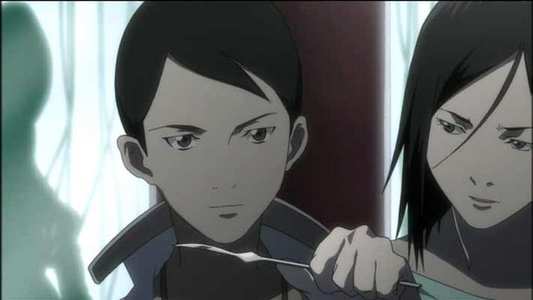 The second volume of `Ergo Proxy` is 96-minutes of utterly engrossing hard sci-fi. It`s slow, forgoing action and set pieces for character building and suspense, but if the initial instalment heated up to a boil, this selection of episodes simmers away very nicely. It is, as pointed out in the introduction, more like watching a visual novel unfold, with no self-contained stories within the episodes and no end of episode reset button, instead one well-planned arc chopped up into chapters. Imagine the disappointment of reading only a few chapters of a really good book every six weeks and you`ll understand the frustration of `Ergo Proxy` in the small, spaced doses that volumes entail.

The show doesn`t get any easier to understand, particularly as there`s a distinct lack of context to events in this incredibly rich and detailed world, but there are, surprisingly, some early answers to questions which you may have asked yourself during the previous volume. But of course, these are chased by a new set of questions which give new depths to the already deep story. With this volume, the narrative split between Re-l and Vincent becomes ever more apparent, as individually, they seek answers to different questions, but ultimately they are both involved in a single far-reaching mystery. `Ergo Proxy` hasn`t set a foot wrong so far, at least as long as you like being drawn through a tight narrative partially blindfolded, and, even at this early stage, is a definite contender for anime release of the year.