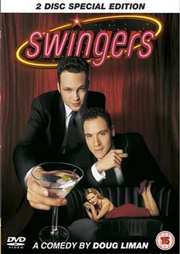 A cult hit from 1996, Swingers has been very shabbily treated on DVD up until now, with a nasty bare bones, non-anamorphic release being the only disc available. This Special Edition has been available in region 1 for over 2 years now, so it`s likely that fans have already snapped it up. If not, or if you`ve never stumbled across it before, read on. 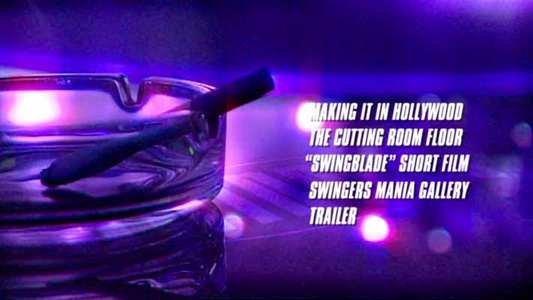 A 1.85:1 anamorphic transfer, which is a massive improvement on the previous disc. This was a low budget film (about $250,000 I believe), so this has to be borne in mind when looking at the visual aspects of the film. This new transfer has much less grain, improved colours, reasonable detail and much better blacks. There are still some bits and pieces of print damage, but this is probably as good as the film is going to look without spending all of its budget again on the transfer. 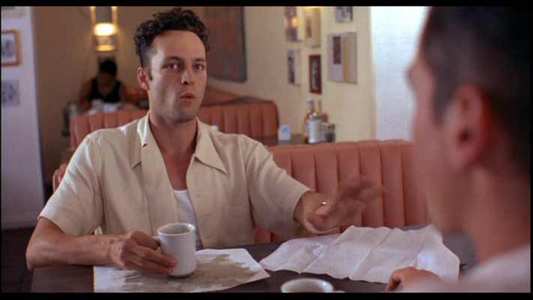 A DD2.0 surround soundtrack, which again reflects the budget roots of the film. It`s mostly a front soundtrack, with the music making the most use of your channels. The swinging old time soundtrack (Dean Martin, Tony Bennett etc.) really fits the on screen action, and is probably the highlight of the sound. The speech is usually clear and audible, although there is the odd moment when everything is not just so. 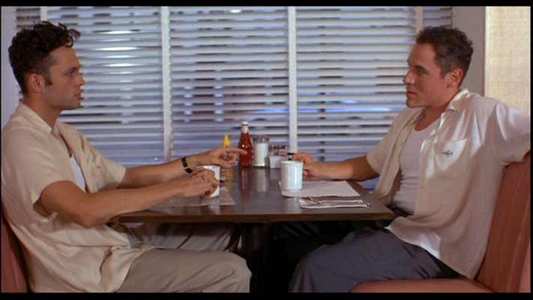 And here`s another score for the new release. A shedload of extras, which at least warrant the "Special Edition" title.

First up are a pair of commentary tracks, with Jon Favreau and Vince Vaughn on one, and director Doug Liman and editor Stephen Mirrione appearing on the other. The actor track behaves much as you would expect, with the 2 friends relating many details of filming and of what was autobiographical and what wasn`t. The director`s commentary is more factual and technical but there`s still plenty that`s of interest.

The next substantial extra is "Making It In Hollywood", which brings together four separate featurettes:-

This makes up about 50 minutes of material all about the film, including material filmed at the time and new material filmed for the DVD. There is some repetition of info from the commentaries, but there`s enough of interest to keep you watching.

Next up we have extended and deleted scenes, and it`s easy to see why they were deleted. An optional commentary is available. There are also some out-takes and a short spoof called Swingblade.

We wrap up with some promotional material and the obligatory trailer. 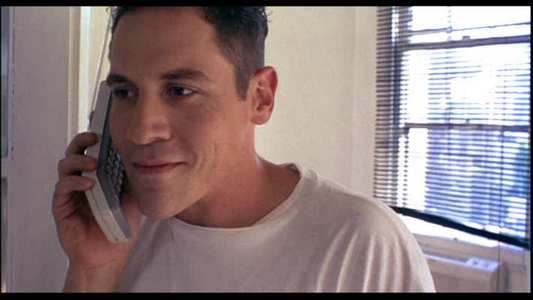 Swingers finally gets a better DVD release. It could be argued that it deserves something even better than this, but at least this release is credible unlike the previous shoddy effort.

It`s definitely a film of its time, capturing a mood of the period in parts of America. It`s also very well made considering the budget. And above all it is a good film. If you`ve never caught this film before it`s definitely one you should take a look at - it`s entertaining, it`s funny and it`s well worth watching. It`s kind of a romantic comedy, but in a good way (I usually hate rom-coms). It`s kind of a road movie too. Basically it`s a very watchable film.

The new DVD isn`t exactly sparkling. The new transfer is a massive improvement on the old disc, but it`s still not fantastic (and given the work that Hong Kong Legends have done with worse source prints, it could have been). The sound hasn`t really been improved, and it probably could have been, but I suppose it`s a question of budget. At least the extras package is nice and rounded.

Well worth a rental, and definitely should be bought to replace the old disc. You might want to buy it after renting too, as it is very enjoyable. Maybe there`ll be a super-mega-ultra edition one day. Until then, this will do.