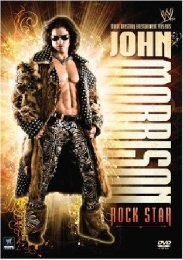 Synopsis:
He's the Shaman of Sexy, the Friday Night Delight. John Morrison is one of WWE's best and brightest rising stars, having held numerous tag team championships, first as part of MNM and then with The Miz. He's also had great solo success, earning the ECW and Intercontinental championships. The DVD is packed with bonus matches, interviews, Dirt Sheet segments, and more.

Best of the Dirt Sheet

Straight from the Palace of Wisdom

The Shaolin Master of Movement

Anatomy of the Aerial Attack

One with the Ocean