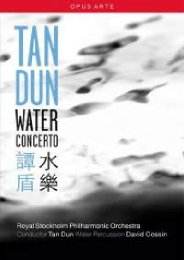 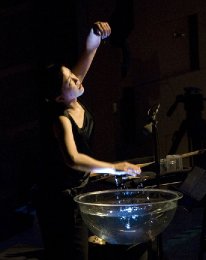 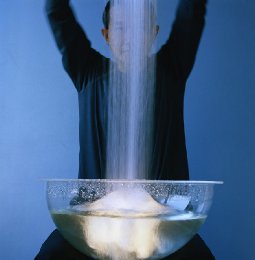 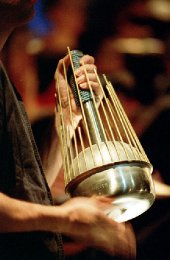 Opus Arte have produced DVDs featuring live performances of two of Tan Dun's concertos, based on the fusion of organic and utilitarian material with a full symphony orchestra. The work on this particular disc is based on the sounds of water, and the nostalgic feelings that the composer has for the way water was used by the people from his village when he was a child. As with much of his music, there is a serious attempt at mixing Eastern and Western influences, seen before in the DVD of 'Marco Polo' (also reviewed on this site), but here it is probably more successful as everything is just generally less complicated.

Expertly accompanied by the Royal Stockholm Philharmonic, principal soloist David Cossin, joined by Rika Fujii and Tamao Inano enjoy splashing about in large bowls of water, and playing some very attractive (in both sound AND looks) instruments called 'Waterphones', which were invented by a chap called Richard Waters…funnily enough.

At first glance, this may not seem to be particularly interesting, but it's actually a very successful production in many ways. 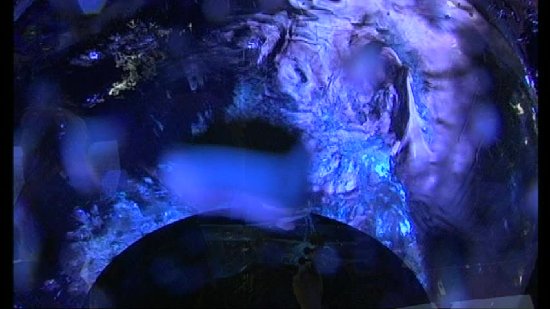 Both the DD 5.1 and Stereo are very clear, but the 5.1 definitely has the edge in picking up the subtleties of spacial nuances which can be created with this setup. The very quiet water sounds are never missed due to the placing of microphones close to the action (although I was left wondering whethere there's any health and safety rules in Sweden concerning the proximity of electronic equipment to a very active and almost uncontrollable water supply) and everything is balanced very nicely with the orchestra. 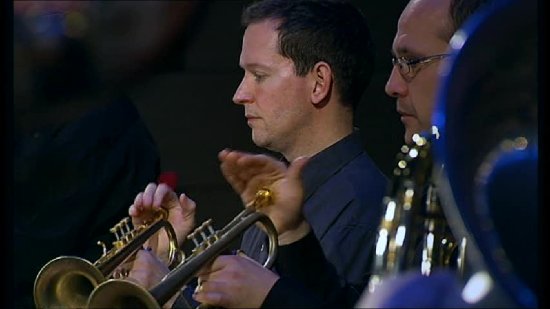 Again, very good indeed, and the performance is helped enormously by the use of lighting effects though the water bowls themselves. Adventurous camera angles give the DVD viewer a distinct advantage over anyone in the audience on the night, offering views underneath the bowls which create a distinctly 'other-wordly' feel to things.

'Water: The Tears of Nature' is just over 10 minutes, and takes us back to Tan Dun's childhood village of Xiang Zhi Gou where he describes his earliest experiences of the sound of water and how it was an integral part of village life. Describing his attempts at conposing the work he say "I transposed those laundry sounds, simming sounds, body popping sounds (by which I assume he meant splashing, rather than some form of early Chinese hip-hop)…into orchestrations".

The other section of this film shows preparations and rehearsals for the performance, in which we learn little, apart from the fact that the spaghetti strainer used cost $1.79 (about 12.83 Swedish Krone) and "These wooden bowls came from a store that just had wooden things" (probably the most interesting thing David Cossin came up with). Luckily, his musicianship makes up for his lack of verbal lucidity.

'Tan Dun teaches water instruments' is a great little music lesson by the master himself, and could easily be used as the starting point for a classroom project on unusual instruments

Some of the subtitles don't reflect exactly what the composer says, but may well be what he meant to say. 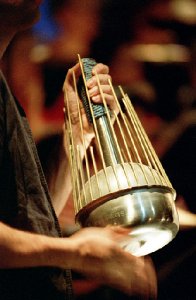 The Western part of Tan Dun's concerto, apart from the orchestra, is clearly depicted in the classical three movement structure of the work, and their tempo markings :

Musically, things can go in many directions, yet the peculiarities remain with the specialised water instruments themselves. The orchestra is used in a fairly conventional way (even the 'mouthpiece-only' sections for brass and woodwind are not exactly innovative), but the Royal Stockholm Philharmonic take things as seriously as they can, and this makes everything all the more successful.

The soloists take on board the theatrical nature of the work quite happily, with Cossin starting off deep within the audience with his Waterphone, and the two other soloists adding a rather sensual feel to proceedings with all their seemingly choreographed splashing. 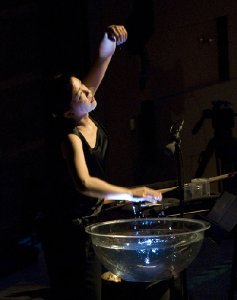 Overall, this should be of great interest to music students, and especially classroom teachers who need more proof that expensive instruments aren't necessary to make interesting and memorable sounds, and is a DVD which is far more approachable than many other examples of contemporary music.