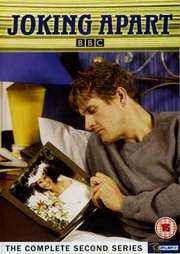 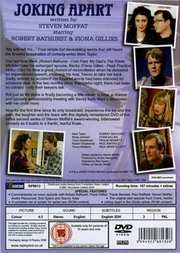 Back Cover of Joking Apart : Series 2

DVD
I Served the King of England

If you read my review of series one, then there`s not much different here. This series was just as good, go and buy it now, or feel free to read on...

Ok, you`re now at the main menu, and there are two options for you.

1) You`ve heard of Joking Apart and you absolutely loved it and have been waiting for DVDs of it to come out ever since DVD was invented.
2) What`s Joking Apart?

If you picked option 1, then you`re in for a treat, since it`s finally arrived (more on that later). If you picked option 2, keep reading, because you`re about to find out all about a BBC sit-com that never broke away from the tag "cult classic", but which should have ended up as "all time classic".

Joking Apart was what writer Steven Moffat did after Press Gang and before Coupling. If you don`t know his name from those then you may know his name as possibly the best writer for the revived Doctor Who. His episodes (so far) are "The Empty Child"/"The Doctor Dances" (from season 27), "The Girl in the Fireplace" (from season 28) and "Blink" (from season 29).

The second series of Joking Apart was first aired in January 1995 on BBC Two and has never been seen since. It took a very long time to get to air (having been completed at the end of 1993) and this gap is widely credited with having helped to kill it off.

The story continues to centre around comedy writer Mark Taylor, and tells the tale of him and Becky, Robert & Tracy and Trevor, the man who his wife left him for.

It`s funny, it`s clever, and series two has made it to DVD. And again it`s available exclusively from www.replaydvd.co.uk, a small company set up with the express purpose of bringing this excellent programme to DVD. 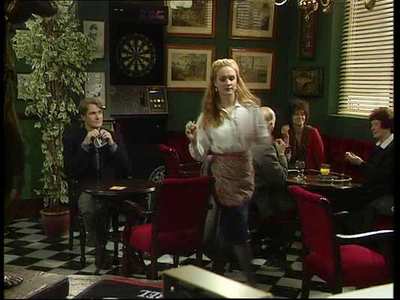 A 1.33:1 transfer as first broadcast. It`s undergone a nice bit of restoration too so it looks as good as it can, and possibly even better than when you first watched it. 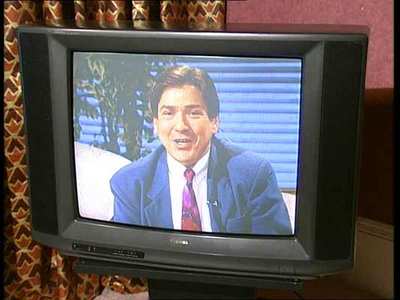 A DD2.0 stereo soundtrack, again as good as (or better than) the original broadcast. 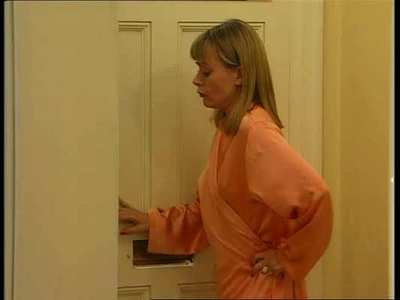 And if the fact that it`s finally available wasn`t enough to make you happy, there are some extras here, as with the first series.

First up are commentaries on every episode with writer Steven Moffat, and stars Robert Bathurst (Mark), Fiona Gillies (Becky), Tracie Bennett (Tracy), Paul Raffield (Robert), director Bob Spiers, producer Andre Ptaszynski & production manager Stacey Adair (whose contribution was recorded in a studio in Australia). As with the first series, it`s great to hear their insights into the series after all this time, and it was worth the effort to get everyone involved.

Second up is the original pilot episode, which you`ll find is very, very similar to the first episode of the first series.

There`s also some DVD ROM content in the form of PDFs of the scripts for the second series, and a PDF called "Joking Apart in the studio".

There was also going to be another featurette on the locations, but that got killed off by red tape... 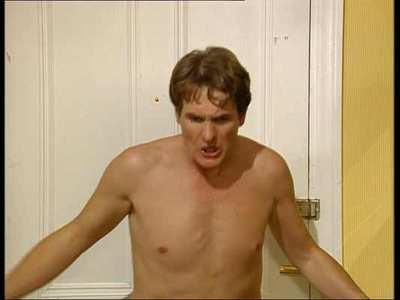 Like I said in my review of series one, one of the best sit coms ever made. My heartfelt thanks once again to Craig Robins (described by Bathurst as "the fan with the plan") whose own passion and dedication (and skills from working in the TV field) has seen both series brought to DVD. And please go out and buy this if you were a fan of the series, because Craig gets rewarded for his hard work and you get rewarded with a fantastic comedy series.

Joking Apart is simply brilliant. A small but excellent cast, a tight script, and the then novel idea of interspersing each episode with bits of stand up coming from inside Mark`s head. It just worked so well and would have been more popular if it hadn`t been messed around by the BBC. That`s not an uncommon phrase, but it really seems to apply here.

What are you waiting for?

Go and buy it.