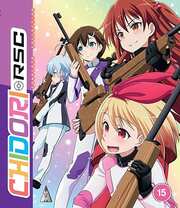 It’s got nothing to do with Shakespeare. I just thought that I’d get that out of the way first, although I doubt that too many people would have had the same misconception as me at seeing the “RSC” suffix to the title. Besides, most anyone vaguely intrigued by this show would know that its alternative title is “Rifle is Beautiful”. That sent my preconceptions in another, altogether different direction, with the thought that Japan has started making anime directly for the US market. The combination of cute girls and guns has long been a draw for fans, and given the questionable love that US society has for its guns and gun rights, just getting the pretence out of the way, and making a show about guns in high school would directly appeal to an audience demographic in a way that has never been done before. But it turns out that the Chidori Rifle Shooting Club use the kind of rifles that no self respecting US citizen would ever be excited by. These guns have lasers in that register hits on special targets. No gunpowder, no projectiles, no loud bangs and above all no victims. Nothing to fetishize here. 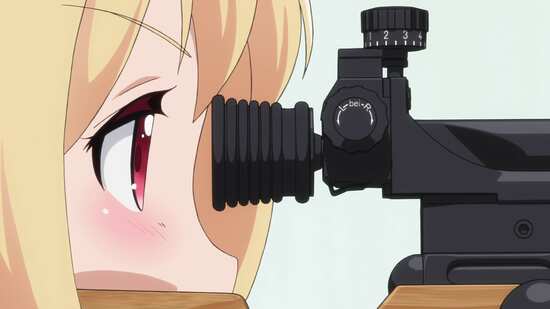 Hikari Kokura started rifle shooting at an early age, and has even got pretty far in local competitions. It’s for that reason that she chose Chidori High School to go to, which has a shooting club. She needed her childhood friend Izumi Shibusawa’s help to get past the entrance exams but Izumi has grown up with rifle shooting as well. 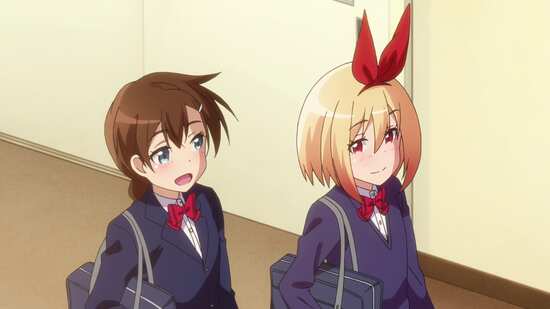 Yet when they start school and Hikari goes looking for the club to join, she learns that it has been shut down for lack of interest. If she wants to reopen it, she’ll need at least four members to join. Luckily, she learns that Erika Meinohama goes to their school. She’s an up and coming competitor who Hikari somehow beat with a fluke at their last Middle School competition. That could be a sticking point, but the fourth member of the resurrected Chidori Rifle Shooting Club turns out to be Yukio Igarashi, the shooting genius that beat Hikari in turn to win that competition. Together, the four girls set their sights on winning the National tournament, and Hikari is dead set on qualifying for the Olympics. 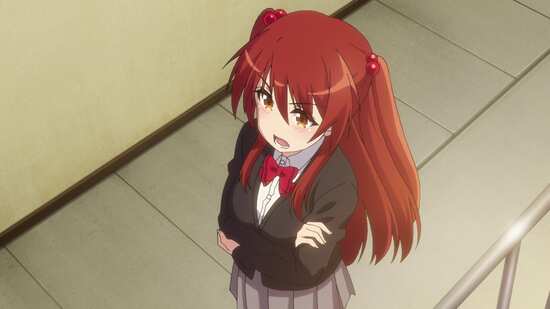 Twelve episodes of Chidori RSC are presented across two Blu-rays from MVM.

Disc 1
1. What Are Beam Rifles?
2. Club is Funny
3. Our Competitors are Powerful
4. Our Advisor is a Beginner
5. Qualifiers are Exciting
6. Our Target is Nationals
7. Studying is Hard
8. Our Battlefield is Tsutsuga
9. Hozumi is the Reigning Champ 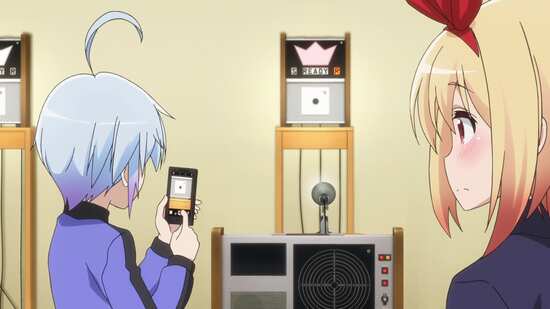 You get a 1.78:1 widescreen 1080p transfer on these discs. The image is clear and sharp, with plenty of bright colours. The anime does what it needs to tell its story, and the characters stay on model for the most part. But it’s not the most animated of shows, and the prevalence of bright colours makes the occasional incidence of digital banding all the more disappointing. This isn’t a show that warrants such evidence of complexities that it doesn’t really have. Still, the character designs trigger the appropriate moe responses in the target audience, so in that respect the animation is successful. 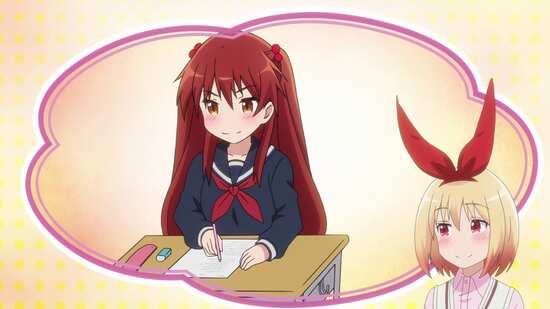 You have the choice between DTS-HD MA 2.0 Stereo English and Japanese with subtitles and signs locked during playback. I stuck with the original language track, and was happy with the experience. The actors were suited to their roles, and the music was appropriate to the light comedy. It’s not a particularly action packed show, so the stereo is more than sufficient to bring the range shooting action across. The subtitles are accurately timed and are free of typos. 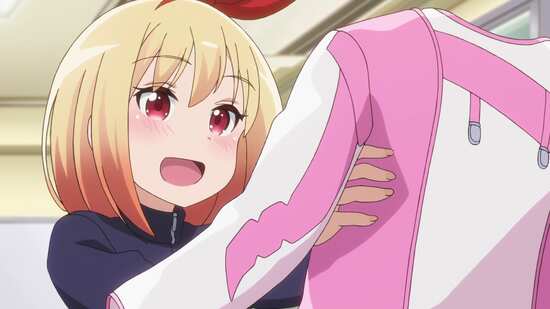 The discs present their contents with static menus, and each episode is followed by a translated English credit reel.

The extras are on disc 2.

You get the textless credits, one of each. 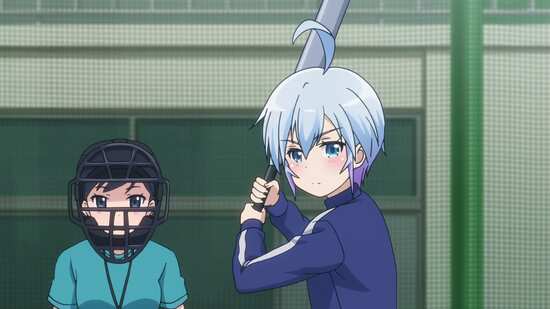 Episode 7.5 Nationals are Right Before Us lasts 24:42, and you get dub and sub options, although the menu listing indicates subtitle only. This is the prerequisite recap episode.

Finally there are trailers for Wasteful Days of High School Girls, SHIROBAKO, The Demon Girl Next Door, and AJIN: DEMI HUMAN. 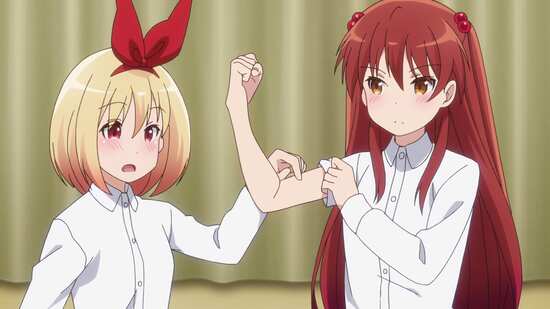 Ever since K-On! struck gold with its formula of a group of cute girls doing cute things in an after school club, the copycat anime have been churned out with alarming regularity and in great numbers, and if Chidori RSC is any indication, I’m not tiring of the format yet. It’s so by the numbers at this point that you don’t even have to watch the show; just look at the character designs and you’ll know that the blonde girl with the ribbon will be the enthusiastic ditz, the brown haired girl will be the motherly/sisterly supportive best friend, the red haired girl will be the opinionated loud mouth with a soft centre, and the short blue-haired girl will be the emotionless cute one. That’s Hikari, Izumi, Erika and Yukio respectively. For seven episodes, Chidori RSC is K-On! with rifles. But then it threw me for a loop, as for its final five episode arc, it embraces the sports anime genre. That’s enough to elevate it above average (but nothing can help its dialled in animation quality), although I would have enjoyed Chidori RSC even if it had been an average afterschool club, slice of life anime. 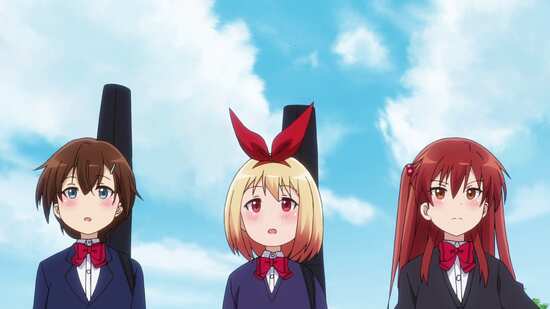 The style of the opening episodes is familiar. There is always someone looking to join a club which has surprisingly, recently ceased operation in a school, and suddenly a rush will be on to find three more like minded girls to keep that club alive. And a few episodes in, they will realise that they never bothered to get a teacher to advise their club. Of course one episode will be devoted to a panic when the exams arise, and they realise that only by passing their exams will they be allowed to continue club activities. At which point a hastily organised study camp will ensue, where the girls focus their energies on making sure the dumbest among their number will pass the exams. If I sound cynical, it’s because I am. I think fans would complain if these plot points weren’t hit by any self respecting entry in this genre of anime. 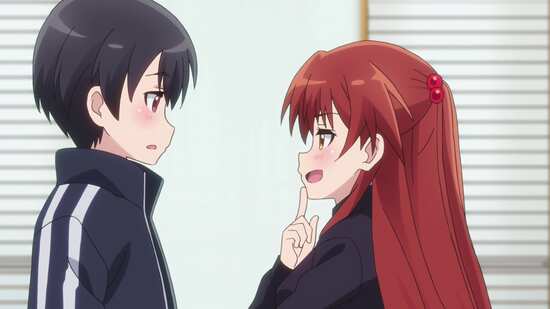 Chidori RSC is fun. The characters hit the right notes, are suitably energetic, and the comedy is on point, often opting for the short gag and punchline format of the four panel comics rather than trying to develop too strong a story arc in an episode. It may be a little too reliant on the characters being archetypes rather than trying to develop them, but slowly, as the show develops, and the shooting club further their ambitions to compete, other school clubs are introduced, as are more characters, although the focus remains on the central four. 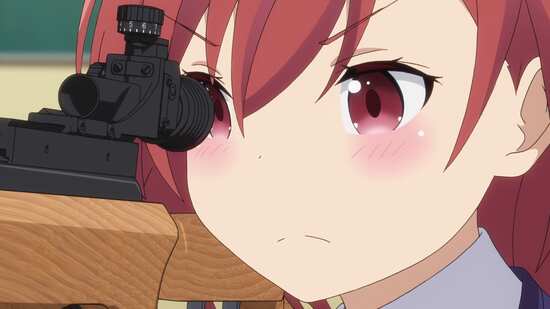 The show holds onto that sense of humour past episode eight, but the genre switches here to full on sports anime, as the shooting club make it to the national rifle shooting championships. The show suffers from character overload here, as a whole group of other schools are taking part, and a lot of new characters are introduced, most of them quickly getting lost in the story. But the emphasis is on the competition, and like so many sports anime, boils down to the competitors providing the action, and the audience members providing the commentary. 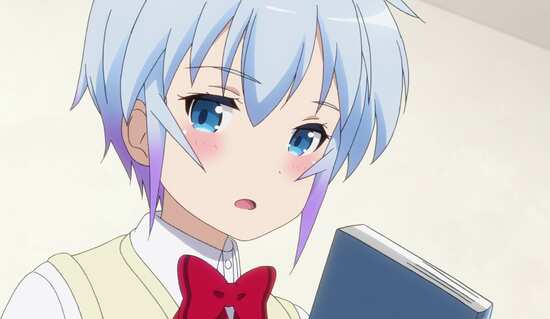 If this show does have one weakness, it is in the commentary, as even in the first half of the episodes, the show is reliant on the main character, Hikari’s voiceover, as she narrates her life. When other characters start voicing the action during the competition in addition to Hikari’s voiceover, you begin to wonder what happened to “Show, don’t tell” when it comes to filmed entertainment... By this point however, Chidori RSC has established the voiceover as its signature style, and you can just about go with it, but it can still drag down what is an otherwise peppy and entertaining light comedy show. 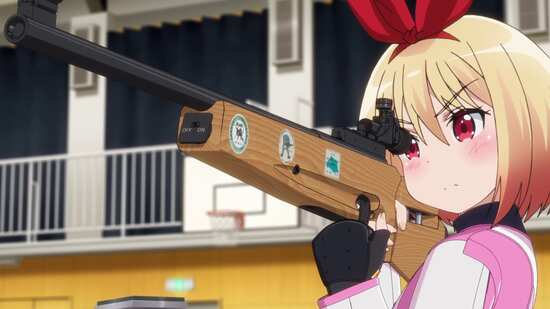 Still, Chidori RSC is fun, entertaining, and it manages to get by on the strength of its likeable characters, clichéd though they are, and it’s charming sense of humour. It’s never going to stand out as anything special in its particular genre(s), but it accomplishes what it sets out to do and doesn’t outstay its welcome.