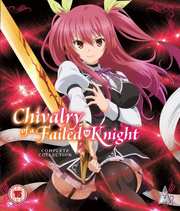 Article
The New Twilight Zone: The Complete Collection out on DVD this April
Recently Added Items

Review for Chivalry of a Failed Knight Complete Collection

Stop me if you’ve heard this one before. An elite school teaching a magical/technological curriculum with an emphasis on combat, for the elites, with national pride on the line in some form of tournament, attended by an unlikely teenage boy who on his first day bumps into a girl in a state of dishabille. It will probably be an exclusive girls’ school in which he will be the only male student, and it’s likely that his big sister is a teacher there. And the show will be based on a light novel series. Infinite Stratos, Undefeated Bahamut Chronicle, Freezing, The Asterisk War, Blade Dance of the Elementalers, Absolute Duo... I mean, is there some sort of unwritten rule that these writers don’t sue each other for plagiarism, just so everyone gets an equal cut of the pie? Now that Chivalry of a Failed Knight is here, barely tweaking the formula by making the elite school truly co-ed, and it’s the girl who transfers in, not the boy, my cynicism is in overdrive. Each time one of these shows comes along, it needs to be even better than the last to grab my attention. 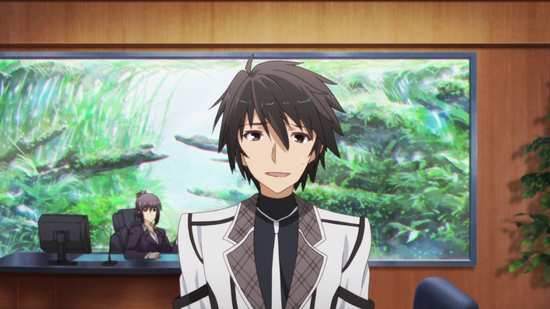 In a world that took a magical turn, it is the strong that excel, Blazers, who can manifest magical armour from their soul, and fight in duels for their nation’s honour. Ikki Kurogane might attend the prestigious Hagan Academy, but his innate talent is practically non-existent, and no matter how much he trains, he will always be graded an F, a failure of a knight. But when the A-ranked Stella Vermillion, princess of the Vermillion Empire transfers in, and challenges Ikki to a duel following one of those naked roommate mix-ups that so often happens in anime, it’s Ikki’s first chance to prove that training and determination can overcome simple categorisation. He defeats Stella in a mock battle, and consequently the princess becomes smitten with him. But that’s just the start of their journey together. 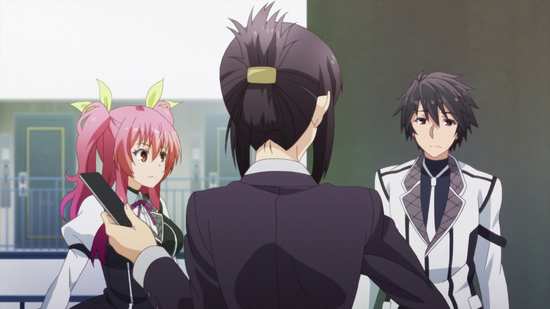 Twelve episodes of Chivalry of a Failed Knight are presented across two Blu-ray discs from MVM. 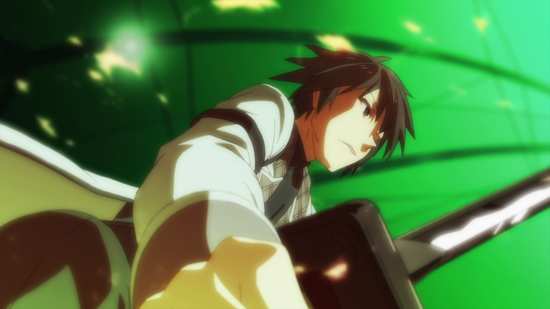 Chivalry of a Failed Knight gets a 1.78:1 widescreen 1080p transfer. To be honest, this looks like most other generic anime series made today. It’s not deficient in any regard. The action sequences are well done, the character designs are appealing if somewhat generic, but they do stay on model. It’s an anime rom-com fantasy sci-fi action show, and it does what it needs to fulfil its remit. But it’s not the most memorable, or visually imaginative of anime. 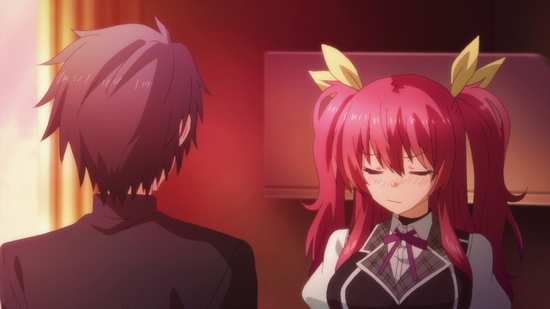 You get the choice of DTS-HD MA 2.0 Stereo English and Japanese with player locked translated subtitles and a signs only track. I was happy with the Japanese audio, and felt no need to try the dub. The actors are suited well to their roles and the action and music comes through well via the stereo audio. There are no issues with glitches and the like. It’s been a while since I last heard one, but Chivalry of a Failed Knight gets an Ali Project dirge for its end theme, giving me regular temptation to use my skip forward button. The subtitles are accurately timed and free of typos. 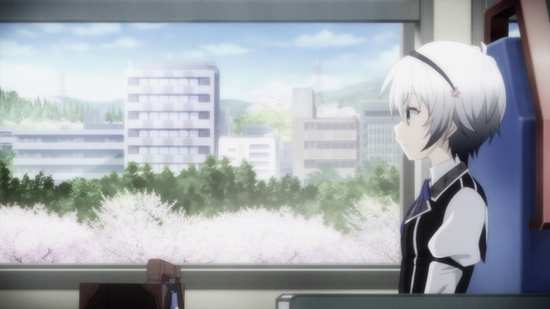 The discs present their content with static menus, and each episode is followed by translated English credits

Disc 2 has the extra features, which comprise 4 minutes of Japanese Promos, 3 textless openings, 1 textless closing, and trailers for Onigiri, Utwarerumono – False Faces, Is It Wrong To Try To Pick Up Girls In A Dungeon, and Diabolik Lovers II: More, Blood. 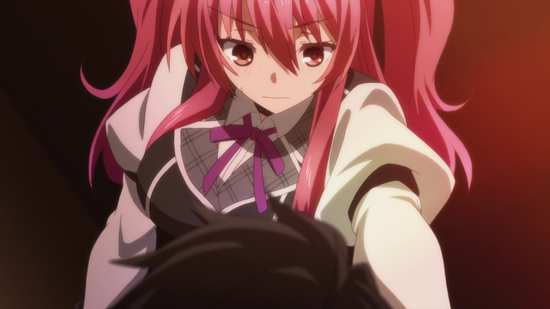 I wanted to hate Chivalry of a Failed Knight with a passion. By episode 2, I was close to throwing it in the bin. My notes for that particular episode are a stream of profanity, and subsequently my motivation to watch subsequent episodes was non-existent. But in the end Chivalry of a Failed Knight grew on me. I actually fell for its charms. I’m using it as grounding for the next title I have to review, a vaccination of sorts. 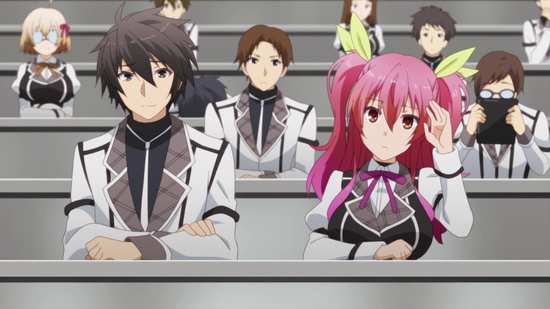 Let’s face it; Chivalry of a Failed Knight has the most unoriginal premise in modern anime. I can’t walk for tripping over another light novel adaptation which sees an unlikely teen male in some strange sci-fi/fantasy combat training high school situation, in the middle of a harem, and really, once you’ve seen one, you don’t really need to see any more. 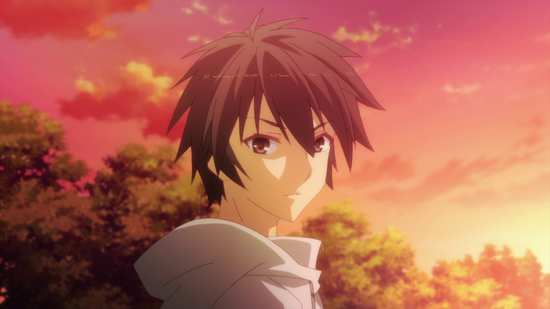 The second issue is that Chivalry of a Failed Knight goes there; it pushes my specific anime hate button. It does the sibling incest thing again. Episode 2, the one that got me ranting, introduced Ikki’s little sister Sizuku, who fits the short, grey-haired girl stereotype, and she has it bad for her older brother. We must all thank our lucky stars that this love remains unrequited, but this whole aspect of anime makes me feel like that bit in Indiana Jones and the Temple of Doom, where Willie Scott has to reach in through millions of bugs to pull a lever. 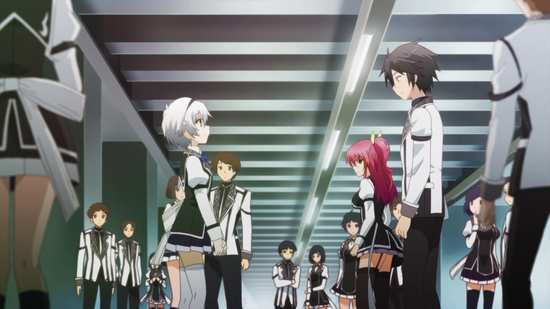 That’s two strikes. I kept waiting for the third strike that would throw me out of this show for good, and let me unleash a heap of vitriol in a review. But the fact of the matter is that the third strike never came. Chivalry of a Failed Knight wound up coming from behind in the ninth inning and won the ballgame in the end. It’s got its stereotypical characters, it’s got tons and tons of fan service, and it’s got its clichéd premise, but what it does, pretty early on, is that it finds its focus and it sticks with it. It develops its characters and the relationships, and it delivers a rousing conclusion that makes it all worthwhile. Sure, like every other series, it hangs on the promise of a second season, but you don’t need one to appreciate the first. 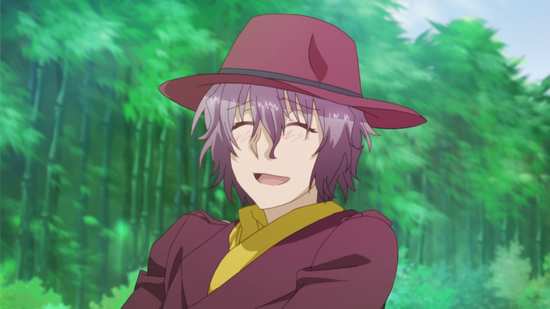 It’s a love story, you see. Ikki Kurogane is introduced as a loser. He has the barest, innate Blazer ability, been disowned by most of his family, can just about manifest a sword, and certainly hasn’t got the superpower type abilities his peers have in the school. He’s just about got himself into the school, and is receiving the bare minimum of education, but he makes up for all that through sheer dint of hard work and effort, despite being ranked as F, a failure of a knight. He suddenly gets a roommate, Stella Vermillion, a princess of the Vermillion Empire, and she’s the exact opposite, so gifted that no one can approach her, A-ranked as a knight. 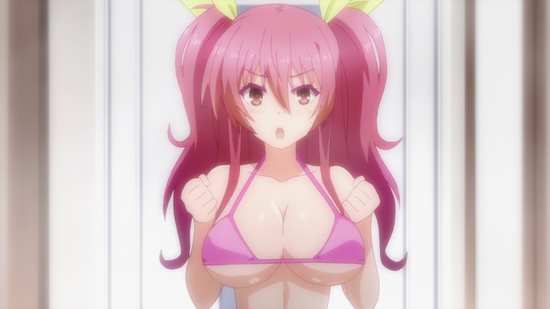 Their first meeting is a cliché. He walks in on her while she’s changing, and a duel ensues. She thinks he’s a perverted commoner, but is impressed when he manages to defeat her. In fact she’s smitten. Episode 2, the one with the amorous sister, seems to hint that this show is going in the harem direction, and you might be forgiven for seeing each new female character introduced as another potential conquest. But while Ikki interacts with characters like Sizuku, Ayase, and Toka, and some might even show some interest in him, he’s never more than polite in return. 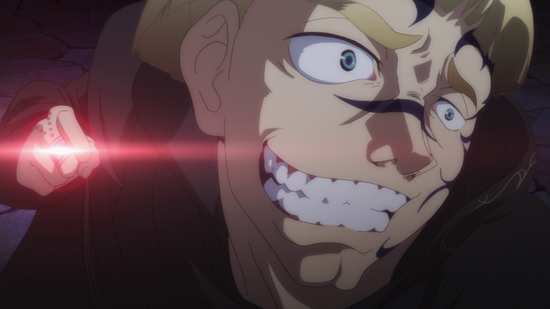 Ikki and Stella remain roommates, and they swear to reach the Seven Stars Battle Tournament together. It’s doubly imperative for Ikki to do so, given that he’ll finally be recognised as a knight. That means going through a school tournament to see who will qualify, and that’s what this series mostly covers. There’s a lot of action, and plenty of levelling up, succeeding through superior willpower and the like. There are also a couple of intriguing plots that run across a few episodes, particularly that of third year student Ayase Ayatsuji, daughter of a renowned samurai who lost his dojo to a rather brutish Blazer. She wants to get the dojo back and restore her father’s honour, and she first seeks Ikki’s help, before learning that he actually stands in her way. 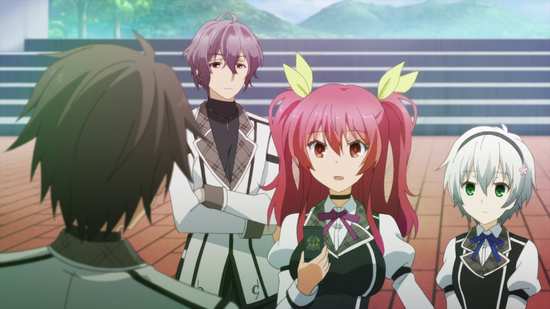 All through this, Ikki and Stella’s relationship develops, although at first it’s mostly petty jealousy and rivalry with Sizuku. But the relationship does develop, and more so than in your average harem anime. When it comes to the conclusion of the series, it boils down to the final of the tournament of course, but really it’s about testing Ikki and Stella’s love for each other, when the ‘scandal’ of their relationship is outed in the press, and Ikki has to face the consequences of his brazen behaviour along with his past. Will true love triumph in the end? You’ll have to watch it to find out. 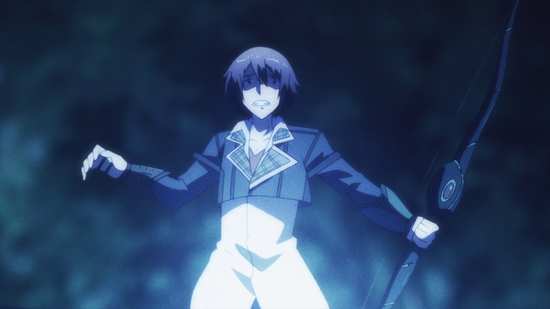 I certainly had to watch it to find out. Chivalry of a Failed Knight deceived me with its hackneyed premise and its tired character clichés, especially at first, but once the first four episodes are out of the way, it just keeps improving until its conclusion. Out of that list of genre clones in my opening paragraph, I might actually like this show the most. And I’ve now gotten my pre-emptive sibling-incest ‘Yuck’ out of the way for the next title on the review pile, Eromanga Sensei.