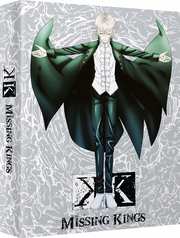 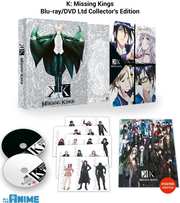 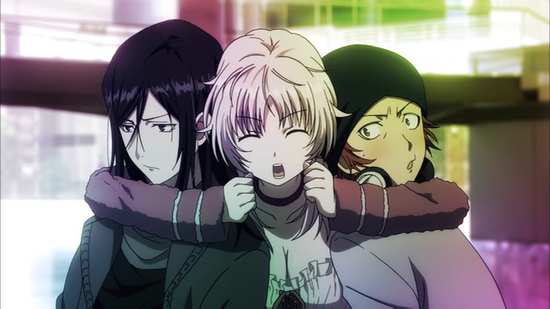 K was, for me at any rate, a fairly watchable, slightly unremarkable slab of anime which was fun to watch, fairly unchallenging but which in no way pushed any genre boundaries. (My review for that series can be found here). So what about the movie, ‘K- Missing Kings’, a standalone feature length ‘episode’ bridging the gap between that first series and the second series of K, ‘Return of Kings’, which is being released at the same time on Blu-Ray in the UK. 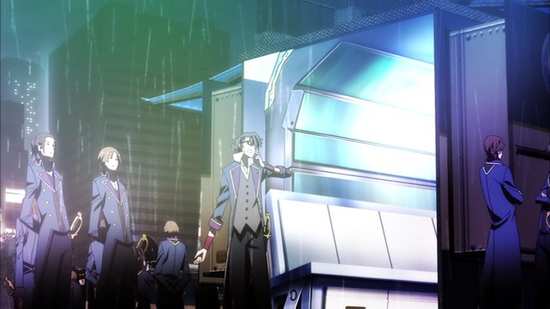 Once again, overwhelmed by a veritable mountain of recently released anime, resident aficionado Jitendar Canth asked me to cover two K-related follow up releases for him this month, which I was only too pleased to do. Of course, that means that you’re stuck with me: a part-time anime meddler with no significant knowledge of the genre. I tend to watch only a couple of series or movies a year. But when has a lack of background knowledge ever stopped me offering up an opinion? Everyone is entitled to my opinion, after all. 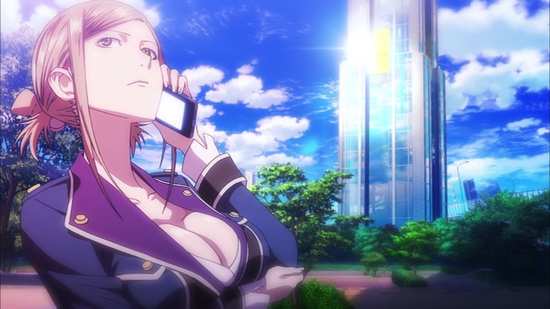 K, the original series, was a 13 parter featuring a teenager (Shiro) who is just your average young student. Until one day, a bizarre and violent ‘clan’, glowing with fire, attack him in the streets. They believe that he is responsible for the murder of one of their group, and when he returns home he discovers a bloodied gown, jogging memories of a parallel life as the Silver King, once possessed by the new king (White Spirit Fox). It also turns out that his cat, Neko, has the ability to transform into a beautiful girl. You know the sort of thing. 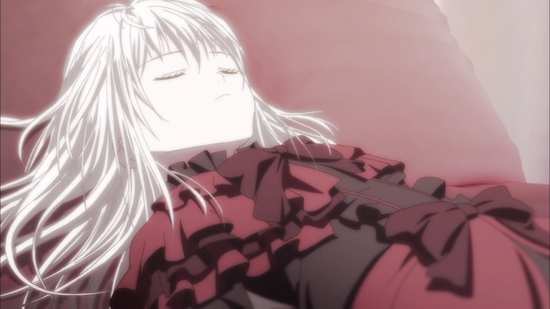 Another young man, Kuroh Yatogami swings in and aids Shiro in his getaway, only to reveal he's also after Shiro's life. Now a hunted man, Shiro has to evade the clans of seven powerful kings and desperately try to prove his innocence - before it's too late. 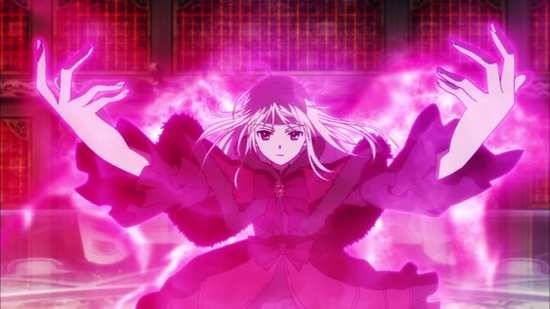 ‘K- Missing Kings’ wastes no time re-capping the original series, so it’s best to watch that first). It picks up almost exactly at the point where the series ended with barely a nod at what preceded it.

The movie (like the series) is set in a city where there are seven kings, each representing a different colour of a clan. So in the original series, the story focused on the Red King versus the Blue King as well Shiro’s back-story.
‘K: Missing Kings’ starts a year after the Red King (Mikoto) was killed by the Blue King (Reishi) who is also the head honcho at SCEPTER4, a crack police unit that ‘protects’ inhabitants of the city. Shiro disappeared and hasn’t been since and we pick up at a point where all his friends have just about given up looking. 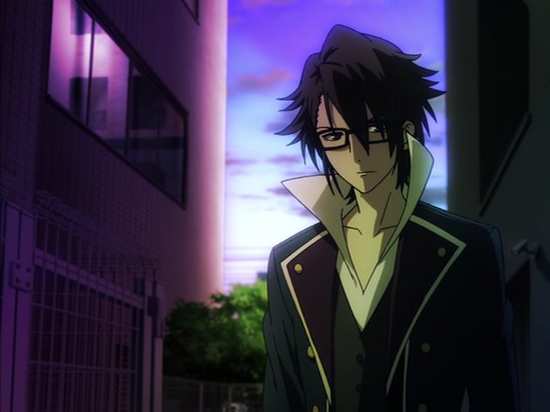 As they continue their search, they encounter a new and terrible threat; JUNGLE, a group led by the Green King. They kidnap Anna (formerly of HOMRA, the group led by the now defeated Red King) who has an innate ability to locate people, wherever they may be, using her magical red marble-sized spheres.

A power struggle starts when the Green Clan threatens to overtake the Gold King's kingdom and is the focus of the film to a large extent. Luckily, the Green Clan are easily identified as oafish Green clad ‘monsters’ so it’s easier to follow the action than this review might make it sound.

The remaining members of the Red clan join with both the Blue and Silver clans to wage war against the Green King and JUNGLE to try and rescue Anna.

I won’t spoil too much more here suffice to say that the film ends on an Eastenders like cliffhanger, ready to be picked up in Series 2, ‘K – Return of Kings’ which I will be reviewing in the next couple of days. 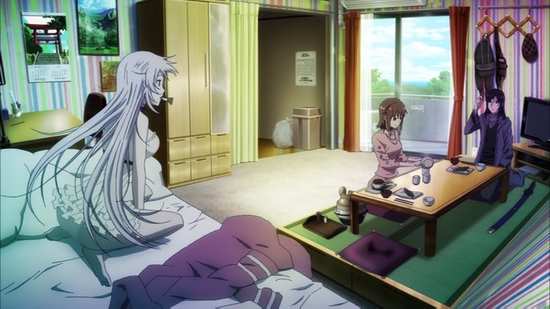 Unlike Series 1, I found myself warming to the characters more and more, which continues into the superior Series 2. Kuro Yatogami, for example, or ‘The Black Dog’ as he is also known, was barely featured in Series 1; just a lost soul wondering the streets. Here he is very much a friend and ally to Shiro and becomes a paid-up member of the Silver Clan, along with Shiro and Neko. Anna is somewhat transformed after her capture and becomes the focus of the film, more or less, and quite a different character by the film’s end.

Kuro is amusing too; a whiz with a sword, carrying a tape recorder so he can listen to his late master’s words of inspiration and guidance. Neko, who is a cat, manifests into a human again but still provides much of the film’s humour, though she also proves herself an able fighter.

Then there’s a new character, Douhan Hirasaaka, who possesses the Green Clan power to pass through walls unnoticed, enabling her to kidnap Anna with ease. The Green King (no, not a pub), Hsui Nagare, appears in the form of a green parrot that follows Yukari around, giving out the orders and corralling the team's energy (from their electrical devices like phones) into a ball of power which can cause wild explosions. Yes - such unlikely happenings are all possible in anime!

Finally, the street cool, skateboarder Misaka Yata, despite being a grumpy git, is one of HOMRA’s best weapons against the Green Clan.

The film is pretty much an elongated episode, running for a mere 73 minutes, though is an essential bridge between the two series. For my money, it was faster moving and a lot more fun than the series that preceded it, teeing up Series 2 which definitely takes ‘K’ up a gear. 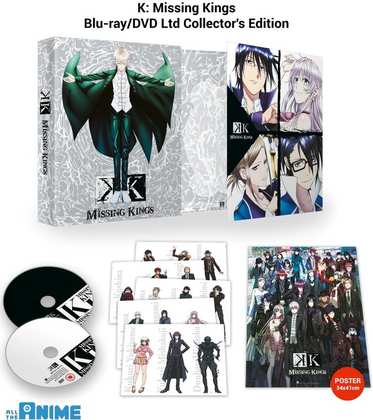 It looks great too and the Blu-Ray HD rendition is flawless, even on a 50” screen. The colour pallete used is surprisingly vibrant with rich pinks, blues and purples and solid, satisfying backgrounds.

The English dub was excellent, if a little ‘familiar’ – you sense you’ve heard these voices a lot previously in other anime, so nothing particularly original.

The combo pack is available, I believe, in a limited-edition pack which also houses some art cards and a poster. The only extras are a bunch of trailers.

All in all, an enjoyable adjunct in a series that is on the up, recommended only for those who have already seen K series 1 and have every intention of watching series 2.