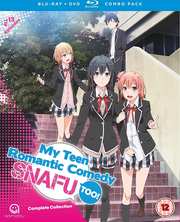 Review for My Teen Romantic Comedy SNAFU Too! Blu-ray/DVD Combo

I might have been a little harsh on My Teen Romantic Comedy SNAFU. For me it was a case of a show that failed to live up to its promise. It was sold as a non-romantic comedy, focusing on the unlikely protagonists, the unpopular kids in school, the outsiders. It offered a rather pessimistic view of high school life and relationships, with a main character that could cut through the window-dressing, and reveal the harsh truth. But in the final analysis, it turned out that there was a fair bit of rom-com in the show, without the non, and for all the promise of a more realistic look at teenage issues in the problems the Service Club took on, it kept things pretty light and trivial. But that analysis says more about my expectations than the actual show itself, which was at least entertaining, well put together, with some likeable characterisations. It was certainly good enough to warrant a second season, and now, just a few months after the release of Season 1, My Teen Romantic Comedy SNAFU Too is being released in the UK. This time I’m approaching it without expectations to be dashed. 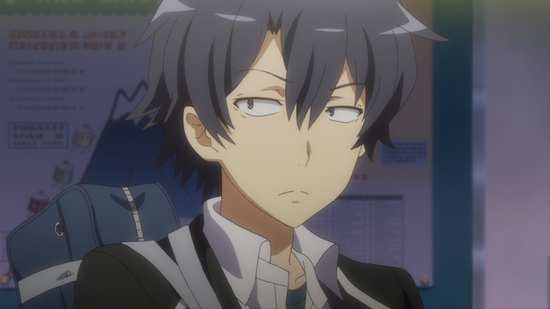 Hikigaya Hachiman is one disillusioned teen. He has no friends and no ambitions in high school; although you might think missing out on the start of school because of a traffic accident might have contributed to the former. But with a personality like his, an outsider looking in at the ‘hypocrisy’ of teenage interpersonal relationships, and cynical about the motivations of adults, it becomes clear that this boy has a problem. He writes one smartass essay too many for the comfort of his teacher, Miss Hiratsuka, so as an added punishment (after a physical chastisement), he gets assigned to the Service Club. It’s a club with just one member, Yukino Yukinoshita, a rather blunt and straight talking girl with a similar view of the world as Hikigaya, but rather than avoid it, she means to change it. The Service Club is one way of doing that, accepting requests for help from other students and solving their problems, and Hikigaya is the first recruit. It may be contempt at first sight, but this might just be the thing that will rehabilitate Hikigaya. Their first client is a girl named Yui Yuigahama, who needs help with her lack of cooking skills. She’s similarly wary of Hikigaya, but for some reason doesn’t shun him straight away. 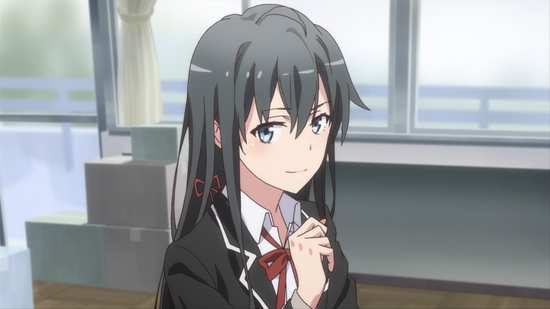 13 episodes of My Teen Romantic Comedy SNAFU Too are presented across two Blu-ray discs from Animatsu, and the adventures of the Service Club take a turn for the serious in this second season. This is a combo release, but I saw only the Blu-ray check discs.

Disc 1
1. No One Knows Why They Came to the Service Club
2. His and Her Confessions Reached No One
3. Quietly, Yukino Yukinoshita Makes a Decision
4. And Yui Yuigahama Makes a Declaration
5. In That Room, There is No Longer the Scent of Tea
6. Without Incident, The Congress Dances, but Does Not Progress
7. Even So, That Room Continues to Play Out the Endless Days
8. Even Still, Hachiman Hikigaya is...
9. And Yukino Yukinoshita is...

Disc 2
10. The Thing That the Light in Each of Their Hands Illuminates
11. Hayato Hayama Always Lives Up to Expectations
12. Still, the Thing He Desires is Out of Reach, and He Continues to Mistake What’s Real
13. Spring Always Comes to Life Buried Underneath a Pile of Snow 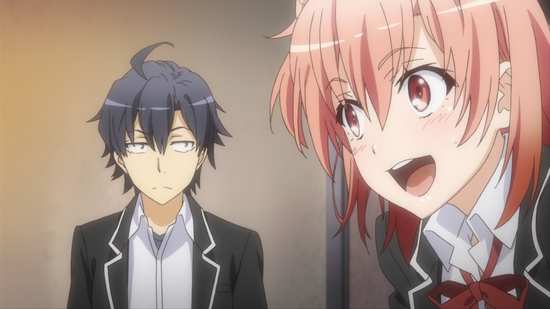 My Teen Romantic Comedy SNAFU Too gets a 1.78:1 widescreen 1080p transfer on these Blu-ray discs. The image is clear and sharp throughout, with strong consistent colours, and the animation is free of compression artefacts and the like. The animation duties switched to Studio feel for the second season but they maintain a consistency with season 1, although the animation feels sweeter (pun intended). It still has that KyoAni sensibility. Certainly there is a Chunibyo feel to the character designs and style of the animation, although they aren’t quite as polished and nuanced. Then again, there’s a lot less in the way of idle frivolity in the animation. It’s a standard high school set-up, with agreeable character designs, a recognisable contemporary world design, and strong, fluid animation throughout. 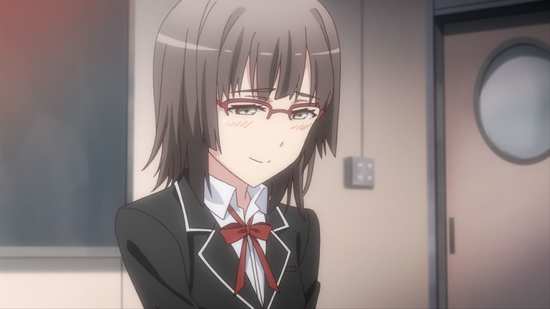 This is a subtitle only release from Animatsu, and mirroring the Sentai discs, the only option here is a DTS-HD MA 2.0 Stereo Japanese track, with subtitles locked during playback. The audio is fine, no glitches or dropouts, bringing across the show’s music, dialogue, and occasional moments of drama to good effect. The show gets a couple of nice theme songs, with four arrangements of the end theme, while the incidental music suits the show. The actors are well suited to their roles, with Hikigaya’s voice actor doing a great job in embodying the character’s innate cynicism. The subtitles are accurately timed and free of typos. 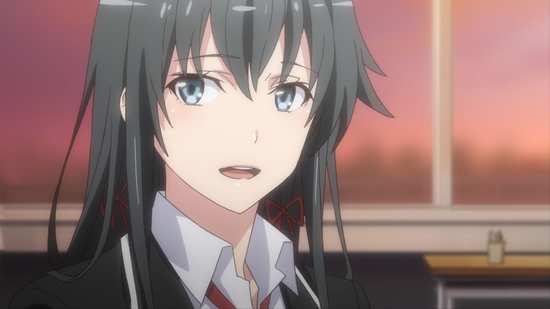 The extras on disc 2 amount to the textless credits, one opening, three closings, and one special opening. 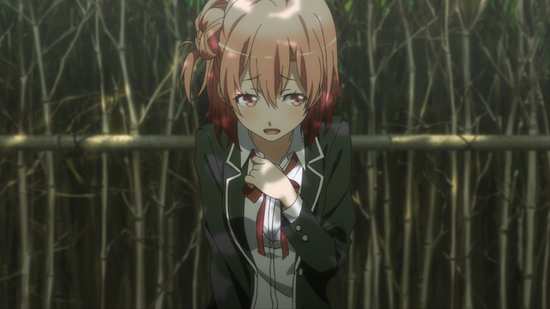 Be careful what you wish for... The sticking point for me with Season 1 was despite an intriguing premise, it was a show that remained markedly trivial and humorous, shunning the darker psychological aspects of the questions that it asked about teenage relationships, alienation and ostracism. My Teen Romantic Comedy SNAFU Too, the second season, actually does go down this path, taking its premise more seriously, toning down the comedy, emphasising the drama, really focusing on the character relationships. It’s still not a non-rom-com as I thought it might be, but this time around it’s hardly a rom-com either. There is a bit of rom to it, but it’s angsty-rom. 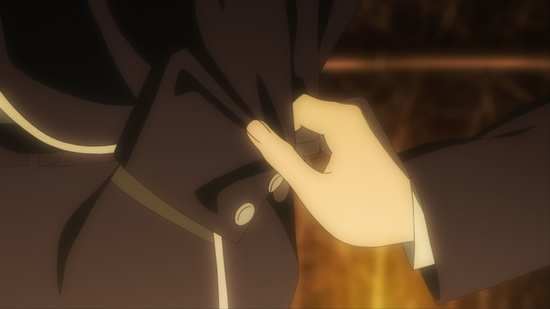 This is what I wanted from My Teen Romantic Comedy SNAFU, so why aren’t I enthusing about this second season? Well, it is better than the first season, but not spectacularly so. I can’t quite put my finger on it, but I get the feeling that its potential was lost in a whole lot of introspective navel-gazing from the characters, and circumlocutory amateur psychological analysis. These are characters who love to think, who love to talk, but who aren’t too hot on communicating. Of course that’s the whole point of the show, that teenagers can’t get their emotions across, but there are times in the show where the audience gets way ahead of the characters, and wind up waiting for them to catch up. 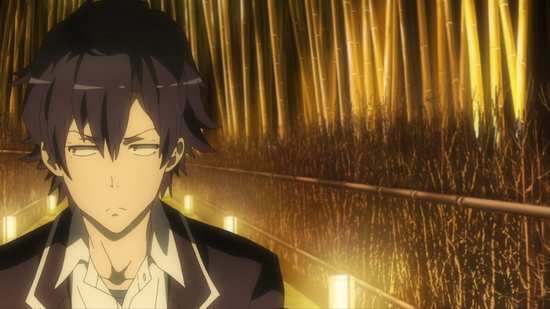 The Service Club is still in session, helping the students around school with their various issues, including a boy who wants to confess to a girl in his class, but doesn’t feel he can take rejection, there’s a girl who ‘doesn’t’ want to be Student Council President, despite being a shoe-in for the role, and there’s the Christmas Event, two schools supposedly working together, but hamstrung by organisational difficulties. But this time, the story focus is really on the Service Club trio of Hikigaya, Yui and Yukino ahead of the problems that they deal with. The second season also makes better use of its characters. In the first season they tended to make an appearance for a request, and then would vanish for whole episodes, occasionally popping up again in a cameo. Here, the characters really flow through the story, grow and develop, and there’s less chance of losing the thread. 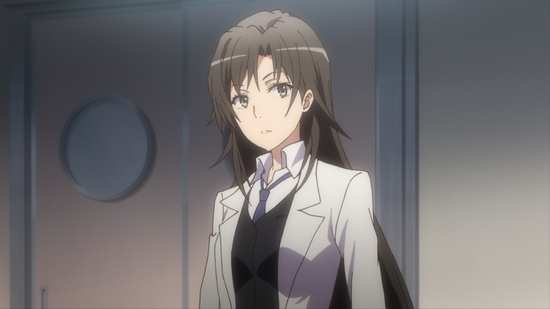 There are also new characters to liven things up, especially the reluctant student council president, Iroha Isshiki, a superficially bubbly, likeable girl who has a remarkably similar attitude to life to Hikigaya. They actually find points of commonality that bring them closer together over the season, making the relationship dynamics a little more complex. 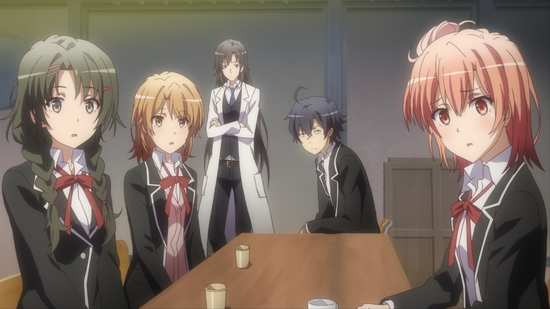 Season 2 is where Hikigaya’s chickens come home to roost, as his approach to relationship problem solving goes too far. In season 1, he was shown as the kind of guy who took the quickest route possible to a solution, and if it meant hurting someone, he’d make sure that he was the one who got hurt, given that he was a friendless loner anyway. The thing is that he’s not exactly friendless anymore. While they aren’t exactly good at communicating the fact, it is clear that Yukino and Yui have an affection for him, and people who care about someone can’t bear to see them hurt themselves. One sacrificial solution to a problem too far, and the very existence of the Service Club is in jeopardy, as Yukino and Hikigaya clash over how to do things, and with Yui ineffectually trying to mediate. 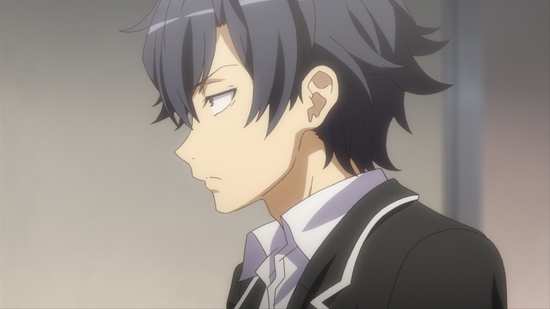 Basically, the characters see each other through idealised filters, and they want to protect these ideal people from themselves. Hikigaya sees Yui as kind and warm, and wants to keep her that way, he sees Yukino as strong and principled, and doesn’t want to see her weakened. Of course people are more complicated than that, and coupled with their inability to communicate what they are truly feeling, they have a lot of issues to work through in this season. Not that there isn’t any comedy, there certainly is much to chuckle at in this second season. I love the Christmas Event Collaboration story, where two schools’ student councils have to work together, only the other council is led by a president who’s been to business school, he wants to brainstorm, round-table, run ideas up flagpoles, and proactive his way into getting absolutely nothing accomplished. The perfect politician, he’s surrounded by sycophantic yes men. Hikigaya’s first job is to actually translate what he’s waffling on about. 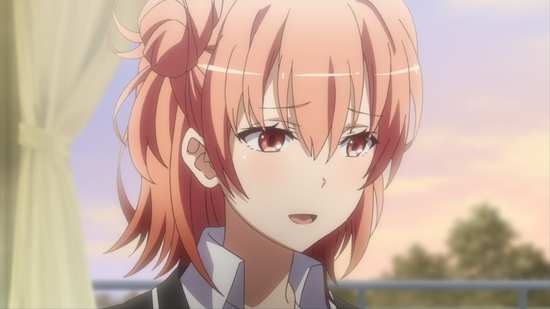 I did enjoy My Teen Romantic Comedy SNAFU Too a lot more than the first series, which makes its ending even more frustrating. For the final couple of episodes, the requests and the antics drop away to focus on the trio of Yui, Yukino and Hikigaya. Valentine’s Day is imminent, and they have some unresolved romantic tension to resolve. But at this point the narrative gets just as uncommunicative as the characters regarding the issues they are facing at home, with each other, and with the impeding final year of high school. We know it’s all about both Yui and Yukino’s barely acknowledged romantic feelings for Hikigaya, but there’s no need for the show to resort to implication and allusion at this point. And in the final analysis, nothing is resolved. It’s all left hanging for a potential season 3. This is all the more frustrating, as Season 2 is where the show does finally come good.