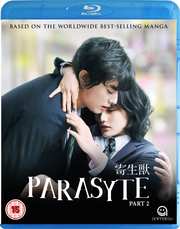 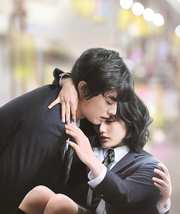 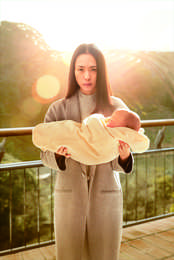 Review for Parasyte The Movie: Part 2

The pesky schedule changes got in the way of a potentially, and surprisingly appetising Parasyte sandwich in the end. The first instalment of the Parasyte: The Maxim anime got delayed at the last minute, moved back from its slot between the two Parasyte live action movies. I also might have mentioned at some point that we in the UK were getting an English language exclusive on the Parasyte movie Blu-rays. That turns out not to be quite the truth, as I subsequently was informed that Madman Entertainment in Australia had released Parasyte the Movie Part 1 on DVD and Blu-ray last November. But, it seems that when they release Part 2 in June, it will be DVD only. So touch wood, This Parasyte the Movie Part 2 Blu-ray I’m reviewing really is an English language exclusive to the UK. 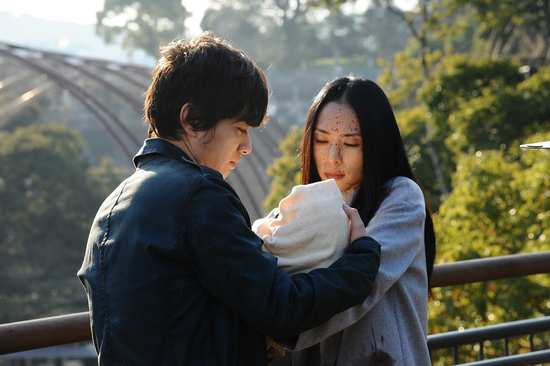 The question is posed, what would happen if the human population was reduced? Would reducing the human race cut down on pollution, save endangered species, restore the environment? It seems that someone or something has an answer, to put something else at the top of the food chain. The parasite that comes to shore in Japan is a particularly insidious predator, a bug that enters through the ear and invades the host’s brain, subsuming the personality and transforming the host body, using that body to feed... on humans. Only something goes wrong when a parasite tries to take over student Shinichi Izumi, as he happens to be wearing headphones at the time, and the best that it can manage is invading Shinichi’s hand. Shinichi wakes to find that his hand is no longer his own. These parasites are here to devour humans, but it turns out that Migi, as he names his new hand, gets enough sustenance from Shinichi’s blood, and then having to coexist, they form more a symbiotic relationship than a parasitic one. Shinichi’s worldview begins to alter, while Migi gets a crash course in humanity, and turns out to be even smarter than his host. They’ll have to learn to work together, as the other parasites are smart too, and they quickly learn to move beyond serial killing and cannibalism to infiltration and global conquest. 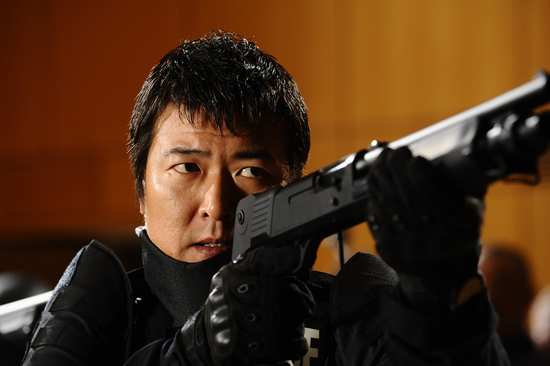 In the first film, the insidiousness of the parasite invasion continued to grow, with Shinichi’s chemistry teacher, Ryoko Tamiya revealed as a parasite which had inherited the host’s fascination for experimentation. Meanwhile the recent elections to the city council had actually put a parasite in as Mayor, and soon City Hall was a parasite stronghold. When Shinichi and Migi tried to do something about it, the parasites targeted those that Shinichi cared most about, with tragic consequences. As the second film starts, Shinichi has become something of a vigilante, hunting down and slaughtering any parasite that he can find, while the tide in the battle is beginning to turn, as a police task force has figured out how to tell the parasitized humans and normal humans apart. And while the strain is beginning to show in the ranks of the parasites, as they interact more and more with humans, one of Ryoko Tamiya’s experiments is about to go out of control. 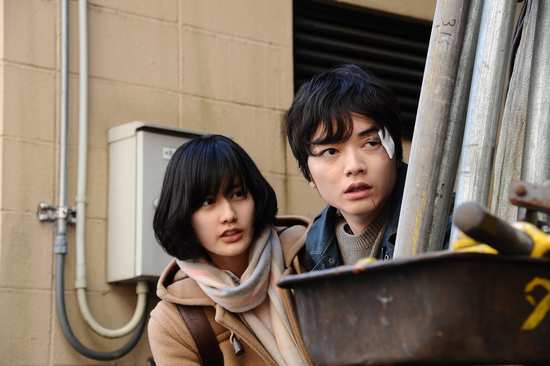 Just like the first film, Parasyte: The Movie Part 2 gets a decent transfer on this Blu-ray, a 2.40:1 widescreen 1080p transfer from a digital source. The image is clear throughout, detail levels are good, although there might be some slight banding in a couple of scenes, and blacks aren’t quite that well defined, with shadow detail somewhat wanting. The film’s look is pretty strong, a grimy, slight sepia toned feel to proceedings that suits the mood of the story. You have the choice between DTS-HD MA 5.1 Surround, and PCM 2.0 Stereo Japanese, with optional translated subtitles. The audio is strong, the surrounds put to good use conveying the film’s action, and the dialogue is clear throughout. The subtitles are timed accurately and are free of typos, and on-screen text is translated too. The disc presents its content with an animated menu screen, and the sole extra is the Making Of, 25:16 of b-roll footage in 1080i; just scenes of people making a film, with little context, no voiceover, and no interviews. 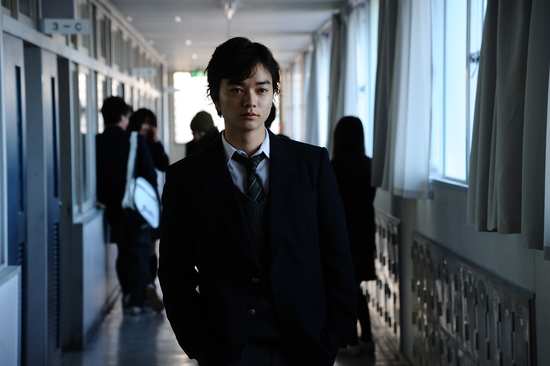 If the recap at the head of the movie isn’t enough indication, Parasyte The Movie Part 2 is a direct continuation of the story begun in Part 1, following the modern fashion of splitting long movies into two, to save on the numb behinds of poor theatre goers, and coincidentally doubling the profits. Thankfully Animatsu are releasing the two films merely a couple of months apart, and Part 1 is fresh enough in my mind for me to just pick up again with Part 2. And while Part 1 certainly had promise, taken as a whole with Parts 1 and 2 together, the four hour film that is Parasyte is pretty good indeed. It’s one of the better anime/manga adaptations to live action that I have seen, up there with the Death Note movies and 20th Century Boys. 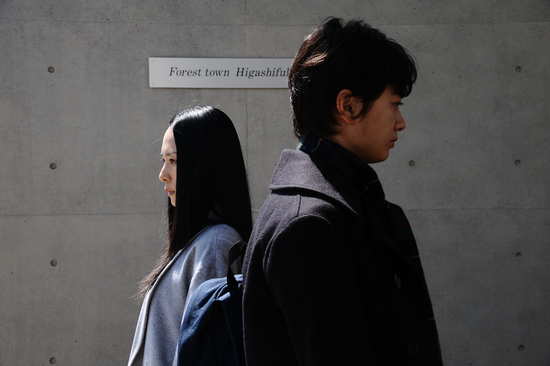 In the review for Part 1, I talked about the influences, and reference points on this film, and to that list from last time, you can add The Matrix too, although once again, it isn’t a matter of copying, so much as it is sharing the odd idea and plot development. However, when it comes to Terminator 2, the climax of this film is more than just an oblique homage. Picking up where we left off, and with Shinichi having faced the trauma of the end of part 1, he’s withdrawn from his emotions even more, and is cold-bloodedly hunting down the other parasites. Naturally his actions invoke a reaction, although, there is strain in the ranks of the parasites, with Tamiya advising restraint, suggesting that the Migi-Shinichi symbiote is a potential hope for the parasites in learning to live alongside humans, while the more ‘traditional’ parasites merely want to kill him. 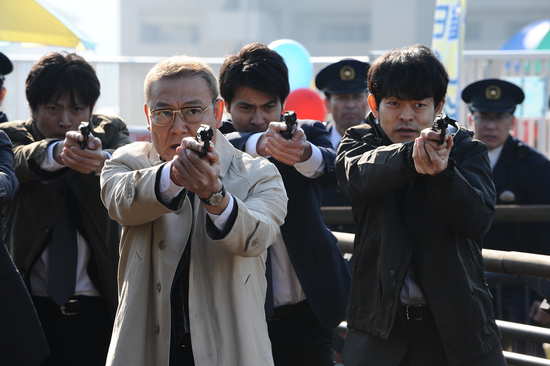 Tamiya’s judgment is being swayed by the human child that she gave birth to, and that she’s now raising as her own, her experiment having an unintended effect on her. So she hires a reporter to keep tabs on Shinichi, a human that won’t trigger Migi’s senses. This deception proves to be tragic for all concerned. At the same time, the police have figured out how to tell the parasites from normal humans (if there is a weak point in the plot, it’s the deus ex machina of having a psychopathic serial killer able to tell the natural born killer parasites apart from humans, but it does come around full circle in the end). But while the police prove effective against most of the parasites, it’s the experiment gone wrong that proves too much of a challenge, and is the foe that Shinichi and Migi have to face at the climax of the film. Goto is Tamiya’s creation, a single host body with five parasites infesting it, and his abilities are far beyond the other parasites, a T1000 to Shinichi’s good T800. 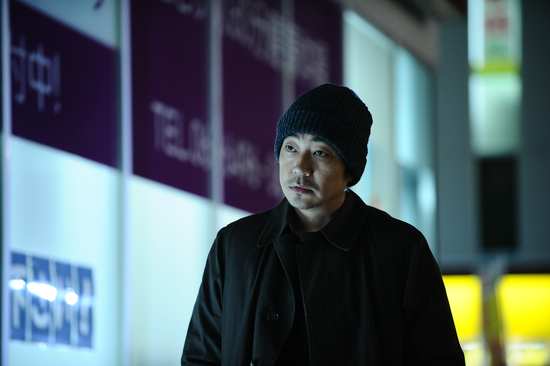 Just as Terminator 2 had the narrative irony of having its climax take place in a steelworks, Parasyte follows its theme of humans despoiling the Earth and has its big climax in a waste disposal facility. It really does deliver on the message that lies at its heart too, the comparison between humans and parasites, and how humans treat the Earth which they inhabit. One of the strongest moments in the film is the reveal of just where the parasites came from, and why they are here. All of this ties in to Shinichi’s character arc too, which is played out very effectively in the film. 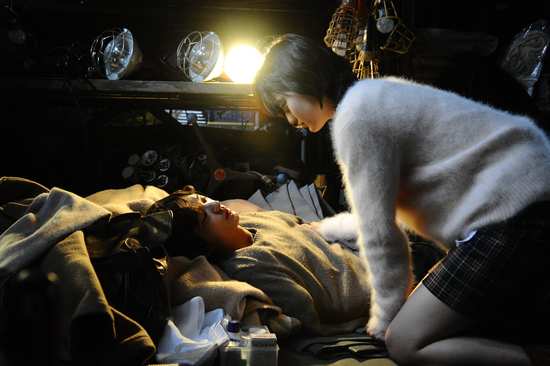 It’s easy to be cynical about the Japanese film industry, and of late it seems that every big movie announcement is the sure thing of a manga/anime adaptation. It mirrors Hollywood and its current and continuing obsession with comic book movies, and it’s easy to feel that originality and creativity is being sapped out of the industry in favour of the sure financial success. But even within this genre, you can find effective, well made, and meaningful films. The Parasyte duology is well worth checking out as one of the better manga/anime adaptations.