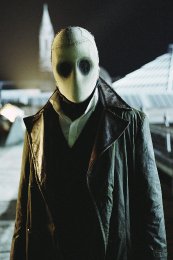 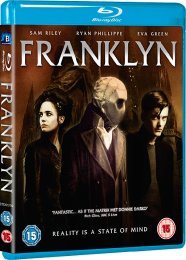 Synopsis:
Jonathan Preest (Phillippe) is a masked vigilante detective operating within the futuristic, dystopian metropolis of Meanwhile City, a city under totalitarian religious control. His current quest is to seek out his nemesis, The Individual, who Preest holds responsible for the death of a young girl. Meanwhile, in contemporary London, three people are living out their daily lives completely unaware that their destinies link them not only to each other but also to Preest.

Milo (Riley) is a heartbroken twenty-something, recently jilted just before his wedding, who yearns for the purity of first love and believes he may have found it when he reconnects with his childhood sweetheart, Sally (Green). Emilia (also played by Green) is a troubled art student whose latest project dangerously involves documenting her own suicide attempts on video. Peter Esser (Hill) is a man of faith who, in desperation, has travelled from Cambridge to search for his estranged and mentally disturbed son who has gone missing amongst the homeless shelters of central London. As the lines between their respective worlds begin to blur, Preest, Milo, Emilia and Esser each receive a glimpse at the inner workings of fate and its ability to transcend and affect vastly different environments and existences.