Article
Resurrecting the Street Walker out on DVD in June 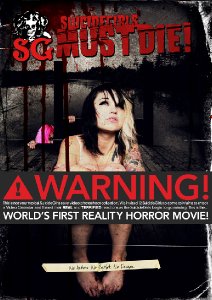 No actors. No Script. No Escape.

(Los Angeles, CA) - First Look Studios proudly announces the DVD release of SUICIDEGIRLS MUST DIE!, the first reality horror movie. When twelve nude models from the infamous SuicideGirls.com begin disappearing from a remote cabin, the calendar video they are shooting becomes a fun SuicideGirls' getaway gone dangerously wrong. SUICIDEGIRLS MUST DIE! is a blend of black humor and unnerving horror - with no actors and no script - it's all true. Except for the killings of course, but the girls don't know that! It is a scantily clad hellride that will leave you in stitches. SUICIDEGIRLS MUST DIE! is available on DVD June 29, 2010 at an SRP of $28.98.

SuicideGirls is a contemporary lifestyle brand that began in 2001 as a community, an online publication and a collection of alternative pin up photos. Combining the DIY attitude of underground culture with a vibrant, sex positive community of women (and men), the company was founded on the belief that creativity, personality and intelligence are not incompatible with sexy, compelling entertainment, and millions of people agree. SuicideGirls.com mixes the smarts, enthusiasm and DIY attitude of the best music and alternative culture sites with an unapologetic, grassroots approach to sexuality. They boast over 400,000 monthly subscribers and receive 1500 "hopeful" photo submissions each week. They have over 1.7 million friends on MySpace, 409,000 fans on Facebook and 35,500 followers on Twitter.