Article
My Collection Is Complete

Article
I'm Pretty Sure I Haven't Got Writer's Block

Article
Some Days I Don't Know Why I Bother

Article
3D Or Not 3D, That Is The Question

Sick Of The Dark Knight 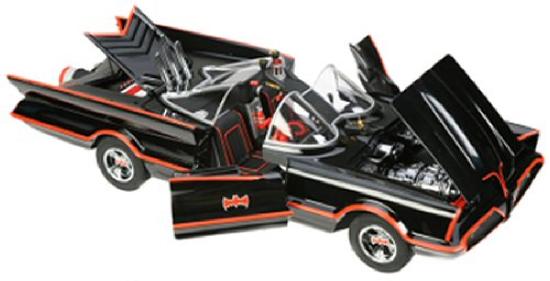 Am I the only person on the planet who's sick of the Dark Knight? Not Batman himself, but the current vogue for portraying the caped crusader as a dangerous vigilante psychopath.

I think Tim Burton and Christopher Nolan have a lot to answer for.

I tell a lie. Frank Miller has a lot to answer for. Who he? I can hear the non-fanboys among you asking. Frank Miller is the cult graphic novelist responsible for Sin City, and in March 1986 the four-issue mini-series Batman: The Dark Knight Returns which has coloured the franchise film noir black ever since. Miller, one of the first comic book artists to get proper artistic recognition, took the ailing Batman franchise and made it darker than it had ever been in the early days of the 1940s.

Comic books had never really enjoyed any kind of recognition from the conventional art world. Regulated in the US since the scandals of the EC horror comics of the 1950s, comics had been sanitised and were dismissed as only fit for kids. By the 1980s, the artists and writers creating the comic books craved artistic recognition. It wasn't enough to write a comic book, they wanted to write graphic novels. Fair enough, artistic snobbery is a hard wall to butt your head against when you're creating something and it's dismissed by the Establishment as "for the kids".

The thing is this post-modern world seems fixated on two words - "dark" and "gritty". Anyone who knows me (and it is something of a running gag hereabouts) knows my feelings on "dark and gritty" - the only good thing that's dark and gritty is properly laid tarmacadam. And that was what the artists did to Batman, and for that matter all the DC Comics characters.

Whenever I make anti-Dark-Knight noises, I always get accosted by fanboys who sneer "have you ever read the comics?" in that supercilious "have you ever read Shakespeare?" tone. Well, as a matter of fact I have and I've probably read more comic books in my time than most, and over a wider time frame. I've read Batman comics going back to the franchise's conception back in the 1940s (reprints admittedly), and the concept of damaged-Batman is purely recent.

Yes, Bruce Wayne was set on his course as the caped crusader by the killing of his parents, but in the original comic that gave him more of a sense of right and wrong, and a purpose as a crusader against crime. The modern Batman is more of a Dirty Harry character in bulletproof latex.

I appreciate modern audiences need more depth to characters - more motivation and back-story - and to that extent, modern Batman admittedly does work but at the cost of the scope of imagination of the early strips.

Batman was first published in the May 1939 issue of Detective Comics, created by Bob Kane and Bill Finger. In his earliest incarnation, Batman was admittedly a superhero vigilante not above using a gun to dispatch his adversaries.

Published monthly, the comic book built slowly on the Batman story. His back-story - the killing of his parents - was only put in place in November 1939. Robin The Boy Wonder made his first appearance in Detective Comics #38 in April 1940. The first of the familiar supervillains The Joker and Catwoman debuted in the spring of 1940, and the influence of DC Comics' story editor saw Batman swear off the use of firearms. Gotham City only got its name and the Batmobile finally appeared in the early months of 1941.

The character of Batman, however, was a success from day one. Earning his own title in the spring of 1940, he continued to appear in both that and Detective Comics and make guest appearances in other DC Comics throughout the Golden Age of the comics right up to the present day.

The history of Batman splits into four distinct ages. The Golden Age, according to the cognoscenti, lasts from the debut of the character in May 1939 to 1956. It includes the introduction of all the familiar characters, supervillains and technology. The Silver Age came in the late 1950s, introducing the concept of "Earth-2" to explain away inconsistencies in the DC Comics universe as many of the DC Comics franchises were re-booted. The Silver Age lasted into the 1970s when further re-boots took place under the aegis of writer Dennis O'Neil and artists Neal Adams. The Modern Age of Batman dawns in March 1986 with Frank Miller's best-selling re-boot of the franchise Batman: The Dark Knight Returns.

A lot of Batman aficionados (from the Latin for fanboy) look down their noses at the 1966 series, citing it as that "silly comedy show", but personally I have my doubts whether you could call it a comedy show. If you've ever watched the repeats on BBC4, the thing that's most noticeable is the absence of a laugh track - that pre-recorded cue for the humour-confused that was added de facto to all US-made comedy shows throughout the 1960s. Batman never had canned laughter added, and it was only the producers of M*A*S*H in the 1970s who finally managed to convince the Networks that a laughter track was completely unnecessary for a filmed comedy show.

If you look at the comics of the 1940s and 50s, specifically those scripted by Bill Finger, you can see all the elements from the 1960s tv Batman large as (and larger than) life. Finger's scripts frequently featured oversized props such as umbrellas, musical instruments and even a manual typewriter.

Adam West's Batman is a character of genius, a caped crusader who treats everything with the deadly seriousness of defusing an atom bomb. In comedy terms, he is the perfect precursor of the Zucker Brothers characters in the Airplane and Naked Gun franchises - delivering the most excruciating lines in a completely deadpan manner. But the incredible thing about that delivery is if you take it all at face value - if you can accept the idea of the Joker holding Gotham City to ransom by turning the water supply to strawberry jelly - it successfully straddles the two chairs of absurdist comedy and derring-do adventure. Batman isn't a send-up or spoof; it's a glorious adventure series that happens to keep its tongue in its cheek.

Call me weird, but I'd love to revel in the sheer nuttiness of the classic comic books - not just Batman, but Superman, Wonder Woman and the rest. The Dark Knight concept is twenty-two years old, while Batman himself will be celebrating seventy years of caped crusading next year. Isn't it time for a change?

POSTSCRIPT: I'm actually dreading Frank Miller's screen version of Will Eisner's classic comic book The Spirit. The Spirit I recall was a character full of humour, especially one-liners. From the pre-publicity currently out and about, it's looking more like a fetishised version of The Shadow, to the extent I wonder if somebody has their comic books mixed up…

I must confess I sort of miss reading comic books. I went through a phase in my early teenage years of obsessively reading about 10 or so Marvel comics, with Spiderman (I think there were 2 or 3 ongoing different types of just that one super hero) and Iron Man being amongst my favs.

I have no idea how much stuff from the mid eighties onwards goes for now, but if it wasn't too pricey (a couple of quid each say) I'd seriously consider getting them again from that golden age (well for me anyway) onwards.
posted by Robee J Shepherd on 8/7/2008 00:33
I've seen these Marvel Masterworks collections in my local library, whole volumes of classic era comics for all characters from Spiderman to Daredevil... They're about 250 pages each, so I'm guessing each volume captures around 10 issues...

They've got a whole section in Forbidden Planet

There should be some in paperback too, but I can't find them here.

EDIT: Here they are, under Marvel Essentials, and a whole lot cheaper too...

www.forbiddenplanet.co.uk/index.php?main_page=index&cPath=388_390_416&sort=20a
posted by Jitendar Canth on 8/7/2008 09:58
I prefer the noir-ish versions of Batman. The character, the backstory and his little slice of the DC universe just fit with the glum moodiness.

However, they've yet to better the 60s Batmobile!
posted by Matthew Smart on 8/7/2008 16:42
I've just been reading electronic versions of the original 194O's Batman stuff and you'd have to say that it's very dark indeed....closer to the Frank Miller depiction than to the 60's show by miles. The Joker was esepcially sinister in his earliest incarnation - all his victims would be found dead with a murderous grin upon their faces which was spooky stuff indeed.

That said, I loved the camp sixties thing. I loved it as a kid and I love it now. Full of bright primary colours and crazy chipboard studio sets, it was what TV was all about in those halcyon years of early colour. It certainly wasn't the era for 'dark' - unless you count 'Dark Shadows' which was in black and white and well, you get my point!

I'm intrigued, Stu. Electronic versions of the 1940s comics? I still prefer the sixties Batman, but if the original comics are that dark I might revise my opinion on the Dark Knight.

I've got to say, the shots of Two-Face that Chewie posted look a bit over the top for a 12A. The Mummy got a 15 for not-so-nasty imagery. Time was once a face like that would have got an 18, no sweat.

I have several thousand 'silver age' comics in electronic form, and quite a few 'Golden Age' (including the complete Batman). I particularly like Horror comics so I have rather a lot of those. I don't keep them in a particularly orderly fashion but would be happy to pass on some discs. You can download the 'Comic Reader' free and for nothing.

Other highlghts include the complete MAD which was a bona fide electronic CD-Rom release, as well as complete collections of most Marvel stuff from 60's to 70's.

Also RJS - can I recommend the Marvel Essentials Dracula series. I have all four volumes and though they're reprinted in black and white they're brill! Also - closer to 500 pages per volume (they all are) and with at least 20 comics per volume. Great way of enjoying extended story arcs...
posted by Stuart McLean on 10/7/2008 19:58
So this is what you all get up to now...I think you lot could replace the trioka from Top Gear if you play your cards right


It must be Sue! Or 'Wonderful Woman' as she will always be to me! (sigh)