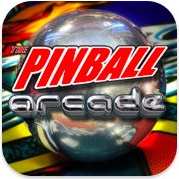 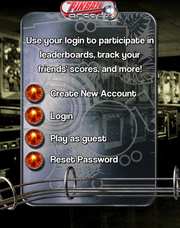 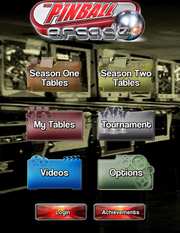 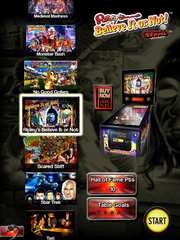 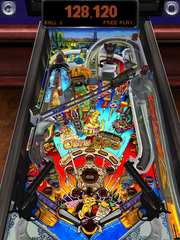 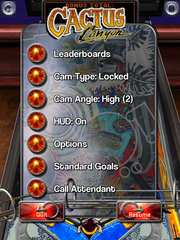 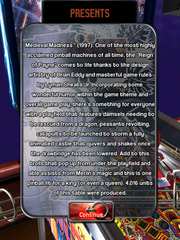 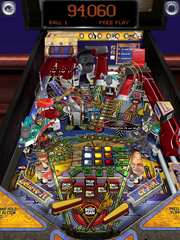 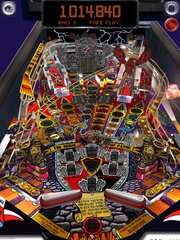 As a pinball nut who can't afford the cost or space for a real one at present, I've tried many an app on the iPad and PC over the years to fill that desire. Many contain fictitious tables, but one, Pinball Arcade, offers replicas of real genuine tables to play with on devices of your choosing.

How can the likes of Zen Pinball compete with such an offering? With many legendary tables that feature in the Top 100 machines list on mammoth pinball fan-site Pinside, how can this be anything other than a must have for true fans of the silver ball? 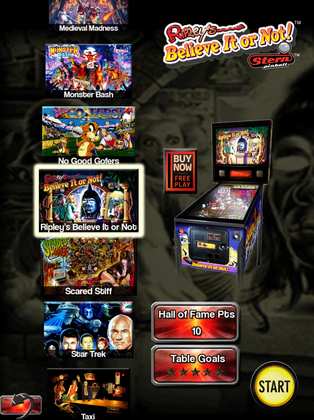 First thing you'll notice, which to be fair no pinball app on the iPad seems to get quite right, is the UI. It's very ugly, and it wants you to create an account, which you don't have to, but it will bug you every time it starts up regardless. It also offers to restore purchases every time you blink, requires two password entries to do so, and... 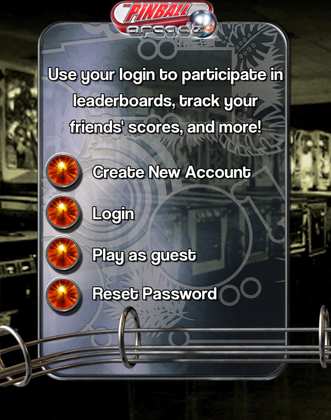 ...I'm going to stop now because as terrible as the UI is, in a pinball game you can forgive it to an extent because once you get into a machine you don't have to deal with it much.

Dealing with the sound first, as nice as it is having all these fantastic original table sounds in there, everything is just really low-fi. Couldn't they have done something to make the audio sound less like it's running through an 8-bit Soundblaster card from 1989?

Maybe I can accept the fact that it isn't always easy to get the samples from classic machines and make them sound good, but the flipper and other noises which are not limited to the machine's age sound just as bad.

And now the graphics. Oh dear, it's not that the textures are bad, they are all good enough. The models themselves seem good enough too, in fact what I don't quite understand is why so much work has been put into recreating these tables, and then the graphics engine that shows them off looks like it was written for a Nintendo 64.

Let's start with the ball, if you are going to make a pinball game on a modern device, the ball has to be an important thing to dedicate time to. Sure, they got it reflecting the table artwork nice enough, though I don't think it shows any actual objects on the table. 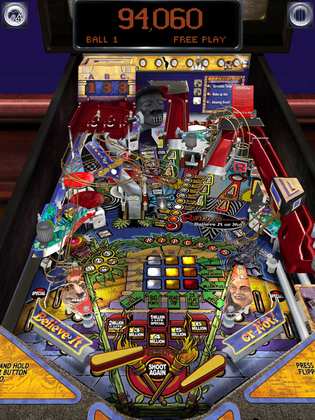 The real problem with the ball for me is how dull it looks, like someone covered it in polish and then forgot to buff it off. Even worse it shows no rotation at all, it's like a dull circular UFO floating eerily across the playfield. On other pinball games, particularly Zen Pinball, they have an amazingly shiny ball that actually shows you rotation which makes it look so convincing. Pinball Arcade just delivers one that is lacking in contrast and movement.

Another issue with the ball is a lack of reflection of it on the table itself. These may seem like little things but they make a huge difference in how connected you feel with the game.

But maybe I could forgive that a bit if the rest wasn't so awful. I remember many years ago a 3D game came out called Quake, and it had shadows. Some of them were prebaked, some of them were generated on the fly, but they looked better and more convincing than any table I've seen so far in Pinball Arcade, and that was back in 1996. Did the last 16 years of graphics technology pass somebody by?

Whilst pinball is great fun to play, a large part of it is the flashing lights lighting up the beautifully made playfields in a darkened environment such as an arcade or pub. This just ruins everything with over-bright playfields, really unconvincing transparent objects, and did I mention the shadows? 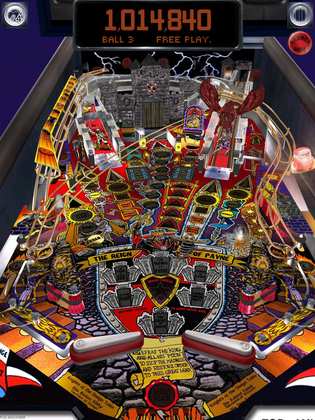 If you've ever got excited over Visual Pinball and then after installing the whole thing been hit by a truck of disappointment as to how it all looks, you'll get the idea.

The kicker is, go view this game on the consoles and they look so much better. And it isn't just that, well they are consoles, of course they are going to look better, no. Because other pinball apps manage it, which makes this look like a cheap money cashing in attempt rather than a serious port.

This is a hard one for me to comment on, I like the nudging, they seem to have got that right, or as well as you can expect to on an iPad. But something just seems odd about the ball physics themselves, maybe the ball doesn't spin properly, I'm still not sure exactly.

I've played Ripley's Believe it or Not very recently, and literally gone home and launched it in Pinball Arcade to compare, and the ball feels an odd combination of being both heavier and slower at times than the real thing, and then more bouncy.

It could be scaling the view down to a smaller screen makes things seem that way, so I'm not going to criticise things too much. However whatever it is, I don't like how it feels, compared to both Zen Pinball and to the real thing.

If all the above wasn't bad enough, if the pricing of tables was reasonable a lot could be forgiven. But it isn't, and it isn't even close.

At the time of writing, if say I wanted to buy Ripley's Believe it or Not, I have two options for getting it. The first and cheapest is to fork out £5.99 for a table pack that not just contains this but also the Theatre of Magic and Black Hole tables too. Nope, no choice what other two you get, you have to buy all three. 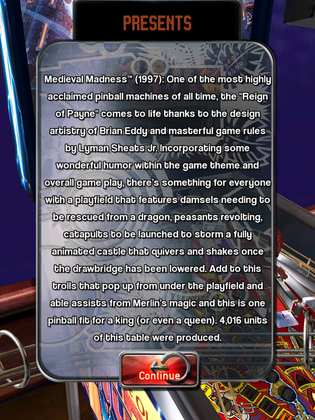 So to start with, the entry level price per table is already way above what other pinball apps are charging, and I know these are real tables that incur licensing costs, but Zen deliver cheaper tables created from scratch with fully licensed Marvel superheros and Star Wars themes and you can't seriously tell me those are any less costly?

There is another way you can buy tables, as a season pack. The first one for example costs £20.99, which represents much better value as it includes 22 tables making them less than £1 per table. But that is a huge cost outlay for a mobile device, and there really needs to be more options.

A season 2 pack is a whopping £27.99, although that may prove to be more reasonable as the year continues and more tables are released for it. There are also pro versions of some tables that you get in pro versions of various packs, and I don't get why they charge extra for this, I doubt you are getting much more for your money.

I don't know what this is like on other platforms, but on the iPad, the best thing you can do with this game is avoid it. The graphics are really poor, the sound is lacking clarity, the ball physics don't feel right, the whole pricing issue is a serious one, the menu interface is dreadful, in fact the best thing about the whole game is you can try it for free before you hand over your cash, and then you'll very likely not hand over your cash.

Don't think this is the ultimate pinball that the iPad has to offer, it isn't even close. Try something else instead.