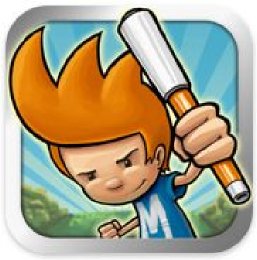 After the pretty but disappointing Liqua Pop, I was keen to see what EA Games would be offering to the casual iPhone gamer next, and I didn't have to wait too long. Max & the Magic Marker has burst onto the scene with cute stylish cartoon graphics and a combination of platformer controls and drawing physics.

Created by the independent Denmark based studio Press Play, the game originally started out life on the PC and Mac, reaching Apple's product via WiiWare and Windows Mobile. Many such translations have arrived on the iPhone with varying degrees of success, PopCap being one of the more accomplished at porting their games to the platform. 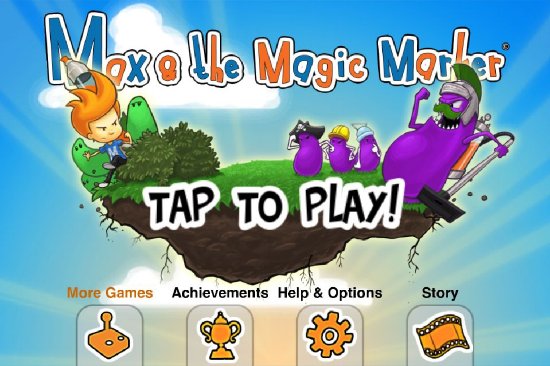 Any successful game on the iPhone has to have easy to understand game mechanics, preferably things you can describe in one sentence. Max & the Magic Marker certainly ticks this box, since all you do is go from the start of a level to the end, collecting three things along the way. Sounds simple, and at first glance it is.

You can move Max using left and right touch buttons, alas no option for accelerometer control here, perhaps they tried and it just didn't work. You can also press a button to make Max jump, and another to make him push things or drop down from any ledge he is hanging off. All very obvious so far, but as always there is a twist. 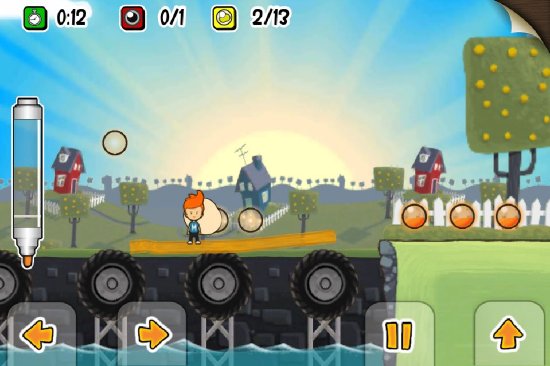 Max has a magic marker, which you can use the touch screen to draw lines with. The moment you take the pen off the page your lines become solid objects in Max's world, falling down on bad guys, producing staircases and ramps for Max to walk up, even hook like contraptions for getting items below ledges. Like a lot of games in this genre, falling from a great height is harmless, but landing in water, bumping into a purple splodgy jelly monster, or being rained on, all result in instant death.

Oh, did I mention his marker was out of ink? Yes, you have a limited amount of drawing fluid for any level, dotted around the place in the form of orange balls. Running over them fills up your marker, drawing things depletes it, although you can always destroy things you have drawn to re-use the ink. Also another button lets you freeze the action and draw emergency lines, but be warned that this doesn't stop the level timer. 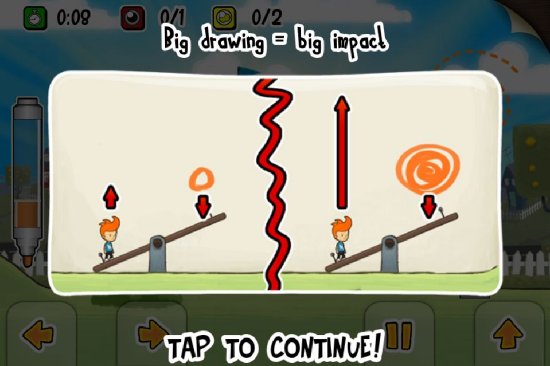 Other things you'll end up doing with your ink are dropping blocks of ink onto enemies, making surfboards to run across water and wheels, even large weights for launching things on a see saw. Some drawing concepts like stairs and ramps are pretty obvious, others sometimes require a bit of thinking outside the box, if you want to finish a level you'll need to be inventive.

Getting to the end of any level is not quite the end, thanks to the now obligatory three star system, without managing all for each round you'll not feel you've actually finished it. Each level has a number of tokens you need to collect all of for one star, plus a number of cannonballs (at least I think that is what they are) for another, and complete the whole level in a time limit for all three. And yes, you must manage all of that in one run for it to count.

Also following the conventions, you don't have to get three stars on any level to play the next, and levels are grouped into three worlds which unlock as you proceed. 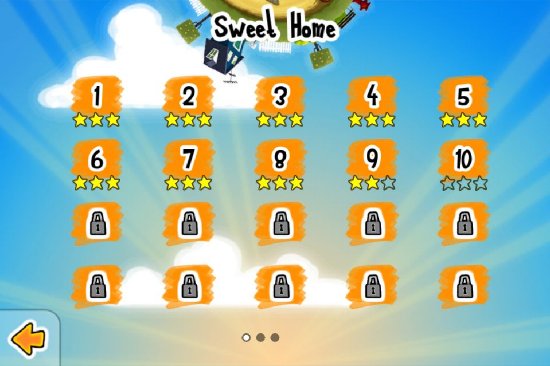 My first impressions of Max & the Magic Marker were high, followed by a rapid irritant at the fact that to get three stars, you had to beat levels in a certain time frame. There is nothing more frustrating than falling off very high platforms you took ages to get to, when you feel the reason this happened was not quite being able to press tactile free buttons on a touch screen.

But I soon got over that and began to really enjoy the challenge of figuring out firstly where all the cannonballs where at, like on an early level where you have to pose for a picture before it appears, then how to reach them with marker lines. And then do all of that within a time limit, which I often missed by the odd second. 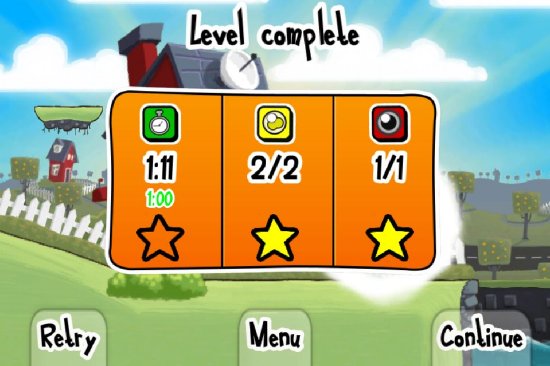 Everything in this game is so nicely done. Having not seen the PC, Mac or Wii versions, I couldn't tell you where this comes in relation to them, other than the fact it clearly shows a polished pedigree of visuals and music that will delight even the most hardened gamer.

Quite whether we'll see the endless supply of levels as time goes on that we've come to enjoy from Angry Birds and Cover Orange, I'm not so sure, but the difficulty means it will take you quite a while to get all three stars on the ones that come with the game. And heck, 58 levels for just over a quid, that isn't too bad at all.

If you are bored with the likes of Angry Birds and Cover Orange, and want a physics game with more of a challenge, you can't do much worse than buy Max & the Magic Marker. It'll certainly amuse and at times annoy you for a fair few hours.