last post by alfie noakes
[VIDEO] The Last of Us (HBO)

last post by admars
What are you reading thread

last post by katemaribell
Actually, I'm something of a Youtuber myself

last post by RJS
[VIDEO] Metaphysics on Americas got Talent

Review
Review for A Fugitive From the Past

Review
Review for On-Gaku: Our Sound


Quote:
Lucasfilm's Industrial Light & Magic (ILM) has hired to its team a YouTuber who went viral with a video that showed him using deepfake technology to improve upon the special effects in an episode of "The Mandalorian."a bit like Catch me if you Can :)

Quote:
admars says...
"Lucasfilm's ILM Hires YouTuber Who Improved CGI Luke in 'The Mandalorian'"
Couldn't they have just watched his video and hired decent scriptwriters instead?

Quote:
admars says...
"Lucasfilm's Industrial Light & Magic (ILM) has hired to its team a YouTuber who went viral with a video that showed him using deepfake technology to improve upon the special effects in an episode of "The Mandalorian.""
Thing with that is the software base he used wasn't home-made. The success of a good deepfake is the amount of source material used, which I'm pretty sure came from every frame of RotJ Mark appeared in. Facial recognition locates the anchor points and several days rendering does the rest. There may have been some cleaning up to do post-render, (particularly around the eyes, the harbinger of the uncanny valley).

It was probably quicker & easier to clean up the shots his way, but 90% of the work was already done for him by ILM and the make-up guys stretching Hamill's face. Not to detract from what he achieved, and by gum he did a sterling job. If he can carry on doing what he did with someone else's software at half the time and a bigger reference library, I can see season 3 being filled with more or less the entire original cast, as well as having to deal Grogu's yellow lightsaber. 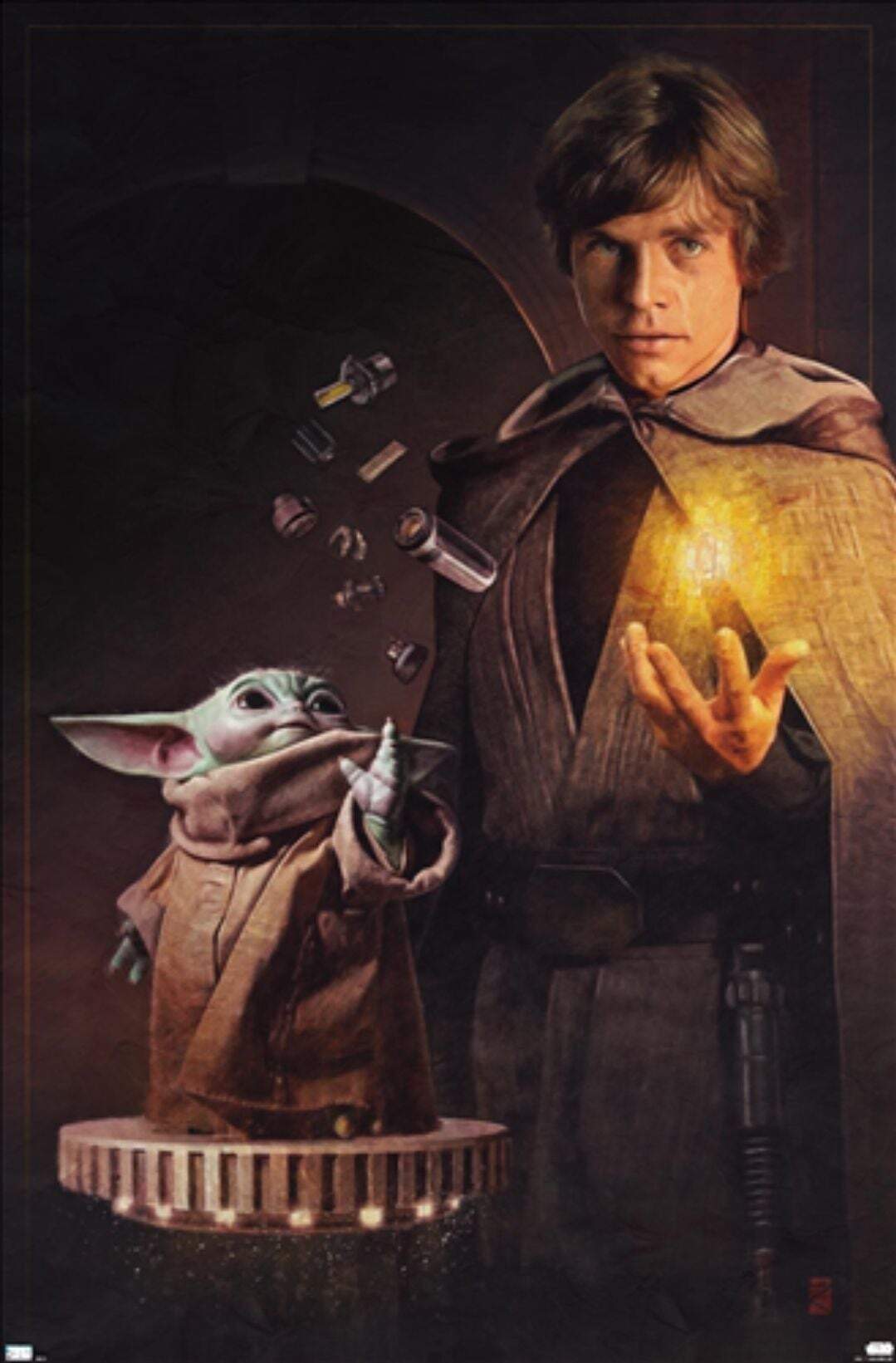 It's great he got hired, it's a nice story.

What the story misses out is... how much he's being paid, and what his role is. I'm sure they interviewed him and found a smart guy that knew his way around a huge box of tricks, that can help them with their own boxes of tricks.

Same reason big companies by small companies, it's cheaper and a lot quicker than spinning up your own teams to catch up.

The same tactic used by the FBI when they get grey-hats to work for them in lieu of prosecution.

While his work was impressive, it's all done using copywritten material. Come work for us, make us look good, we'll pay you a fraction of what we do our regular CG guys and we won't sue you to oblivion.

Yes, it's a new Gallery episode which in the old days we called "The Making of..."

Thanks from: Si Wooldridge

Totally ignorant of the guy who co built Grogu and the fact he died last year till this popped up on my Twitter feed.

rewatching this in preparation for Book of Boba :)

I'd forgotten how good the episode with Snips is, her interaction with Grogu is excellent. Also really enjoying the episodes with Mayfeld. I remember googling him when they were on before and seeing some of his stand up etc on youtube, v funny guy :)