last post by marksparks999
What are you listening to now??? (Music recomendations)

last post by Si Wooldridge
What gig did you just go to?

the charismatic Jonnie Peacock is in the 100m final tomorrow afternoon 12:43, as he said, the heat was interesting, so the final should be good

also, forgot to post this the other day, another highlight:

good come back for Team GB in the wheelchair basketball :)

yes, saw lots of retweets and facebook posts of that earlier, eventually watched it, something in my eye moment

that 100m was exciting stuff, and loved the kid in the studio's t-shirt,

The Last Leg just said it's Ellie's birthday, so are suggesting everyone on twitter wishes her happy birthday :) 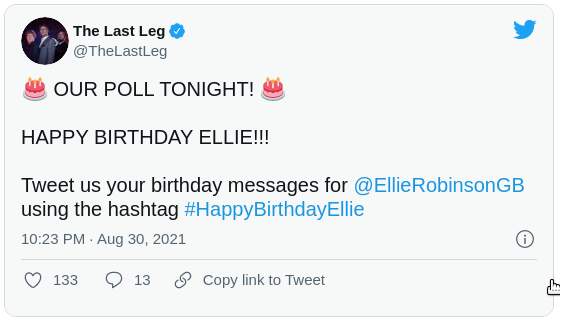 2nd place, gotta be pleased with that :)

I hope this comes out the right way, but the thing I noticed, as the more I watched the sports, I appreciated the sports for what they were rather than a sport for disabled ppl.

For example, like many ppl the interest in rugby and basketball was curiosity how you could play in a wheelchair, but after a while, you just appreciate the game, and the skill of the blocking, the off the ball plays etc, as the commentator said at one point "it's chess with violence" :)

The boccia, on The Last Leg, they took the p*** out of an "Interviewer" who said something like "I've played a bit of boules at the beach, but you could probably still beat me?" David Smith's reply was along the lines of  "yes I definitely could" :)They pointed out, you wouldn't say to David Beckham, "i've kicked a ball about a bit, but you're probably still better than me".