last post by Snaps
[VIDEO] Would this make you want to watch Attack of the Clones?

Review
Review for Over The Garden Wall

Page 2 of Looking to upgrade graphics card on a budget

what make psu is it? Quite often the cheaper ones figures are a bit like VW with emissions tests. :(

They just lie you mean.... :-)
They usually can't sustain the figures they quote either.
There used to be a make that were supposed to be great and charged a premium for it. I got one and it failed after a year or so. Wasn't happy and didn't get another..
Racking my brain to think of the name..

Quote:
admars says...
"what make psu is it?"
It's a modular BeQuiet. Not well known but well-reviewed.

i'm out of the loop, but I know corsair were supposed to be good, but similarly to you i had one die after a year or so :(

BeQuiet are fine. As people say, no PSU meets its rated power output, they all have efficiency percentages to start with (gold, silver, etc), and adding to that this is their power in ideal conditions (temp, humidity) when brand new. All deteriorate over time.

What spending more money on a reputable brand usually gets you... more accurate power rating, stability and protection for when things go bad.

This probably isn't your PSU tbh :( Posting shouldn't use a lot of power, if you were getting bluescreens in games it might be the PSU, but you aren't even getting that far.

I had the same problem with a Radeon and my motherboard, when it worked fine with an nVidia card. In the end I bought a different cheap motherboard. :/

From what I've read, it seems that newer video cards don't always play ball with older non-UEFI BIOSes, especially those pre-2012 and from OEM manufacturers.

I think your options are basically:

1. Return it and get a refund.
2. Upgrade the rest of the system.

Quote:
Gareth Williams says...
"
1. Return it and get a refund.
2. Upgrade the rest of the system."
Looking into it, it may be I just need a new mobo that can take the i5 sandybridge, unless I can find a pre-built one at a reasonable price. Failing that I'll just get a barebones & strip the Foxconn for the chip & heatsink/fan.

From what I've read, the OS on the hard drive (recently updated W10, as you may have heard) can cope with the new MB, the only snag being new/old drivers. But lets face it, not a lot else to do these days.

Well, bit the bullet and bought a refurbished Intel DQ77CP for about £120, on the advice of a jolly nice chap at pcupgrade. (Not being sponsored to plug that site, honest!)

Taking all advice from here and there, the ram sticks, heatsink/fan and i5 chip were cannibalised from the old mobo (checking under the chip to see if any bent socket pins were the source of the issues I was experiencing - apparently not) and placed into the new, with newly applied thermal paste after scraping off the old.

Threw everything together, moving components where needed (GFX card blocks off one of the 6 Gb/s sata ports, but getting an angled sata connector should solve that) and turned it on. Nothing.

Back out to the kitchen (only place with enough space & light) and had a closer look. Everything seemed to be in order, all fans and power supplies connected, and the tower front panel connections were all hooked up according to the colour guides on the motherboard. Apparently this was the problem. 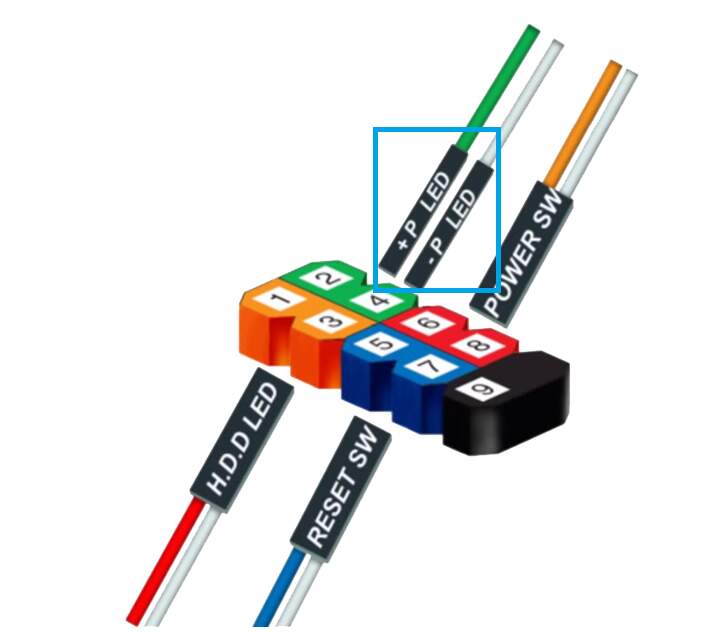 Realising from past errors I just left it to its own devices, and within a few moments the POST screen came up again, shortly followed by a large blue windows logo and some circling dots. All I had to hope for now was that the OS would take the new setup without any further hoops.

With no GFX card software installed, it defaulted to 1280x720. The installation disk supplied with the card wasn't playing ball, so after finding the necessary on the AMD website, it was all going swimmingly. Thought I'd fire up GTA Online to see how it ran in the new setup. 60fps constant, textures I hadn't even realised were possible and absolutely no lag. That's when I noticed the little overlay on the bottom right of the screen, telling me my copy of windows needed to be validated. I think this is where I was at the start of the year with the whole Windows 10 upgrade debacle. Last night the servers weren't online, so I've had to wait until this morning to give it another go. Luckily, it accepted the digital licence straight away.

There an issue with the top 2 USB ports not working (but are visible & enable in BIOS), but other than that, I've more or less got a new high-tier gaming PC for less than £200.

Quote:
Pete-MK says...
" I think this is where I was at the start of the year with the whole Windows 10 upgrade debacle."
That whole thing cabbaged two of the family laptops and I was never able to recover them.
Those are two on my list to wipe and install Linux on at least one.

Once my upgrade finally worked, after figuring out what the hell it was that was borking the process, I was amazed at how painless it was, and that was on the old setup. It must just not agree with some systems. This is why I prefer the modular nature of my PC over macs & even laptops (I have W10 installed on my lappy, but even with an upgraded ram card it's slow AF to start up, despite being able to play older games like Portal 2 with ease).