last post by sj
Inside No 9 (Psychoville writers' new show)

Review
Review for One For The Money

Review
Review for The Legend Of The Stardust Brothers

Quote:
Si Wooldridge says...
"The money we get back in subsidies is our money and we have no say in how that is spent"
No say is not true, it's a democratic decision by the members of the EU. We are part of the EU, so we get a certain amount of say. You can be unhappy with the level of say we have, but you can't say it's no say at all and be correct. We have some say, and actually we get our way an awful lot of the time.


Quote:
Si Wooldridge says...
"Trade benefits, fine, I'll give you that but that may not necessarily end if we leave the EU as the plan is not to stop trading with the EU27, which some people bizarrely seem to think is the case"
I'm not sure any sensible remainer is saying that, we are just saying that the EU is not going to give us a free trade agreement as good as the one we have now, so goods we export from the UK (our biggest trading partner) will become more expensive and less competitive.

If the EU gives us the same deal as being in the EU, there would be no benefit in being in the EU so other countries would leave. It's not in their interests to do it, and this deal has to be agreed by the majority of countries in the EU.

And then there is the trade deals with non-EU countries, which are currently covered by trade negotiations carried out by the EU, a large collection of countries with a lot stronger bargaining power than one on it's own.

It could be possible to get the same agreement with these new trading partners, but again there is far less incentive for large ones like the US and China to give us the same deal. Further more, the longer we have no deal, the weaker our bargaining position becomes because the weaker our economy has become trading under poorer conditions. So it's actually in their interests to take their time and get a deal which suits them more than it does us.

I prefer more recent events... like Boris Johnson loses by-election already, to party that is pro-remain, in a constituency that voted for brexit in the referendum.

Now a majority of one.
Next rat to leave the ship will be...?


EDIT:
If. like me, the whole Irish border question leaves you scratching your head this may help but I don't think it's going to cheer you up.

"Europeans have started to change their minds on BrexitBoris’s focus on the backstop has shifted public opinion"
https://www.spectator.co.uk/2019/08/europeans-have-started-to-change-their-minds-on-brexit/

"The Spectator, strong supporter of the US and Israel, and long time hater of the EU, prints piece with no evidence favouring former editor Boris Johnson"

Quote:
rob says...."The Spectator, strong supporter of the US and Israel, and long time hater of the EU, prints piece with no evidence favouring former editor Boris Johnson"
There is no pleasing some folk, do you want extracts from 'The Beano' instead

Most of the cabinet have been extracted from The Beano.
Lord Snooty being the most obvious.

I am not young enough to know everything.
Liked by: Robee J Shepherd bandicoot JamesW

Just googled the characters and whilst he's not cabinet I did happen on Mark Francois. 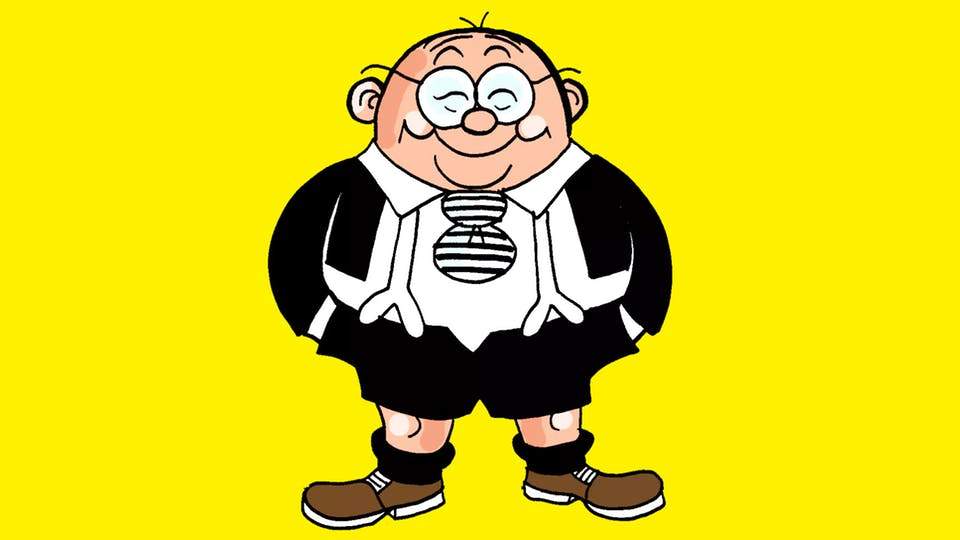 I am not young enough to know everything.
Liked by: Si Wooldridge JamesW

Michael Gove  is either just really forgetful, or he hasn't been paying attention the hundreds of times the EU have said that the withdrawal agreement, as it stands, won't be negotiated further.

Quote:
Mr Gove... said he was "deeply saddened" that Brussels was, in his words, saying "no, we don't want to talk."Which is what they've been saying for quite some time. Apart from a new belligerently optimistic pleb in charge, not a lot has changed, so I fail to see why the EU should change their stance.

We have no power or say in this any more, not that we ever did. Article 50 did, and always has put the ultimate yes or no in the hands of Brussels, and no matter how much Boris raises his fists and blurts out the tired old 'get behind Britain' bollocks, that holds no water in the seats of power.