Your Reviewer
Forum List
Latest Forum Posts
What are you listening to now??? (Music recomendations)

Page 89 of The Trump Presidency
this thread has been closed

Smithers, rip this paper for me...

Assuming the orange wins again, at the next State of the Union, Nancy should spend the speech getting ratarsed on Blue Nun, and when it ends she should throw up over his wig .

"Appears to prepare in advance"

Yes, she did. She said she did, in several interviews. She's a fast reader, and saw the 88-minute toilet paper for what it was. 4chan, the alt-right & the KKK are rejoicing in his partisan aquittal. The man's a f***ing sociopath, and his bullshit rhetoric's going to get someone killed.

And don't get me started on that Rush Limbaugh bullshit either.

Quote:
Really? How does that explain the 2016 popular vote count then? 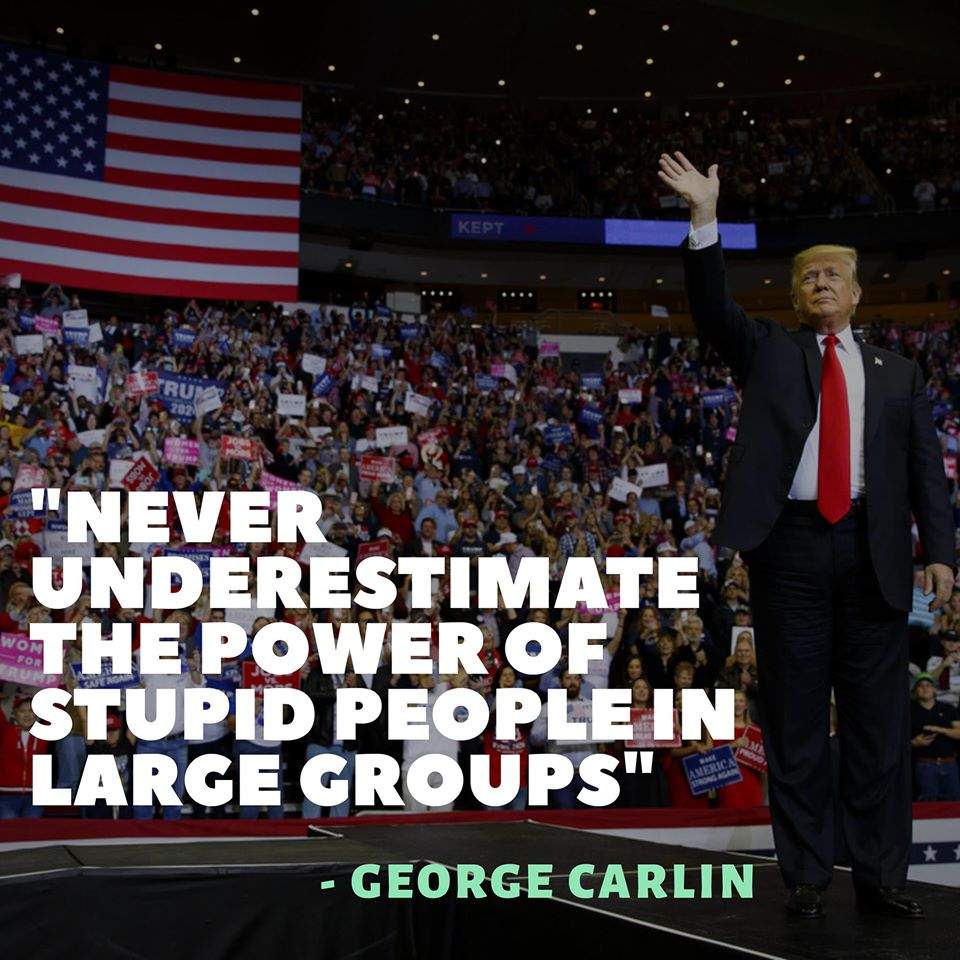 Oh Pete I am not surprised since Hillary
lost to that Creepy Idiot!!! I don’t think
voting is out for me.And me being look
down by those idiots, being from Spanish
family, and we all know how he loves us.Can’t understand why theysent me that rubbish in the mail , expecting me to support him Realllly!!!!👎

I'm not usually one for mocking a person's appearance, as I'm a firm believer in judging a person on their deeds & words, rather than what they look like. But in some cases, one is actually a reflection of the other... 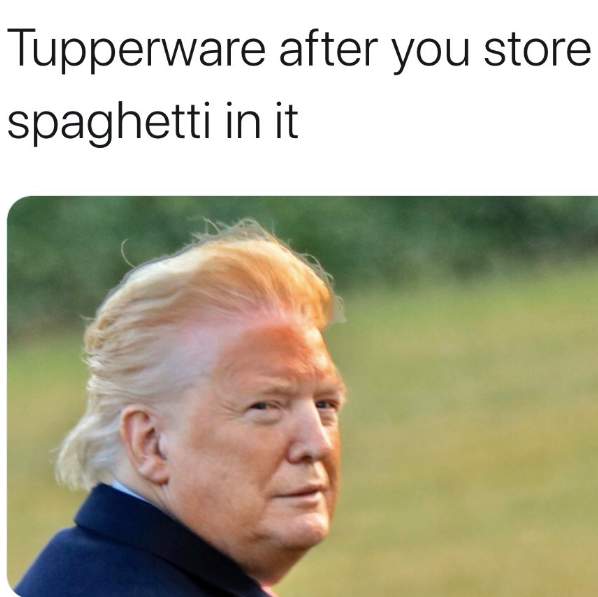 "We're going to build a wall, and Mexico's going to pay for it"Actually, Trump just signed a bill transferring $3.8 billion from the military to the wall no-one wants and has proven time and time again to be completely ineffectual

Quote:
Pete-MK says...
"to the wall no-one wants and has proven time and time again to be completely ineffectual"
It is quite funny that mostly all they've done is replace existing bits of wall, and the wall isn't even a wall, it's more a fence that keeps getting blown down or makeshift $5 ladders can get over.

But it's all ok, because Mexico is going to pay for it.

Quote:
Robee J Shepherd says...
"But it's all ok, because Mexico is going to pay for it."
Maybe that's all they can afford...

The orange turd's descent into dictatorship continues unabated, as in the wake of his partisan acquittal, it looks like he may pardon Roger Stone, and now he's sacking anyone who has the audacity to relay official intelligence information that Russia's already interfering in this year's election and replacing him with a pro-Trumpist. Ultimately pro-actively diminishing the US's ability to stop Putin keeping his puppet in office for another 4 years.

But on a lighter note, after Trump criticised this year's best picture winner Parasite, the director just shrugged off his comments; "Understandable, he can't read".

I'd just like to say, with reference to everything that I've said before about the racist, mysogynist, elitist, white supremacist, serial adulterer, sexual predator and alleged child molestor that was wrongly elected to be president of the US in the past. It's really humbling to know that he's really coming to the fore in the wake of all this Coronavirus pandemic.

Just kidding. He's calling it a democratic hoax created by the Democrats. Referring to the first US fatality from the virus as a woman when it was a man, telling everyone that warm weather will kill the virus, hiring a 23-year-old onto the task force tasked with dealing with the crisis, and appointing his vice-president, a  man who said cigarettes don't cause cancer, and is attributed to causing a HIV explosion in the state where he was governor thanks to his religious viewpoint.

Oh, and Trump has known about the potential outbreak since December, has had the potental to curtial an epidemic since then, but did a press conference the other day to state that many Americans won't be able to afford the vaccine, despite being the only person who could order Big pharma to cut their s*** out and help Americans stop dying because they can't decide whether to pay for their insulin or their rent.