last post by Robee J Shepherd
So... what are you playing just now?

last post by sj
Coronavirus, anyone starting to get worried?

last post by Pete-MK
What are you reading thread

last post by Si Wooldridge
What are you listening to now??? (Music recomendations)

Review
Review for Die Another Day

Review
Review for Hiruko the Goblin

Review
Review for The Return of the King

Review
Review for The Two Towers

Stickied in Gaming and Consoles Forum

Quote:
Robee J Shepherd says...
"This seems like you are missing out on the fun! Although I hear Discworld is hard."
I've played it before (with walkthroughs), and most of the fun comes from interacting with characters who have nothing to do with the plot itself, and it's still amazing to hear the small voice talent (Idle, Pertwee, Robinson, Robbins and a virtually unknown Rob Brydon) become literally a cast of hundreds.

The game was well-received, but it was criticised for its puzzles being less than obvious and decidedly non-linear (Travel back in time catch a butterfly to use on a lamp that makes the weather rain on a monk the following day so you can get a robe to use as a disguise to sneak into a secret meeting the night before). One you know what goes with what and when it kinda makes sense, in a Pratchett-y way

The week before last was Ori and the Will of the Wisps.  Great.
Last week Metroid Dread.  Absolutely brilliant.  Rather hard too.
Finished it twice, it's so good.

rainy weekend plaid a bit of X-Com Enemy Within - I hadn't played it in ages, realised why, was on a battle I just couldn't win :( so I carried on, admitted defeat and toasted my fallen comrades,  after that won a few more, now I'm what must be the final end game battle, and am worried I can't do it, and that my last save before the ones in battle  will be too late for me to build up troops :(

SWGoH still takes up most time, played a little Raid:Shadow Legends, but that's too much like SWGoH, and played a bit of a crazy side scrolling shoot em up Azure Lane, where you control a strange combo of Japanese school girls in too little/too skimpy clothing crossed with battle ships:  you do battles, collect gear and equipment and build up your fleet again a bit too much like SWGoH in regards to the levelling up, collecting gear etc.

Having enjoyed Detroit: become Human, I dipped back & decided to give Heavy Rain a go. Easy to spot the similar elements & graphical styles. No idea how far into the game I am so far (Ethan's just crawled through broken glass & dodged power transformers) but it's almost painfully slow in places, and I really wasn't expecting the nudity so early on in the story.

As it's an older game I'm aware of the 'twist' by osmosis alone, but it'll be interesting to see how many different endings I can achieve before I lose interest & go back to Detroit again.

Completed Guardians of the Galaxy so back finishing off Cyberpunk 2077.  Almost completed all the side content before I move into the final chapter(s) as I've hit the 'do you want to continue or finish or side stuff' message...

The kids are pretty obsessed with Roblox, the missus has gone out for the day, so rather than go out and do something fun with me, they've decided I should play Roblox with them today.

so fare we're playing Dance Off, I think Brookhaven is next 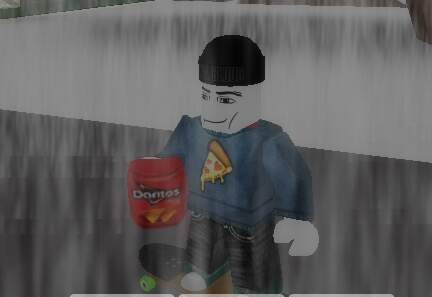 in Roblox is the pinnacle of gaming :)

I have mostly been playing New Super Mario Bros U on the Wii U again, trying to complete it. I've finished all the worlds with all three star coins and defeated the end bowser boss, just the star area to do now!

Now playing Far Cry 6, which is pretty good if more than a little derivative...