About this user: Thirty seven year old I.T. Contractor from Bristol. Been into DVD since November 1999, with my current set-up comprising of a Toshiba 42Z303D LCD TV, a multi-region Oppo Digital DV-981HD up-scaling DVD player, a Sony BDP-S590 Blu-ray player, a Toshiba HD-EP35 HD DVD player, Onkyo TX-SR507 amp and Eltax Hollywood speakers/Atomic A8 sub. Also, a multi-region Toshiba BDX1200, LG 32LH3000 and Scan AV6 DD/DTS for the bedroom. Also have a PS3 and an Xbox 360.

I`m also the region two and hi-def editor/administrator over at http://www.dvdactive.com.

My recent experience of this has been that performing a clean install on a machine that hasn't previously activated with Win 10 results in activation failure, but performing an in-place upgrade works every time (providing it's an eligible OS you're upgrading from).

I've done five this week without issue. The first one I tried from HP installation media, but it failed because the BIOS only activates Win 7. Once I installed that the MCT upgraded to Win 10 and activated with no problems, so I just performed clean upgrades on the others. Still have a few left to go...

Of course this may be different if using the MCT directly, rather than an OEM DVD.

RE: What Christmas movie will you be watching today ?

I did Gremlins, Kiss Kiss, Bang Bang, Die Hard, Die Hard 2, Batman Returns and Teen Titans Go! To the Movies... I was going to see the 30th Anniversary release of Die Hard at the cinema, but I had my lad over for the night and couldn't make it, hence watching the terrible old Fox BD.

Not watched the usual Santa Claus the Movie this year as it didn't seem right.

No season three of Luke Cage now either.

I know what I'm binge watching the weekend of my birthday.

Can I put my Bulb referral code up as well? ;)

I watched it and... well it's not good. It got a bit better as it went on, but that's not saying much.

The Clone Wars TV series is some of the best Star Wars there is. Really glad it's coming back to finish the unfinished story arc. Even Rebels got better as it went along.

RE: So... what are you playing just now?

Just got God of War. It's the first game I've bought in a while and although it's a major departure from the other instalments, it's pretty good so far. Audio-visually amazing if nothing else! Not really played enough to comment on the quality of the story yet.

Thanks to those who used spoiler tags...

RE: [VIDEO] The Predator

There's only one Predator 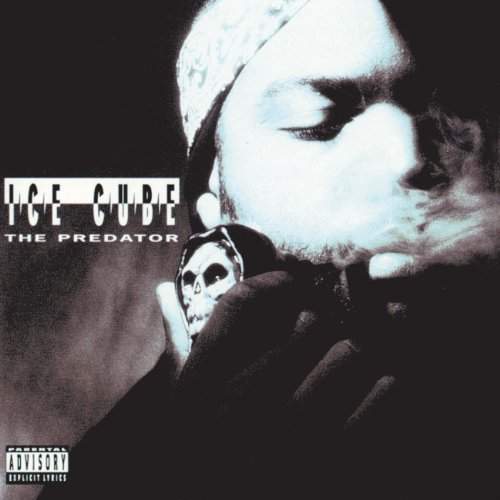 Non-anamorphic/16:9 enhanced DVDs will need to be enlarged to fill the entire screen. In my experience most TVs have a mode (usually labelled 'cinema' or 'zoom') that stretches the image both horizontally and vertically to preserve the aspect ratio. I used to use it for the original release of The Thing, the original theatrical editions of Star Wars, all VHS tapes back in the day etc...

RE: Anyone recommend me some Playstation 3, 2 and 1 games?

All of the God of War games (the PS3 HD remakes).

For an alternate take, I thought it was repugnant. My lad is three and loves the animated version, but this was mean-spirited, vulgar and seemed to ignore most of the core values espoused by the character. They also omitted two of his favourites (Lily and Nutkin) and what the hell were they thinking with Mr. Tod? He was disappointed by it and I hated it. Even his mum, who will watch almost any old tat, thought it was terrible, to the point that she said she's never going to let him watch it again.

RE: Windows 10: Microsoft is looking to force people to use its Edge browser

While SMEs might have moved to Win 10 because it comes pre-installed on machines, the uptake is much slower with larger enterprises. We haven't migrated yet (all of our kit is re-imaged with Win 7 x64), although it's happening this year. It's already shaping up to be a disaster...

I still have most of my G1 figures in the loft, along with a few Diaclone and other figures, but these Masterpiece Transformers are another level.

The one you're on about is Sunstreaker. The engineering on that figure is incredible. It has two alt modes in addition to the bot mode, which itself is really animation accurate. When you compare him to his 'brother', Sideswipe, the car modes are almost identical, but the bot mode is so much more accurate. They've really come on in the past few years.

The third-party stuff is even better. The Fans Toys Phoenix (aka Jetfire/Skyfire) is a nigh-on animation perfect rendition of the character in both modes, and it's huge! Having said that, I have Omega Supreme on order for later this month and that's around 22" tall and transforms into a base with a rocket and a tank!

Compared to the ones we had to make do with as kids, these are astounding. Megatron in particular finally looks like he did in the cartoon, instead of some weird stubby thing with a trigger for a crotch...

So until recently I only owned four modern Transformers figures: Soundwave, Devastator, Shockwave and Megatron. Since Christmas I've gone a bit mad. I originally decided that I needed an Optimus Prime to go with Megs, then got annoyed that the Autobots were underrepresented, so I bought a few more. Then some more. Then some third-party toys from both factions. Now I may have a problem... They are pretty cool though! 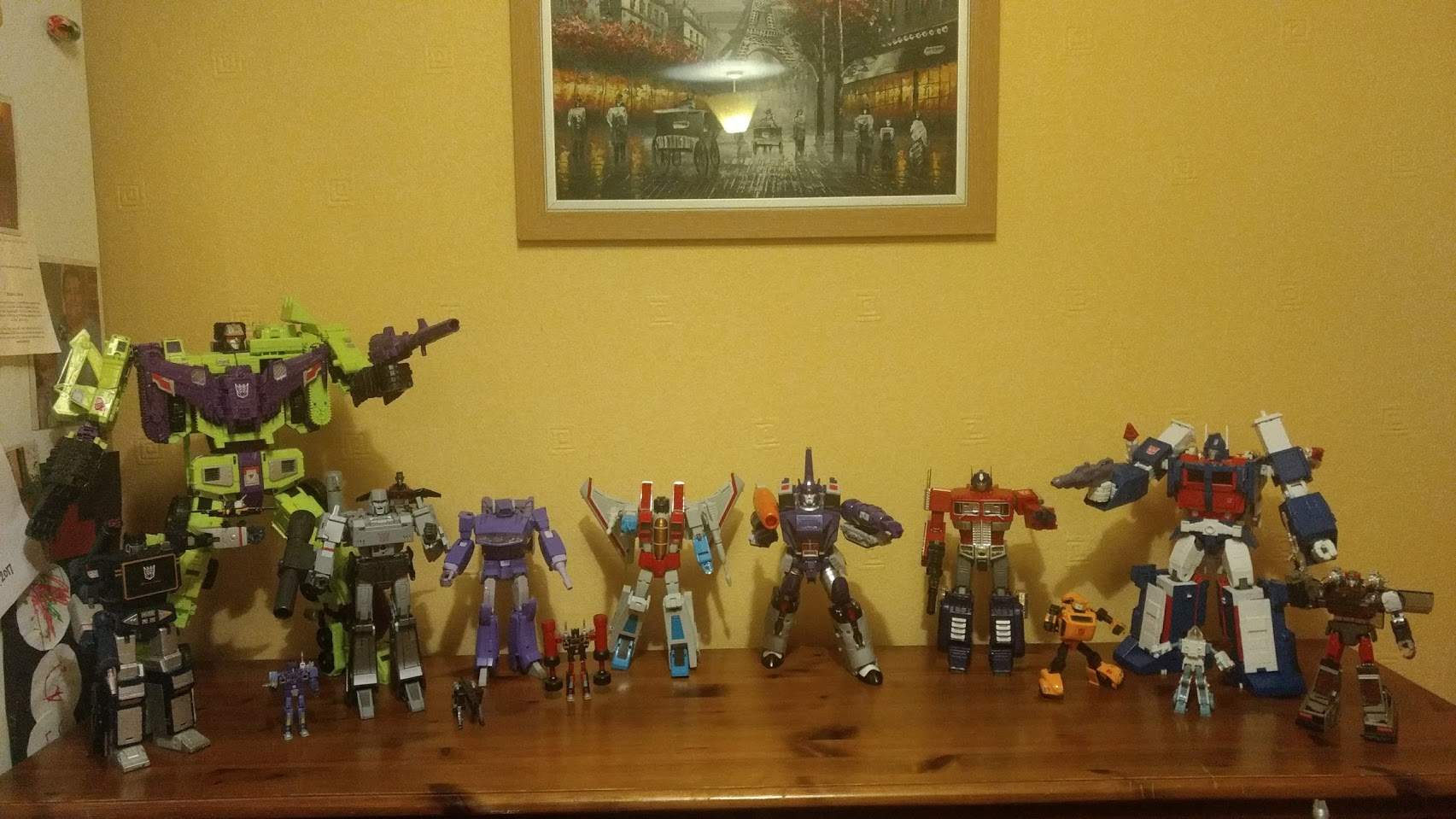 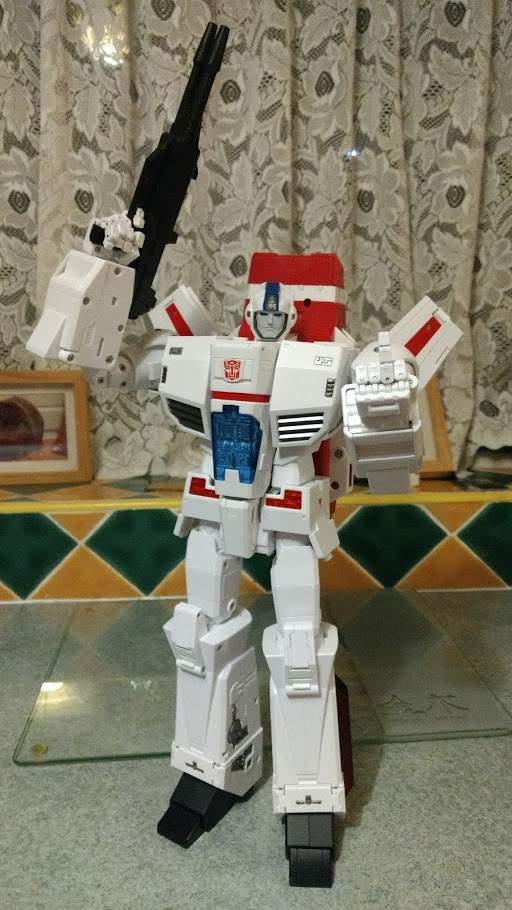 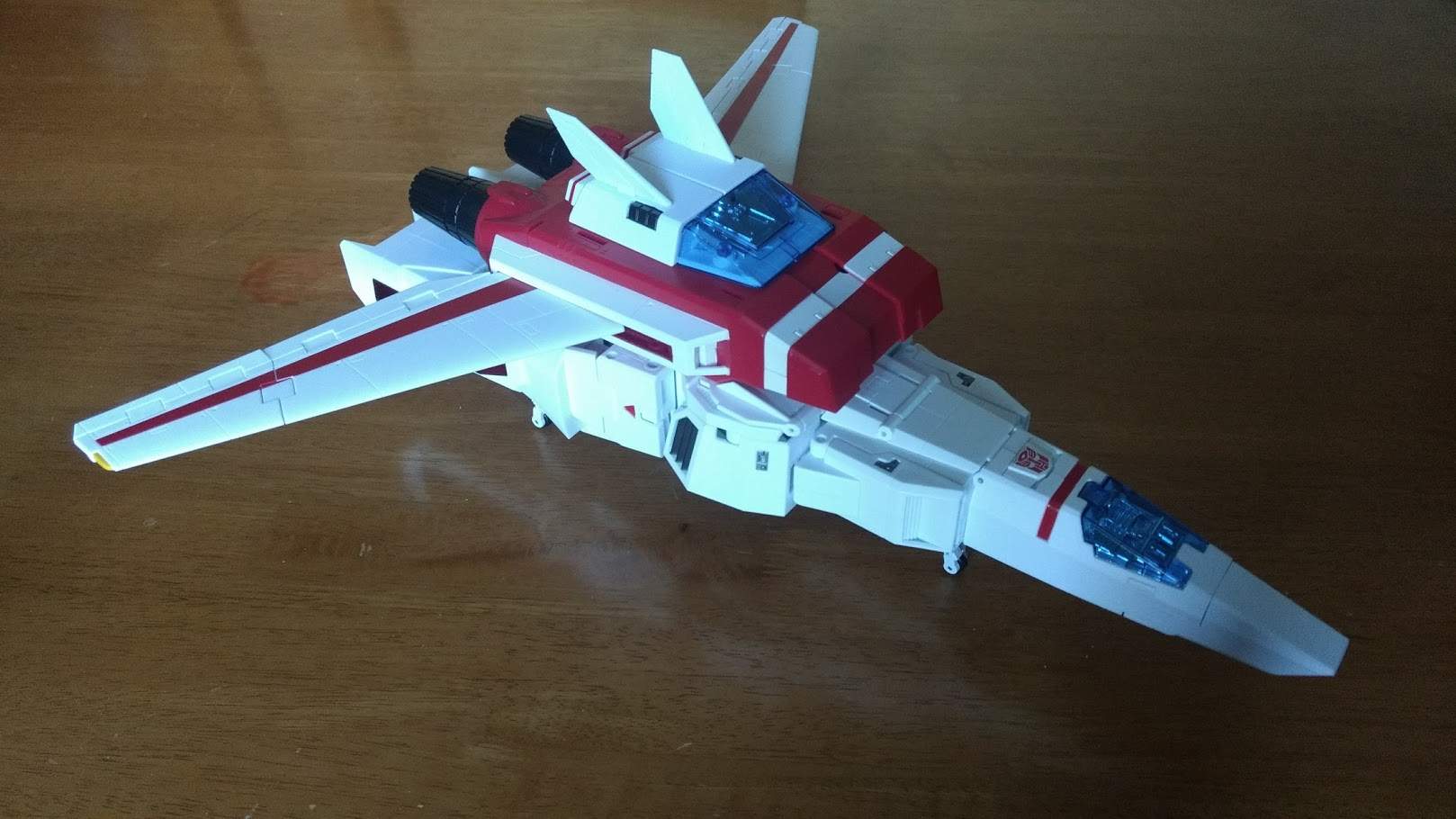 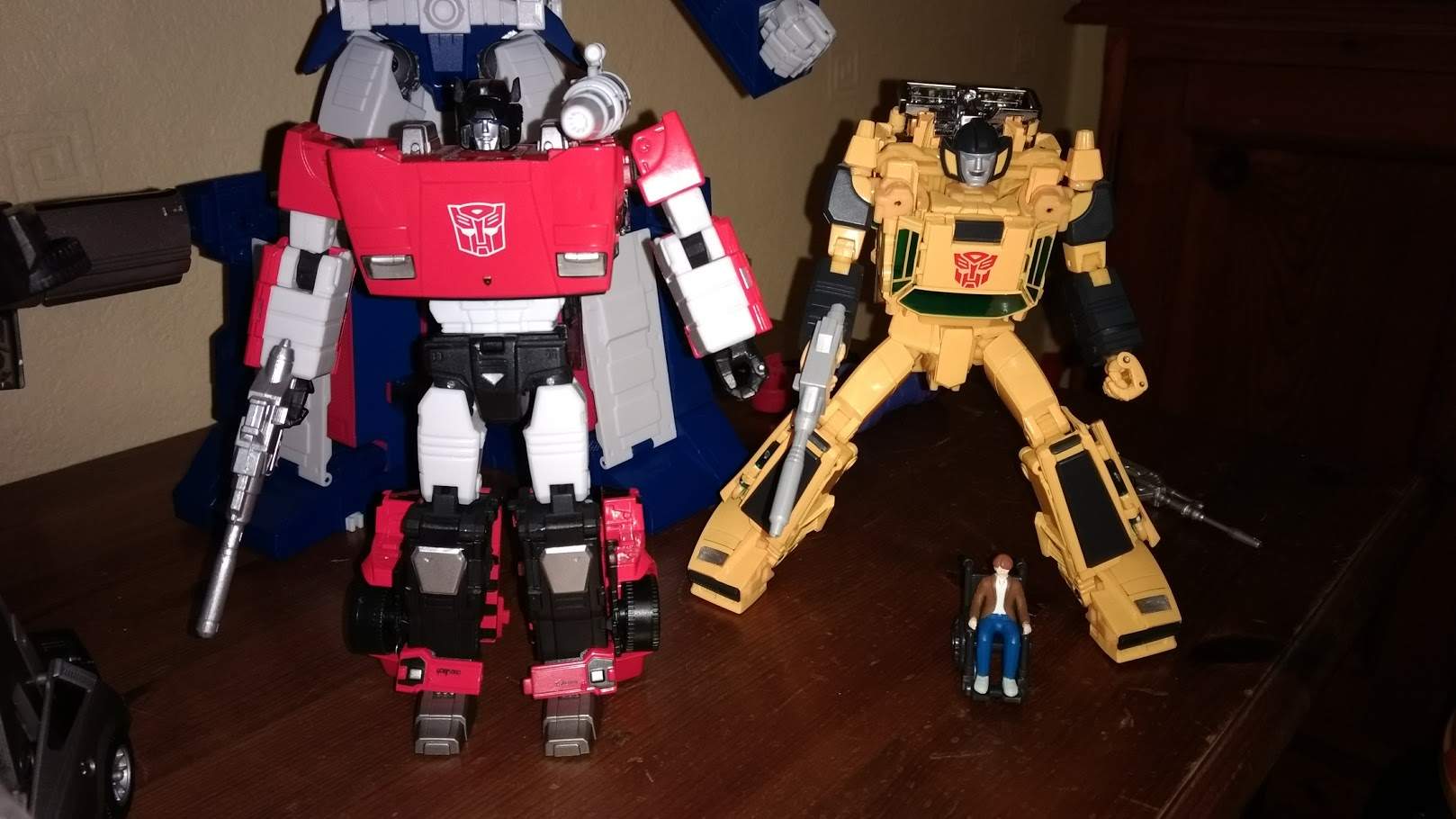 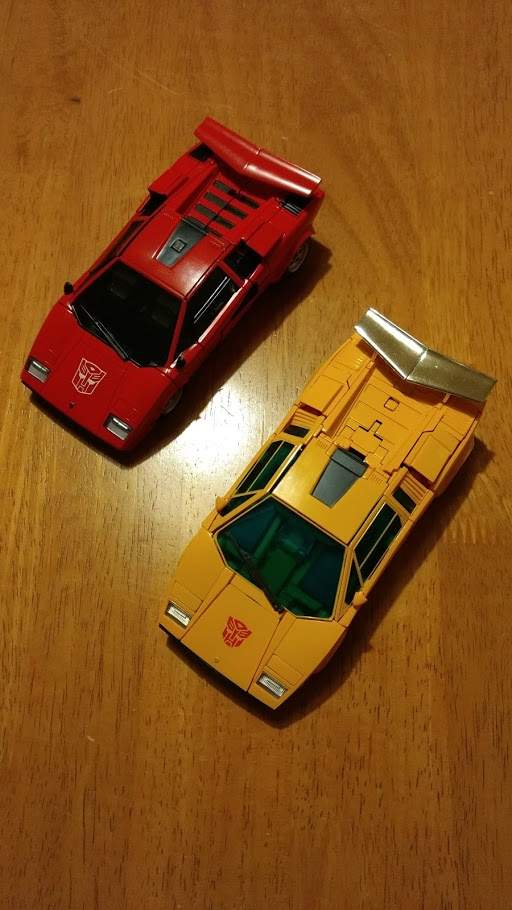 I'd go for a Moto if it were me. I got the G4 Plus through work in 2016 and it's still a very capable device. We've moved onto the G5s now (non plus version), which are a bit smaller, but will be getting Oreo. You can get Plus versions of them though.

The cameras are really good, they are fairly responsive, charge quickly, and have decent screens.

RE: ANOTHER mass shooting in America

Quote:
bandicoot says...
"Schools were always hot spots for pupils going mental, even worse now with drugs and drink, spurring on a gun totting ex-pupil.
"
Do you ever read your posts back before you submit them?

It is further ahead in time than the original Enterprise, but NCC-1701 wasn't the first Enterprise...

Or make it look at all interesting...

RE: Remember that bit in Minority Report where the shop recognises you as you walk in the door?

Quote:
Pete-MK says...
"Remember when Amazon were just a handy DVD store from the channel islands?"
Nah, that was Play247...

DVDFab's Passkey tool does the same thing as AnyDVD and it's just over £70 for a lifetime licence. I bought one when AnyDVD died and got it for £50 due to the deal they were running at the time.

Do you think anyone told him that De Palma's Scarface is a remake?

Do you have a spare WIn 7/8 licence? If so, you can still get 10 for free via the assistive technology route (but that expires at the end of the year).

RE: 3 free games on uPlay

Have Watch Dogs on the PS4, but got bored pretty quickly. I quite like Black Flag, but never played the other one. There are a lot of free games available on various platforms of late :)

Quite a lot of them:

Those are off of the top of my head and some of them are a bit tenuous, but I'm all for an alternative Christmas film. What with Lethal Weapon and the ones I've mentioned it would appear that Shane Black has a bit of a thing for the season. Perhaps we'll see a Predator in a santa hat?

Went to the midnight screening. What a load of old pony. I'm sad to say that my interest in these films is now pretty much dead. Even putting aside the rose-tinted specs the old ones are immeasurably superior. Also, anyone who slags George Lucas off after the two Disney offerings needs to take along hard look in the mirror...

RE: Looking for BD-player software that supports menus?

AnyDVD didn't really have menu support, it just removed the encryption so that you could use players which did. Have you tried Leawo Blu-ray Player? It doesn't work with all discs, but I had some success with it before I bought a lifetime licence for DVDFab.

I just came here to post this. Actually, I was thinking, with all of the free games being given out on Origin, Humble etc, is it worth having a master 'Free Games' thread?