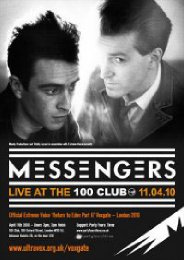 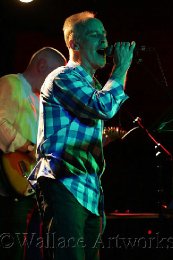 Blu-ray
The Squid and the Whale

Blu-ray
The Sign of Four / The Hound of the Baskervilles

After an absence of 24 years of being on a stage together, the classic line-up of Ultravox reformed and toured the UK in 2009 under the banner Return To Eden, which referenced their seminal album Rage In Eden. Ultravox fans were brought together once more by the band that had musically changed their lives for the better rather than meeting under the umbrella of other bands, although none the less deserving of course. And that was that, we thought.

Er…no. Buoyed on by the response of the first tentative steps into the live arena, the band consisting of Midge Ure, Chris Cross, Billy Currie and Warren Cann decided that they would do it again in 2010. And so the faithful made plans to see their heroes once more and meet friends made in the virtual world once more, ties bound by the heavy metal with synthesisers that was the core of the more commercially successful line-up of Ultravox. The highlight of this tour would be the Hammersmith Apollo gig and so the team behind the Extreme Voice website also decided to host another fan get together prior to this gig, where people could congregate and catch up whilst listening to some suitable music. 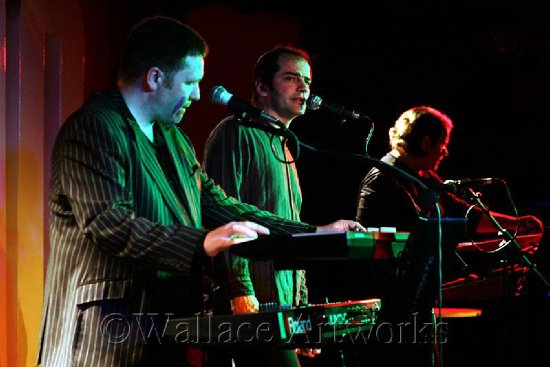 And so it was that on the afternoon of Sunday 11th April 2010, I booked into and quickly left a rather ramshackle but acceptable hotel in Hammersmith to tube across to Tottenham Court Road for the confines of the 100 Club on Oxford Street. The 100 Club is indeed a prestigious venue and one of the oldest venues in London, hosting musical acts since 1942 and counting the likes of The Sex Pistols, Nico, The Clash and Muddy Waters as part of it's heritage. Still, despite this illustrious rock 'n roll history, that afternoon's events would take a rather more electronic turn.

After time catching up with old and new friends, the musical festivities began with the 80's tribute colossus that is Party Fears 3. Now PF3 aren't simply a staid tribute band but a very talented trio of musicians that put their own very modern stamp on 80's electronic classics. Led by guitarist/vocalist Mike Lyden and backed by both Don Thomson and Steve Adams on synths, PF3 rattled through a set that had everyone dancing. It was a shorter set than is usual at a PF3 gig but included their own interpretations of a series of 80's classic's including Yazoo's Don't Go, Talk Talk's Today, Duran Duran's Hungry Like The Wolf and Planet Earth, plus Howard Jones' New Song and Ultravox's Thin Wall alongside A-Ha's Sun Always Shines On TV with a rather elongated intro. 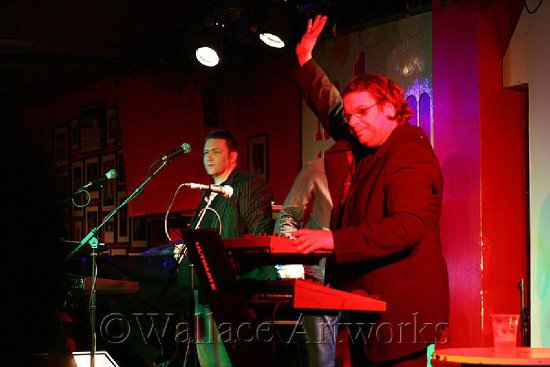 Sadly there were some sound issues that meant that the performance was not as polished or powerful as it normally is, but that's always an issue with having to rely on in-house sound tech's. Still, I have zero complaints about what I did hear, PF3 really were superb, despite Mike Lyden being perfectly placed behind a column and being exposed once more to the Steve Adams lethal dancing machine. A good start to the day's events and hopefully this gives the band a little more exposure outside of their native Glasgow/Edinburgh origins.

Next up were the big attraction for the afternoon, with Colin King and Danny Mitchell of Messengers taking to the stage for the first time in years, after what appeared to be the longest standing start in musical history - it seemed at one point as if the intro music would never stop...

Messengers were unfortunately a mere footnote in the musical history of the 80's, like so many others, but hold a place in the hearts of Ultravox fans. Messengers were the support act for Ultravox and both Colin and Danny were part of the Ultravox live juggernaut that probably accounted for most of the synthesisers in the Western world. 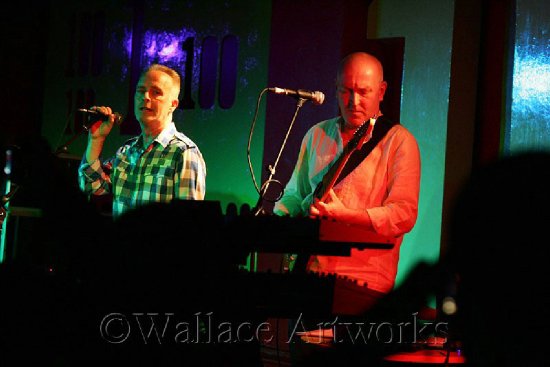 Messengers released an album via the Extreme Voice website back in 2004 that included some updating of earlier material as well as newer songs and the setlist for this performance was very much based on this. With digital backing to provide the electronic backdrop, Colin King's powerful voice once more soared and Danny Mitchell provided suitable backing on the guitar. There were slight technical hitches with the backing tracks, at which point Colin kindly apologised to his audience for the shortcomings of his father, Mr Mitchell - this all just added to the intimacy of the occasion though. As did Colin's introductions to each of Great Institutions, Frontiers and I Turn In (To You) as 'that single you never bought', with a few protestations from the audience that they weren't to blame for poor sales before singing loudly and proudly alongside Mr King.

The setlist covered the vast majority of the afore-mentioned album as well as the singles, but Messengers also brought a song called Nighttown from the archives, a song I wasn't familiar with at all but which also morphed into a section of Kraftwerk's Neon Lights for a short while. Despite the fact that the chance to see Messengers live was a highlight of the day, set highlights were Straw Boy, the stunning Departure and Art plus I Turn In (To You) and I Think You'd Better Go. Oh, and Dancing Bear, and…

The set ended with The Reformation Waltz, the same climax as the album - a suitable ending to a cracking afternoon's entertainment. There was a suitable amount of time for a bit more socialising before everyone made a head to the door in order to get back across to Hammersmith for the evening's main event but this rather special get together in the afternoon made the day even more special than it would ordinarily have been. 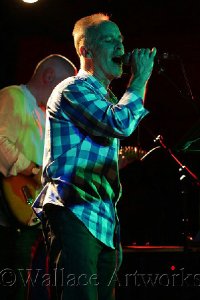