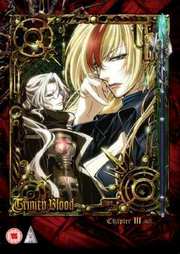 I`m often looking to be challenged by what I watch, new ideas, complex storylines, and innovative visions, basically something that I haven`t seen before. That`s no less true when it comes to anime. That doesn`t mean of course that I`m averse to some mental chewing gum, the odd summer blockbuster, something with big frakkin` explosions. That where Gonzo comes in, at least when it comes to anime. They have got the animated equivalent down to a fine art. They can present great concepts and neat little story ideas, dress them up in the finest animated livery, add oodles of action, some stock characters and situations and serve it all up in a neat twenty-minute package. It doesn`t matter if it all looks vaguely familiar, as it is just so much fun to watch. This week I have been oohing and aahing at the anime equivalent of a fireworks display with the third volume of futuristic vampire anime Trinity Blood.

9. Overcount I. The Belfry Of Downfall
The Barcelona incident has had a profound effect on Abel. The destruction of the city by the Silent Noise weapon has left him feeling helpless and bereft. It`s even worse with Noélle Bor missing and presumed dead. It`s the worst possible time for Abel to hand in his crucifix and resign. The Pope`s Uncle Alfonso returns after a self-imposed five-year exile. He didn`t take losing the papal election to his nephew well, but now he accepts the way things have turned out, and comes bearing gifts and asking for clemency. A holy obelisk and a massive bell are the tokens of his appreciation, but with Silent Noise never far from their thoughts, the bell raises the suspicions of Caterina and her AX group.

10. Overcount II. Lucifer`s Choice
With AX discredited and Caterina in seclusion, it seems that Alfonso has a free hand to exact his vengeance. But his ill will goes far beyond the papacy, and it seems that he has allied himself with the darkest forces to achieve his goals. The Rozen Kreuz Orden have sent a magus to deal with Caterina and ensure Rome`s downfall, and given that AX is under a cloud, only Abel is left free to fight the evil. But if he wants to save Rome, he will have to break his oath and kill. All the while, a mysterious figure is watching events unfold.

11. From The Empire.
When a notorious vampire fugitive is spotted in Venice, an opportunity arises for the Empire and the Vatican to cooperate. Abel Nightroad is partnered with the Duchess of Odessa, Astharoshe Asran in order to hunt down the mass-murderer Enderle, Count of Zagreb. It`s a rocky relationship, Asta`s air of superiority leads her to look down on Abel and all other humans, and her reckless pursuit of Enderle leads to chaos and destruction in Venice. There is no other choice but to deport her. But Enderle is engineering a horrific assassination attempt, and it will take both Asta and Abel to stop him.

12. The Ibelis I. Evening Visitors
The incident with Alfonso leaves the Vatican needing to show the flag, in order to reassure its vassal states. To that end Caterina is sent to Carthage, a town that is extremely close to Empire territory. When rumours begin to surface that her life is in danger, she is advised to leave. It doesn`t help when an emissary from the Empire burst into her room, arrogantly expecting his message to be accepted. Caterina`s guards act precipitously, and the emissary, Ion is injured and left thinking that the Vatican is duplicitous and treacherous. For once, the Empire is seeking peace with the Vatican, but things have just gotten worse. Soon the Department of Inquisition shows up to hunt down the vampire `assassin`. It`s up to Abel to find and protect the emissary. 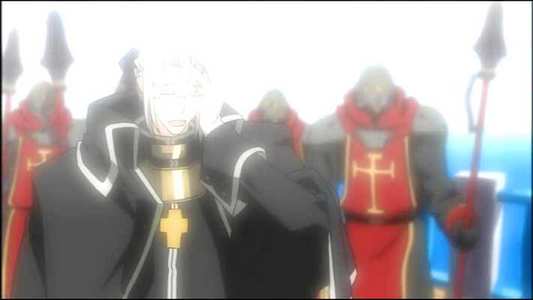 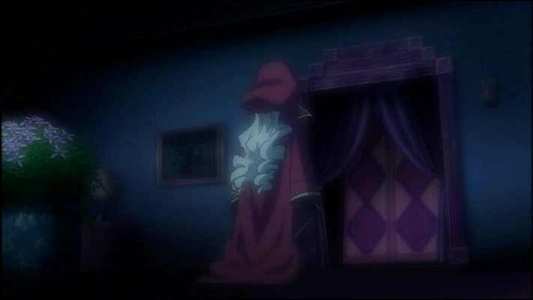 As usual for an anime disc, you get a choice of DD 2.0 Japanese and DD 5.1 English, with optional translated subtitles as well as a signs track. If you want the surrounds to give you the best action experience, then English will be the way to go, but as usual, I opted for the original Japanese track. The dialogue is clear and the theme songs are nice and catchy.

I noticed an oddity with the subtitles this time around that I wasn`t aware of previously. The vampires all `speak` with Olde English dialects. This isn`t so in the dub, but when I read lines like "Thou bargeth in like you owneth the place", I get the feeling that someone`s having a laugh. I have no way of knowing if there is a difference in the dialects of Japanese that the characters speak, but translating it this way just looks ridiculous in the subtitles. 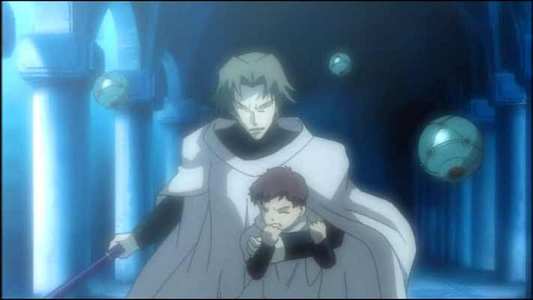 The episodes on this disc come with multi-angle credit sequences, and you`ll also find the usual jacket picture and animated menus. Textless credit sequences as well as trailers for Berserk and Ah My Goddess TV round off the bare minimum for an anime disc. 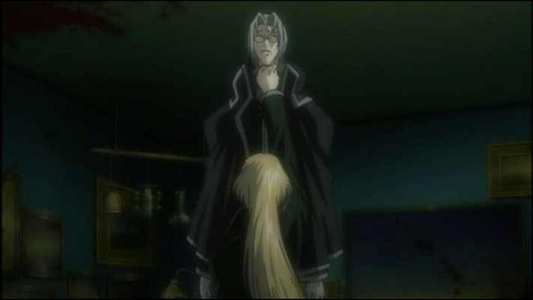 It`s time to wheel out a well-worn cliché of my own, as I announce that Trinity Blood: Volume 3 is more of the same. The visual splendour, the action eye-candy is all still present, as is the world building and complex plot developments. The story really begins to evolve in these four episodes, hints are laid to future developments, enigmatic characters are introduced and the pieces of the puzzle begin to come together to give an outline of where the series is heading. Yet there is something about Trinity Blood that continues to leave me cold.

We begin with some major plot developments when the shadowy Rozen Kreuz Orden moves directly against the Vatican. Internal politics rears its ugly head when a previous candidate for Pope returns to the city. But he is a convenient patsy, and we get a glimpse of the mysterious figure that is orchestrating events, and taking an interest in Abel Nightroad. The continuity is timely, with the Silent Noise of the previous volume a major plot point here. Also the events in Barcelona have taken a toll on Abel Nightroad, and he has to deal with his feelings before he can act decisively.

The third episode on this disc is a little more eclectic. We meet yet another new character, a noble from the Empire who is hunting a fugitive, and what follows appears to be another standalone action episode that appears to have little to do with the overall story. But it does help in colouring in some background for the Empire, and there is a tantalising glimpse of the Empress at the end, a moment that will no doubt be significant down the line.

It doesn`t take long for some of that significance to become apparent in the final episode on the disc, when it becomes clear that the Empire is trying to establish a peace with the Vatican. A reluctant emissary is sent to open a dialogue with Caterina, but internal politics underlies this whole episode. There are hardliners in the Empire to whom peace is anathema, and from the outset work to derail the peace initiative. At the same time there are factions within the Vatican who are working against such a move, and the Department of Inquisition`s heavy handling of the situation attests to that. But when even the most amenable on both sides view the other with distrust, then peace seems unlikely. And Abel is thrown right into the middle of it. With this being the first episode of a multi-part story, the disc ends on a cliffhanger.

The story is interesting, the animation up to Gonzo`s usual impressive standards, yet I can`t quite fully engage with Trinity Blood, despite my enjoyment. I do feel as if I have seen it all before, and having experienced a fair number of Gonzo titles, I can point out similarities and familiar plot devices with a wearying ease. Despite the obvious energy and pace of the story, I can`t help but feel that the creators are simply going through the motions, with little originality to the series or quirky individuality to the characters. I certainly am having difficulty relating to them. There are too many of them for one thing, they flit in and out of the episodes like mayflies, with few of them sticking around long enough to be adequately developed, and those that are, like Abel and Caterina just aren`t all that sympathetic. The stereotypes and clichés outweigh any honest empathy. With each episode introducing and developing new characters at the centre of each arc, the earlier characters get short shrift, and the story lacks momentum as a result. Esther Blanchett for instance is woefully under used. When she was rescued in the first volume, it appeared that she would become Abel`s sidekick. Her appearances however have been limited, the last time we saw her she was a timid nun wandering the precincts of the Vatican, yet by this volume she has been trained up as a gun toting, high-kicking battler for AX.

Trinity Blood is entertaining, animated superbly and fun to watch. But it`s the anime equivalent of junk food, and as the end credits roll, I`m left feeling a little bloated, but at the same time ill nourished. As long as you don`t expect too much from it, Trinity Blood will feed that anime craving.