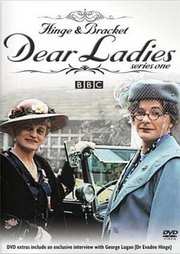 Hinge and Bracket were part of the British comedy scene for three decades, with appearances on stage, radio and television. Beginning as a music hall drag-act, with the two (Patrick Fyffe and George Logan) dressed as elderly ladies, singing songs interspersed with comedy ad-libs. Over the years the songs made way for more dialogue and, after a BBC radio show, they were approached to make a TV series.

Bringing on board Gyles Brandreth as a screenwriter, `Dear Ladies` was made in 1981-2 and screened the following year. This DVD contains all six episodes:

The supplied review disc refused to play on either of my DVD players and only the RW drive on my PC would play it, so I`m reviewing this via a LCD monitor and stereo speakers, not that much is lost thereby. 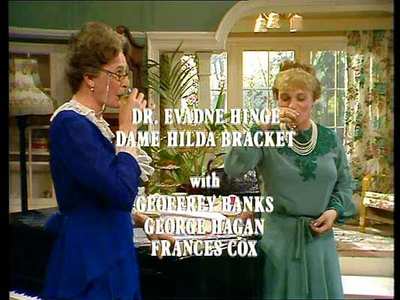 Broadcast quality fullscreen transfer, with all of the softness, artefacts and lighting flare expected of a TV show from 1983. 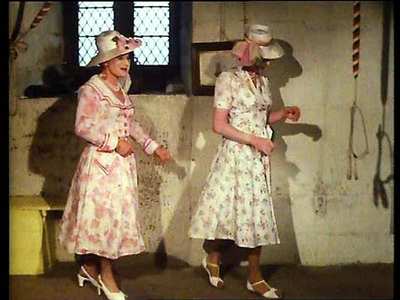 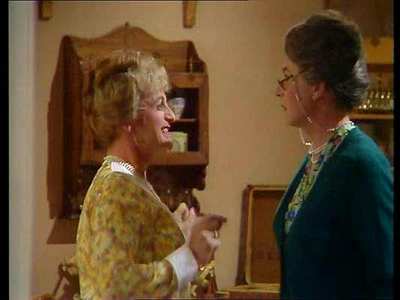 A biography of Doctor Evadne Hinge and Dame Hilda Bracket, which tells you the fictional history of the characters. Neither interesting nor amusing.

The 14 minute interview with George Logan (Dr. Evadne Hinge) is of moderate interest as he recounts the evolution of Hinge and Bracket and the making of `Dear Ladies`. 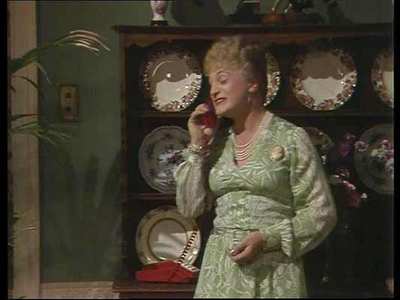 Prior to watching this, I had only ever heard the names `Hinge and Bracket` as being something to do with comedy, but not who and what they were. It was immediately apparent that they were men dressed as elderly women, living a genteel existence in a fictional village in middle England, but unlike Emily and Florence in `Little Britain`, these characters are supposed to be women, not rubbish transvestites. However, Patrick Fyffe and George Logan as the `Dear Ladies` ARE rubbish transvestites that I didn`t find funny in the slightest. They might be funny on stage or in small doses, but in a half hour TV show, aided by Gyles Brandreth, who I have never found amusing, the gags are thin on the ground and simply aren`t funny.

Comedy is an extremely subjective genre that is constantly changing: many of today`s TV comedies would never have been screened in the 1980s and, equally, shows from that era would never be given airtime nowadays. Something that will have one person in hysterics will have someone else reaching for the remote. I imagine there are people who love Hinge and Bracket and their easy-going, slightly suggestive and risqué comedy and will enjoy this DVD, but I found watching it an excruciating experience and sat stone-faced throughout.