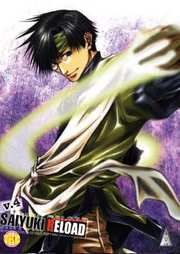 Do you remember Monkey? Loads of kung fu action, flying clouds, an infinitely extendable pole, fnar, and a Buddhist monk of indeterminate gender, all topped off with the most comical dub you will ever hear. In its native Japan it`s called Saiyuki, and is one of countless adaptations of the Journey To The West legend. The four heroes were on an endless journey, battling the forces of evil each week, only to have to start afresh at their next stop off point in the following episode. It`s nice, routine, formulaic storytelling that television used to love once upon a time, where continuity isn`t a problem, and episodes can be inserted into the schedules when convenient.

Saiyuki is no stranger to anime, and with this Saiyuki Reload series from MVM, we join the travellers 50 episodes and 1 movie into their journey. It doesn`t seem as if a lot has happened in that time, indeed the four travellers keep on heading west with no end in sight. There has been an update of course, with the characters and story moved to the present day. It appears that someone has been trying to resurrect the demon Gyumaoh, which causes no end of mischief in the demon world. Naturally, that impacts on the human world and of course someone has to do something to restore the balance. Step forward the priest, Genjyo Sanzo and his supernatural companions, Son Goku, Sha Gojyo and Cho Hakkai. Together they travel west to India (in a magic jeep named Hakuryu) to deal with the menace.

The next four episodes can be found on this shiny silver platter.

13. A Teeny Tiny Story
Trouble arises when the Sanzo party check into an inn where pets aren`t allowed, which means that Hakuryu`s dragon form isn`t welcome. He`ll have to stay outside as a jeep. Cars are rare in this town, and it isn`t too long before thieves take notice. Dodging the criminals, Hakuryu runs into three children, who fall for this magic vehicle. Will he return to the Sanzo party? Will he want to?

14. Whisper Of Darkness
Kougaiji is getting stressed, as he still hasn`t recovered the sacred scripture. Being needled about it doesn`t make things any easier, and he abandons common sense and recklessly dons a magic bracelet to increase his strength before facing off against the Sanzo party. It isn`t a good time as having just faced another sneaky demon; Sanzo is in need of medical assistance.

15. Premonition.
Kougaiji unleashes his new powers and quickly proves to be more than a match for Sanzo`s protectors. But he doesn`t realise that he has been betrayed, and he is just a pawn in a much larger game.

16. Footprints
The weather is getting cold, and Goku doesn`t like the cold. Or more accurately, he doesn`t like snow. Being imprisoned for centuries was bad enough, but when it started snowing, he got the impression that he was the last person left in the world, and the loneliness paralysed him. As he reminisces, we learn how his friends helped him through his phobia. Meanwhile, the repercussions of Kougaiji`s actions continue to reverberate. 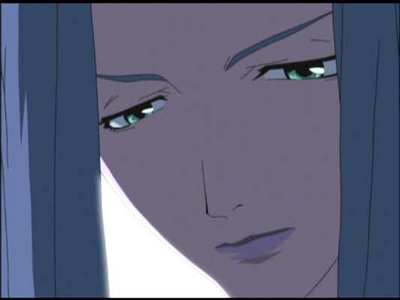 Saiyuki Reload is presented with a 4:3 regular transfer. There are a few compression artefacts, but it doesn`t really hurt the animation that much. It`s a simple, no frills anime, it really only comes alive for the action sequences, otherwise it`s comparatively static. The character designs are generic but effective, and the demons have those characteristic pointed, stick out ears common of the Japanese supernatural. More generic is the world design, the succession of villages all look identical, and there is nothing really striking or unique about any of it. 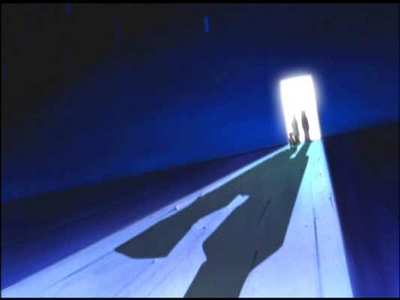 You get a choice of DD 2.0 English and Japanese, complemented by English subtitles and signs. Aside from the annoying theme tune, the dialogue is clear throughout. As usual the Japanese track was my choice, but what I sampled of the English dub was reasonable enough, if unspectacular. With this volume marking the halfway point of Saiyuki, there is a change of end theme in episode 14. 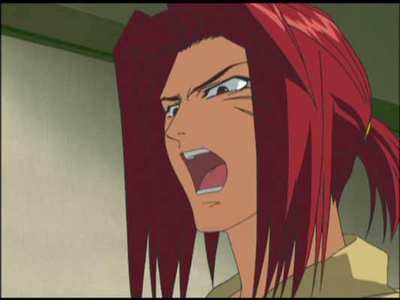 This disc contains the Commercial Collections (Goku Version), which are two minutes of the trailers used to promote the series in Japan, as well as trailers for Le Portraite de Petite Cossette and Elemental Gelade. 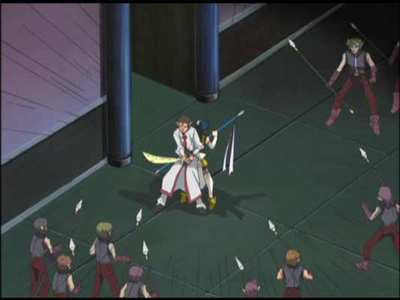 Yet another version of Journey To The West is currently making waves in the UK, with Damon Albarn and Jamie Hewlett (Gorillaz) collaborating with director Chen Shi-Zheng to create Monkey: Journey To The West. Hewlett`s idiosyncratic designs and Albarn`s music come together to create an opera that has garnered rave reviews, and finding pride of place in Alan Yentob`s Imagine series. Much as I find anything associated with Albarn smug and loaded with pretentious irony, I wish I had been watching that, instead of another volume of Saiyuki Reload.

More of the same I`m afraid. In fact, a little worse as this time round the humour didn`t seem to click with me. Saiyuki Reload is a safe, middle of the road anime that is supposed to appeal to wide audiences, but is one that I am finding bland, repetitive and well worn. That`s despite this fourth volume heralding the start of `the storyline`, the ongoing thread that is meant to hold our attention for the remainder of the series.

We begin with a cute little adventure for Hakuryu, the Sanzo party`s jeep/baby dragon. He gets separated from his passengers and winds up hiding from some unscrupulous thieves with a group of children. The following two episodes begin the ominous storyline, when the Sanzo party`s rivals, the demons who are attempting to take the scroll have a spot of bother. Early on, the foursome of Kougaiji, Dokugakuji, Lady Lirin and Yaone struck me as more interesting than their heroic counterparts. Unfortunately, they didn`t get a lot of exposure in this series, until this point where they fall victim to higher powers on their side. Kougaiji is duped into donning a dangerous bracelet, which leaves his three allies vulnerable. While Kougaiji is fighting with the Sanzo Party, trouble flares up at the bad guys` lair. The consequences of this are alluded to in the final episode on the disc, as we learn just why it is that the demons have started acting so strangely, setting this whole story into motion. The big reveal is hidden behind a twee story concerning Goku`s fear of snow, and how Sanzo, Cho Hakkai and Sha Gojyo helped him through the problem with a liberal application of stew.

I suppose this is where Saiyuki Reload becomes interesting. But I just didn`t care. I haven`t formed any sort of emotional connection to the characters, if character is the right word for people so thinly written and undeveloped. Maybe the character development was accomplished in the original Saiyuki, in which case having just this series on its own is never going to satisfy. As it is, I don`t care about the characters, I`m not invested in what predicaments they get into, and how they resolve them, and I find their clichéd interactions tiresome. Sanzo is cool and moody for the millionth time. Goku wants food, Gojyo argues with Goku, Hakkai mellows out, the jeep makes a cute noise, and they all drive off into the sunset. I didn`t even find this volume as funny as the previous ones, with the larger story taking up much of the focus.

Saiyuki Reload is wallpaper anime, the sort of thing to have on your player when you don`t really want to be paying attention. The stories are stock anime clichés, as are the characters. The animation is simplistic and cheap, and it would have got a similar recommendation to the earlier volumes, except that this is the volume where all the fun started to drain away.