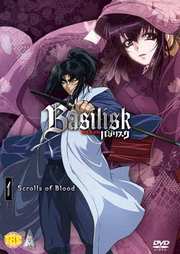 Ninja are ubiquitous! It seems that every other anime series has to have a ninja in there somewhere. The success of a show like Naruto is just one example, but there has always been a fascination with these sneaky super-powered action heroes, and it isn`t just limited to Japanese entertainment. TV in my college years consisted of a diet of Neighbours, Blockbusters and Teenage Mutant Ninja Turtles. Arcane weaponry and stealthy abilities are also a big draw for audiences; just look at James Bond, a British ninja if ever there was one. It really is quite a good result for characters that are in effect actually devious backstabbing assassins. If ever there were an antihero to root for, ninja are it, and it appears that the storytelling opportunities are boundless. Basilisk is what you get when you cross Ninja Scroll with Romeo and Juliet, and give it the class anime treatment from Gonzo studios. It`s a Shogunate era tragedy, with rival ninja families and a pair of star-crossed lovers.

It`s 1614 and the reign of Shogun Tokugawa Ieyasu is coming to an end. There are two possible heirs, but the court at Edo is split over which one. Rather than see the nation dissolve into bitter warfare once more, the Shogun decides that the successor will be decided by a proxy war. For decades the Iga and Kouga ninja families have had an uneasy external antiwar pact imposed upon them. But seeing the proficiency of the ninja on both sides, Ieyasu decides to lift the pact, and select ten ninja from each side to battle in the name of his would be successors. The last family standing will determine who will next rule Japan. This isn`t good news for Gennosuke Kouga and Oboro Iga, who have fallen in love, and whose impending wedding was expected to finally seal the peace between the two families. But there are those on either side who are all too keen to see the fighting resume and old scores settled.

This first volume from MVM: Scrolls Of Blood contains the first four episodes of the series, as well as more than the usual bare minimum of extras. 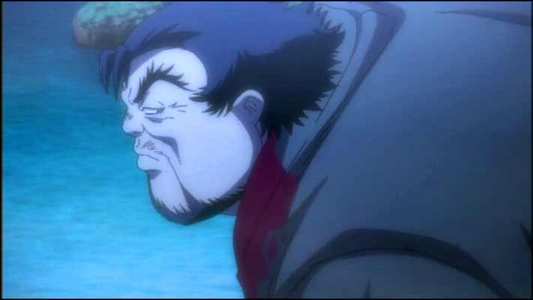 The 1.78:1 anamorphic transfer for Basilisk is very impressive. I`m used to NTSC-PAL transfers of anime to look a little soft, and exhibit a degree of jerkiness in the pans. This is practically absent in Basilisk, as the image is sharp and clear, and the animation is fluid and smooth. There is a hint of noise around moments of fast motion, but you would have to pause the disc to really notice. It`s filled with imaginative character designs that take a leaf out of Ninja Scroll`s book, while the less outlandish characters have a beauty and elegance to their designs that is very appealing. The show has a muted look and reduced palette that play up a very gothic feel to the show, and as you would expect from Gonzo, the animation is superb, especially in the action sequences. 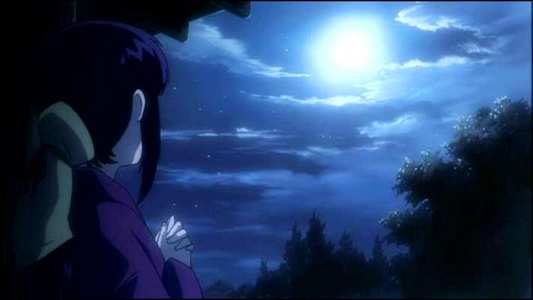 It`s a dual language title as is typical for an anime disc, with DD 5.1 English and DD 2.0 Japanese accompanied by translated English subtitles and signs. The theme tunes are the sort of soft rock that would suit a group heavy on leather and lace. My usual preference as always was the Japanese track, and the dialogue is clear and the stereo does a good job conveying the action. I did feel that in a couple of moments the music outweighed the dialogue, but this was rare. I sampled the English track, and as you would expect the surrounds are put to work with the action scenes, giving the whole affair an extra oomph. The English dub was acceptable too, although a couple of elderly characters early on were a little indistinct. 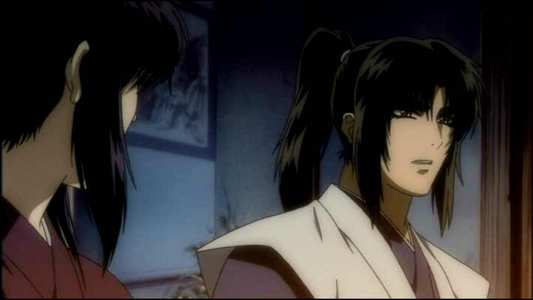 We aren`t doing too badly for extras on this disc, with the usual jacket picture, animated menus, multi angle credit sequences, textless songs and trailers for Ah My Goddess and Saiyuki Reload accompanied by something more substantial.

First there is a History Of The Ninja text supplement. You can flick through eight pages of text debunking the myths surrounding the ninjas. Apparently they were more than just assassins (and actually not very good at the assassinating bit).

The Character Cast Auditions last 24 minutes, and ADR Director Tyler Walker introduces the successful audition tapes for the main characters in the show. This is presented as audio over images and artwork from the show. Admittedly the tapes aren`t all that interesting, but given that he gives a description and his opinion of each of the characters, this featurette is much more useful as a set of character profiles. Unlike the Region 1 disc, this featurette is broken up into chapters and is easily navigable.

Finally there is the Director/Actor Commentary that accompanies the third episode on this disc. Tyler Walker returns with Mark Stoddart, voice of Tenzen to talk about his character and the show, as well as the ADR process. It`s pretty dry and serious compared to the typical anime commentary (which usually breaks up into giggling), and there is some interesting information to glean. 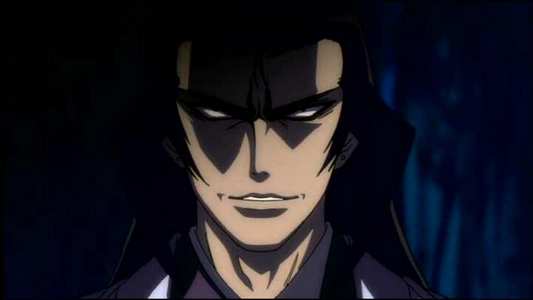 With the prospect of a period setting, Gonzo animated excellence, and a romantic tragedy of Shakespearean proportions; you`d have to forgive me for having high expectations of Basilisk. Unfortunately those expectations remain unfulfilled, at least by this first volume. But, it does appear at this stage that Basilisk is in for the long haul, rather than sticking to episodic storytelling. It`s one reason why I forwent the usual episode synopses at the start of the review. With events in one episode leading on to the next, it makes each episode harder to summarise, and with the number of fights and confrontations, it would end up looking like a WWE bill.

The set up is pretty interesting, with the two families apparently destined for mutual destruction, despite all attempts to heal the rift. The first episode shows this, setting up the remainder of the series. There is the prospect of a wedding finally uniting the two families, after decades of an uneasy forced peace. But the outgoing Shogun, seeing the skills of the ninja families, decides that he can use that animosity to his own advantage. The heads of the two families wryly, and with some grace accept this, knowing full well that the plans of their grandchildren will be left in ruins. In a flashback sequence we can see that Danjou Kouga and Ogen Iga were once lovers as well, also dreaming of uniting the families, and betrayal by the Nobunaga clan shattered that relationship. It sets up a sense of destined tragedy that works quite well, and suffuses the rest of the show.

It isn`t until the second episode that we meet the tragic lovers Gennosuke and Oboro, by which time the animosity between the two families has re-ignited once more into clandestine conflict. While the two happily look forward to their wedding, albeit with an understandable wariness of each other`s families, the other members of their clan, having seen the scrolls setting out the terms of their conflict, have already started planning ambushes. The couple have a charming naiveté about them, and the way their relationship is portrayed is one of the strong aspects of the anime. Gennosuke is the typical ninja über-warrior, supremely self aware and confident, yet hopeful about bringing peace. Oboro on the other hand has no ninja abilities at all, having grown up in a sheltered environment not expected to fight. She`s something of a klutz, and has a fragility to her, but there is an inner steel that explains why the rest of her clan look up to her.

Unfortunately, there just isn`t enough of their relationship on show, and too much ninja action instead. This shouldn`t be a bad thing you would think, but Basilisk truly takes a leaf from Ninja Scroll, and presents us with the super-powered freaks of ninja-dom that wouldn`t look out of place in a Marvel comic, albeit slightly more gross and fond of bloodshed. We have a human spider who can spin webs with his own sticky phlegm, there is one man who fights with the toughened up hair of the women of his clan, one man so fat that he`s impervious to weaponry and bouncing is his means of locomotion, there is the human torso who moves akin to a snake, and there is the half human/half slug. The character designs may be astounding, and they do make for visually striking confrontations, but the sheer outlandish fantasy of the characters tends to drown out the realism required for empathetic characterisation. It`s hard to worry about the doomed love affair of two ninjas when Slugman is shrinking due to a lack of water.

There are some beautifully animated moments in this show, especially the quieter ones. There is a sweet moment when Gennosuke and Oboro are walking to her village, and we see their shadows on the mountain face. Oboro sees this and makes their shadows hold hands. It`s a sweet, charming moment that establishes the characters and the feelings between them. It was certainly enough to get me hooked on the characters and interested in seeing how they turn out. Also by the end of this first volume, the battle between the two sides has begun, with one side edging ahead of the other in terms of body count. Too, Gennosuke has walked into the lion`s den, and while Oboro may not yet know what is going on, the other Iga in the village won`t want to miss a chance to get rid of their enemy. Despite the wild departure from realism, I still want to know how the cliffhanger is resolved. Finally, given the blood and slaughter in this volume, how on Earth did Basilisk get rated a 12?