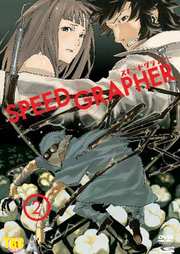 Four more debauched episodes are here on this MVM disc.

5. Whore of Diamonds
Shinsen isn't best pleased with Suitengu after he let Kagura escape with Saiga. In fact she has a punishment in mind involving sex and violence, although not necessarily in that order. Suitengu's right hand man Tsujido's on the case however, sniffing out Kagura, although a man who can blow things up with a camera isn't to be faced lightly. They have an ace up their sleeve though. Koganei is a woman used to the finer things in life, especially diamonds. She loves diamonds, she devours diamonds, she's the kind of woman who would tear a diamond ring off someone's finger with her teeth. She exhausted her rich husband, and then cashed in his life insurance policy, and when that wasn't enough, she turned to Suitengu's secret club, and received Kagura's blessing. Now she owes the Tennozu group, and they're calling in her marker. She will be the one to recover Kagura. When it comes to Saiga's ability, she has a neat trick. She literally turns into a diamond woman. 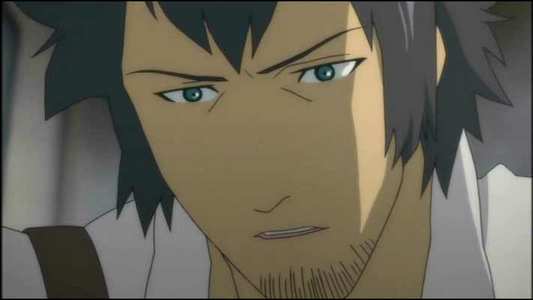 6. Out of Focus
Kagura and Saiga had sneaked away from danger despite the Tennozu group throwing up a search net that blocked all the roads. They found refuge in a transsexual themed pub, where Saiga got a job behind the bar, and Kagura joined the girls on stage. But then the diamond woman walked in, and it all fell apart. The Tennozu group had their goddess back, and Saiga was about to be erased, but then Koganei changed the terms of the agreement. Now she's going to ransom Kagura back to her mother, in exchange for all the diamonds she could ever need. Rather than face her themselves, Tsujido and his men decide to let Saiga do it for them. No matter the outcome, they'll get rid of at least one of their problems.

7. The Big Picture
Suitengu's men are back to square one in their hunt for Kagura, and it transpires that they have a deadline looming over them. Tsujido knows of another Euphorian, gifted with power by Kagura who owes them a favour. Dr Mizunoguchi is a dentist with a passion for drilling teeth, whether his patients want him to or not. His tendency to leave corpses in his chair means that Tennozu group have a lot of cleaning up to do, which is why he owes them a big favour, and which is why he is now recruited to deal with Saiga and rescue Kagura. Kagura and Saiga have found a new place outside the city to lie low. Dr Ryogoku owes Saiga a favour or two, although not for so grisly a reason, and Saiga calls in that favour to find out just what happened to him, and what Kagura has to do with it. What he learns isn't the answer he's looking for, but it chills his blood nevertheless. 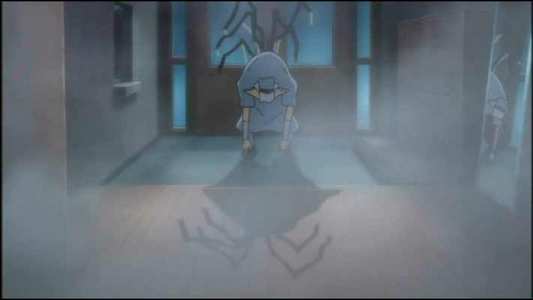 8. Dentophobia
Suitengu undergoes some strange sort of electroshock therapy, and then departs for a meeting on a ship moored outside the city. This ship is full of tanks like the one he was just being treated in, and the tanks are filled with 'patients'. Meanwhile Tsujido and the psychotic dentist catch up to Kagura and Saiga at the clinic and begin to wreak havoc in their attempt to recapture Kagura. As the smoke fills the building, Saiga finds his abilities are curtailed. His camera can't focus when there is smoke in the way, and it looks like the demon dentist will have no problem in removing Saiga from the equation.

Speed Grapher gets a 1.78:1 anamorphic transfer, and it's par for the course for anime on DVD. You have your NTSC-PAL conversion issues, although not too many of them, the image is clear and sharp throughout, and the animation is smooth and detailed. It's a Gonzo product, so expect smart looking characters, a blending of traditional 2D and 3D CGI, and plenty of bang for your buck. In fact the characters in Speed Grapher are a little more edgy than usual for Gonzo, certainly suiting the decadent nature of the story, and it seems the animators went to dominatrix school for some of the get ups. 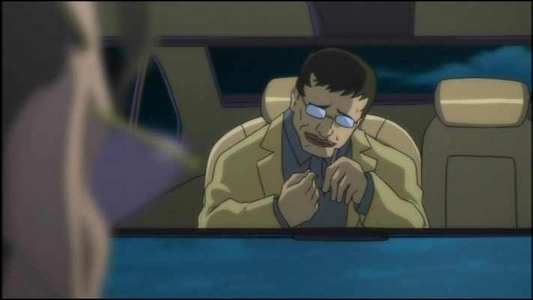 On the disc, you'll find the textless credits, trailers for Ah My Goddess TV and Saiyuki Reload.

The big extra is 8 minutes of Character Cast Auditions, presented by ADR director Christopher Bevins, and we get to see brothers Greg and Chris Ayres, Tsujido and Suitengu at work. 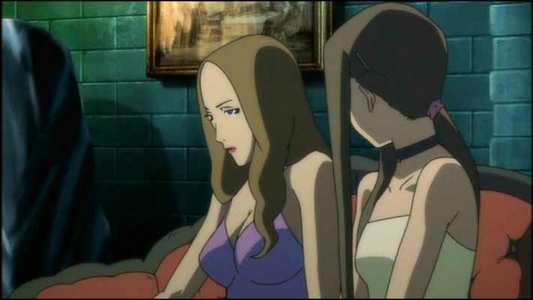 Disappointment sets in early with Speed Grapher, certainly earlier than I have come to expect with Gonzo series, which usually save their narrative letdowns for the final act. That isn't to say that this volume isn't enjoyable, as it most certainly does offer 90 odd minutes of entertainment and action. It's just that it fails to live up to the promise of the first volume, that edgy look at the gutter of society. There's decadence and excess to be had in volume 2, but it's wrapped up in a relatively mundane monster of the week scenario, and the power-abusing psychopaths that lit up the screen in the first few episodes now look as if they are growing moustaches to twirl. Speed Grapher just isn't as complex and multi-dimensioned as it promised to be. 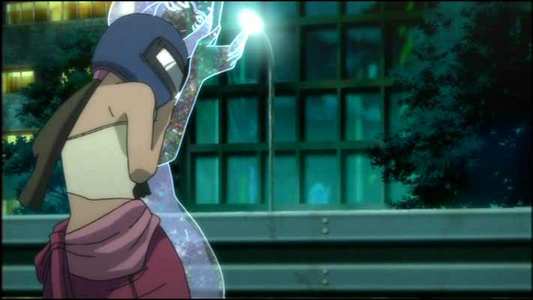 Of course, all this may be a consequence of where we are in the story at this point, with Kagura and Saiga fleeing for their lives, and the Tennozu group pursuing them relentlessly. Nuance of character tends to be left by the wayside, especially for the pursuers, and while the show keeps asking questions about the world, the story, and the mystery, the chase itself doesn't allow any time to reflect on the nature of the questions, let alone ponder any answers. It's a simple matter of Kagura and Saiga running, and Tennozu's people pursuing. To liven things up, we get two Euphorians thrown into the mix. Euphorians are those people such as Saiga who are suited to receiving Kagura's blessing, and as such have developed powers of their own. It seems sensible that when you are pursuing someone with explosive abilities, you employ someone with abilities that can counter them. 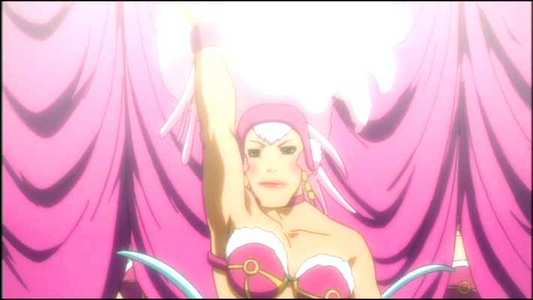 Rather than being a villain of the week format however, this is a villain of the fortnight show, with the episodes on this disc split into two-part stories. The first sees Saiga and Kagura holed up in a transsexual pub, while hunting them is a woman who likes diamonds so much that she devours them, and can become indestructible crystal herself. Transparency proves to be an impediment to Saiga's photo-explosive ability, and this story turns into quite an interesting challenge, with Saiga's only reprieve coming when Koganei betrays her employers. Around this point I was wondering why Suitengu was only sending lackeys after the two escapees, when it becomes apparent that he has some extensive abilities of his own. Of course you don't use the series main villain so early in the story. This arc is also useful in allowing for some character bonding between Kagura and Saiga. 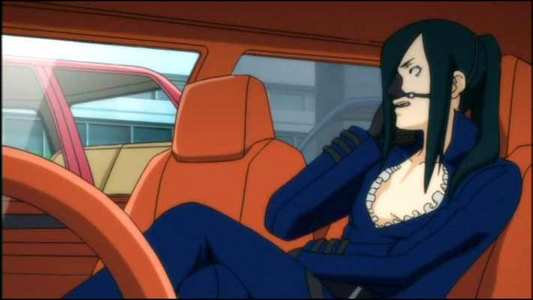 The next arc concentrates more on Saiga's past, and we learn about his career as a war photographer, and the obsessions that drive him into the middle of war zones. This is related in flashback, first as the Doctor tells Kagura about his friend's past, and simultaneously we see the return of policewoman Ginza, who is now investigating Saiga's disappearance, and learning that beyond the kinky sex, she didn't really know him all that well. Of course we have to deal with another pursuer with weird powers, and another member of the secret club. This time it's a dentist who gets off on drilling pretty women's teeth, without anaesthetic, and without stopping until their bodies cease twitching. 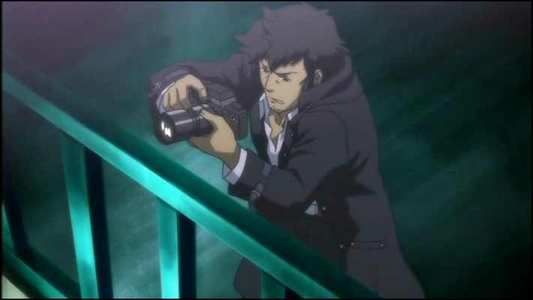 In the background of these episodes, we get little hints about the Tennozu group, the secret club, and what their ultimate plans are. We see that Suitengu has some abilities of his own, although these are abilities that he is determined to keep secret, we learn of arcane experiments taking place in an offshore vessel, and that Suitengu may himself be a subject of those tests. It's all pretty clouded and mysterious at this point, and how it pans out will only be determined in subsequent volumes. Speed Grapher Volume 2 is a pretty run of the mill slice of an action anime show, typical of Gonzo, and none of the promise of the first volume is fulfilled here. On the bright side, there are still four volumes to go for the story to pick up. Let's hope that the monster of the week scenario is confined to this volume alone.