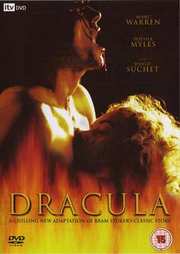 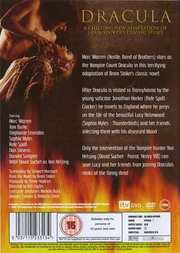 Back Cover of Dracula

Shown on BBC One on December 28th and released on DVD less than two weeks later, Stewart Harcourt`s adaptation of Bram Stoker`s `Dracula` is the latest in a long line of films and TV shows about the vampire count.

Promoting Lord Holmwood from peripheral character to centre stage, this story begins with the death of his father from syphilis, an incurable disease he discovers he has inherited. When he marries Lucy and is unwilling to consummate their marriage as this would infect her, he realises that desperate times call for desperate measures and, with the help of a satanic cult, he uses Jonathan Harker to bring Count Dracula - a man who apparently can cure him - to England. 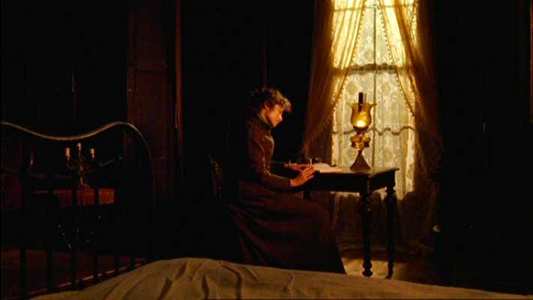 A surprisingly grainy transfer which looks particularly bad in the darker scenes. For a film that is so recent, I`m shocked at the poor picture quality and have seen DVDs of TV shows from several years ago that looked better. 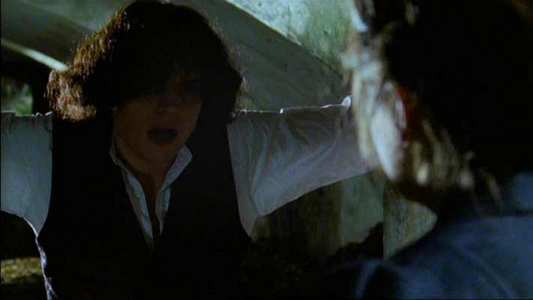 The Dolby Digital 2.0 Stereo soundtrack is adequate and it`s a shame that there`s no 5.1 option, which would have accentuated the aural stabs. 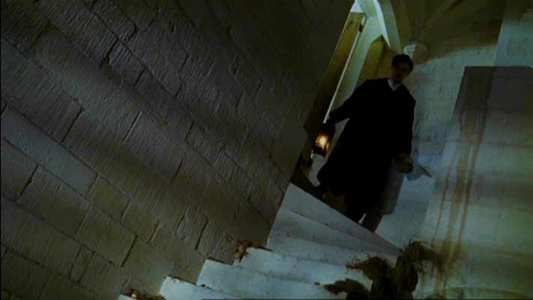 None. The time from screening to release was obviously too short for any to be made. 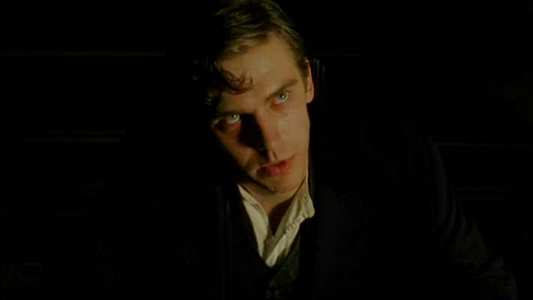 Given that Bram Stoker`s `Dracula` was first adapted for film by Henrik Galeen for F.W. Murnau`s sublime `Nosferatu, eine Symphonie des Grauens` in 1922 and the character has appeared on screen nearly fifty times since in different guises, Stewart Harcourt obviously felt that the story could still be adapted, but with a new spin.

The result is that before watching this, you should take everything you know about Dracula, screw it up into a ball and throw it out the window as far as you can, otherwise, as I did, you`ll find yourself shouting at the screen "That doesn`t happen!" or "What the hell have you done with that great book?". I can understand Harcourt wanting to try something new, but the whole premise of this adaptation annoyed me, with every change for the worse. Far from being a menacing aristocrat, Marc Warren seemed to have fashioned his look from Robert Smith of The Cure and will certainly not be joining Max Shreck, Bella Lugosi and Christopher Lee on the list of iconic Draculas!

If you saw this on TV then you`ll have your own opinion about it and will know whether you want to buy the DVD which only contains the ninety minute feature. If you haven`t seen it, then do yourself a favour, avoid it like syphilis and invest in either Murnau`s `Nosferatu`, Browning`s 1931 adaptation, or Francis Ford Coppola`s version, which is much closer to the book than any other.