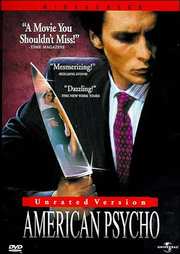 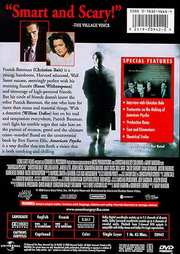 Back Cover of American Psycho (Unrated)

DVD
Cider House Rules, The (US)

Before going into any detail about the film itself, I`ll explain the "unrated" that adornes this version of American Psycho.

When originally presented for certification for a US theatrical release, American Psycho was given a NC-17 rating - a kiss-of-death in the the US cinema as it immediately excludes a huge portion of the audience. Consequently the film was cut in order to get a R rating. The scenes which caused the problem were suprisingly not violent. but of a threesome and were deemed unacceptable due to the attitude of Patrick Bateman (Christian Bale) whilst having sex with two prositutes - i.e. taping himself, posing for the camera etc. The "unrated" American and Canadian versions of the films should be the same as the UK 18 release which will come here at some point in the future.

As far as the potential for gore goes, there`s not really any as such in this movie, there`s some fairly violent killings but you see less than you would elsewhere - it`s the tone of this film that alarms...

The film starts with an introduction to the characters in the film, narrated by the main character and of course psycho, Patrick Bateman. There really are some very funny moments in this film such as the comparing of business cards scene where one of Bateman`s colleagues has a nicer card...however this humour is soon derailed when back in his apartment, Huey Lewis blasts from the stereo as Bateman dances around and hacks up his colleague with a fire axe. I wonder if Huey Lewis would have licensed his song had he realised what it was going to be used for. Phil Collins will be similarly vexed over the use of his music during the previously mentioned fairly explicit threesome. 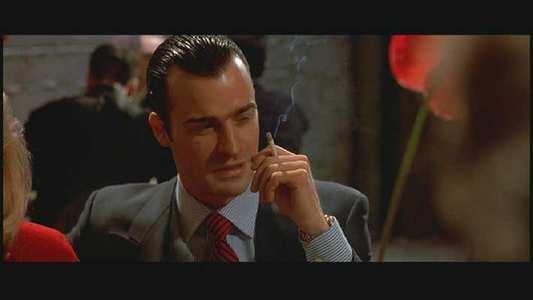 When mine arrived a twinge of horror crept through me as widescreen was not mentioned on the box and the sound was quoted as being "stereo surround". Luckily however, this seems to be a b0rk-up at the packagers as the film is 2.35:1 anamorphic widescreen.

There were some adverse comments about the quality of the video when this came out (which was in fact three weeks sooner than it should - prompting allegations that the Canadian release was fake - although it is simply repackaged). Personally I though the picture was pretty good throughout and had no complaints at all. In fact I thought some scenes had remarkable clarity and there were no problems with compression, geometry or colour. 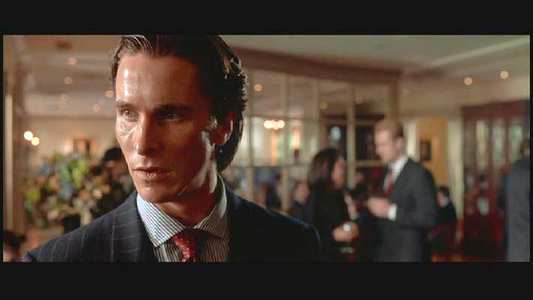 Despite what the packaging might have you believe, this has a Dolby Digital 5.1 mix, and it is well done. The film is set in the 80s and I`ve already written about the music which sounds very good.

There`s a lot of dialogue on this film and it is all clear, well directed and doesn`t get caught up in the clutter of background noise.

There`s good use of all channels for both ambient sounds and music. 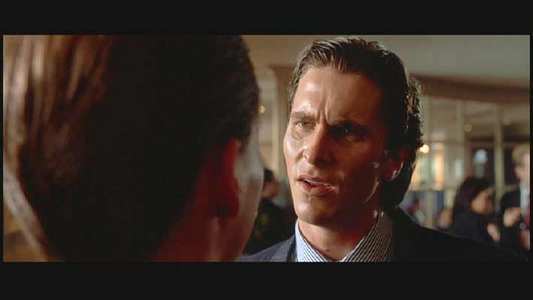 A short interview with Christian Bale, a short featurette on the making-of, production notes, cast crew bios and a trailer are on offer.

The featurettes are both interesting but way too short. 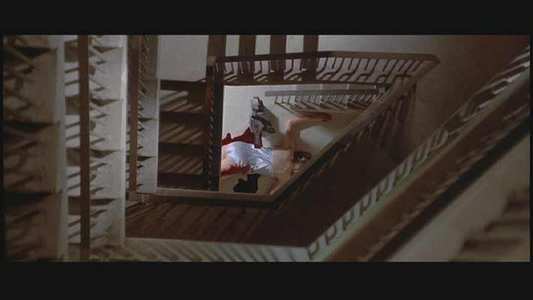 Overall, this is a good film, but make no mistake this will certainly not appeal to everybody, there is of course the violence that whilst not graphic on screen - it is very clear what is going on. There`s also a lot of sex and drugs, but most importantly the tone of the film will offend people.

However you don`t buy a film called American Psycho and not know what you`re likely to be getting into!

Christian Bale is outstanding as Bateman and the supporting cast all give good performances. Picture and sound are both excellent and the features are above average dispite being short.

The film itself is also good, but although I haven`t read the book, I`ve heard from a few people that it is disappointing if you`ve read the novel first - as is so often the case.

Sit down in a dark room late at night to watch this and prepare to be alarmed.