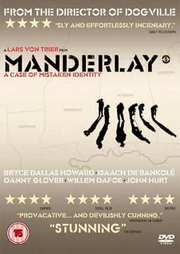 DVD
Night We Called It A Day, The (UK)

DVD
Without A Trace: Season 2 (UK)

Purporting to follow directly from the events seen in Dogville (which I haven`t seen, so can`t pass comment on), Grace (Bryce Dallas Howard) is travelling through the Southern states of the US with her gangster father (Willem Dafoe) when they come across a plantation called Manderlay. Whilst stopping to review where they`re going next, Grace discovers a slave being punished by a white overseer. This event turns her stomach and Grace persuades her father to allow her to use his hired hands to help her overcome the family running the plantation and implement her own style of democracy.

Her father is reluctant at first, but gives in, leaving Grace to her own devices with a handful of men and her own opinion of what is right and wrong. Initially things go well with the slaves seeming to feel free and the white family incarcerated for their crimes, but pretty soon Grace finds that things are being neglected. The land is not being prepared for sowing the cotton that will harvest later in the year, no-one is making a move on repairing the leaky buildings that let in the rain and damp. Grace is exasperated that these free slaves cannot help themselves, so with the help of her men and some gentle but forceful persuasion, she implements rules and introduces a ballot.

When it comes to the issue of the leaky buildings, Grace is told that the reason that this work had not been done is that there is a lack of materials available to do it. Grace disagrees, however, she knows there is a bank of trees lining their dead former owner`s garden and instructs them to tear it down in order to get the wood they need. Reluctantly they do so and both former slaves and white family find themselves working in harmony as it looks as if Grace`s intervention has brought salvation.

It would appear, though, that this one action will be the catalyst for a series of small highs and large lows that will test Grace`s resolve and belief in her way of life to the limit… 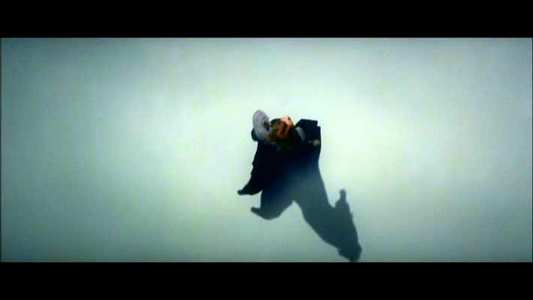 Interesting visual style on this one. It`s almost theatrical with a big set made with all the sub-sets on it, no real walls or doors, just perceived ones where the actors go through the motions of opening and closing them. It`s a little hard to get used to at first but that soon passes. Simple but really effective. 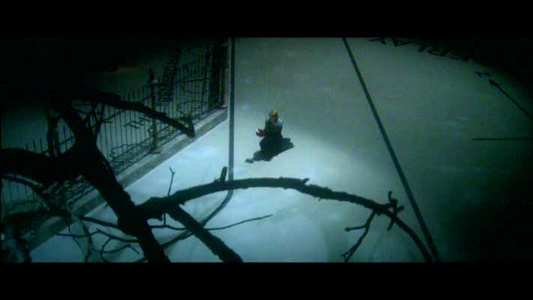 Choice of Dolby Stereo or 5.1 mixes. The 5.1 is not that hot, but then this was filmed on a closed set with minimal background noise and it`s dialogue-driven. That said, the moment the one shot comes is effective, you know it`s coming but you just don`t realise how loud it`s going to be. Still it`s meant to be shocking in terms of the narrative, so it fits. Well sub-titled too, although not the commentary. 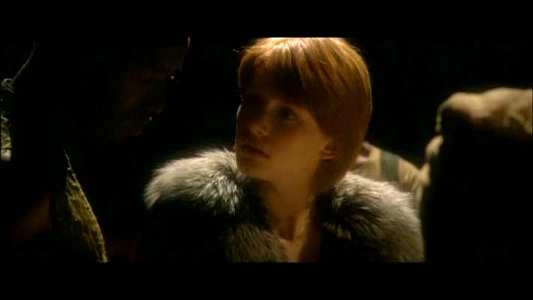 The Making of Manderlay - interesting behind the scenes featurette 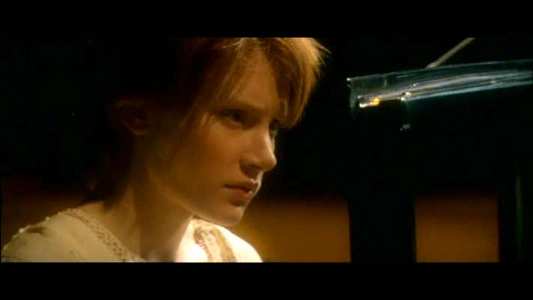 I said this for the first time when opening a review for Dear Wendy (which Lars Von Trier wrote but didn`t direct), but I`ll say it again. Wow. At first glance this is a film about racism, but it`s so much more thought provoking than just that. It`s about perspective, looking in at events you don`t really understand but judging them by your own standards. Racism, as Von Trier himself states, is an obvious subject to choose when making a film about the US as they have been struggling with that since the day the first settlers set foot on the continent, but you can transpose what happens here onto so many other different situations both domestically and globally.

The more obvious comparison that Von Trier seems to be making is the current US Imperialism championed by the current US administration. Grace invades the plantation, disarms and humiliates the existing hierarchy and attempts to impose her version of democracy on the inhabitants by force. Sound familiar? The narrative, interspersed with an extremely cutting narration by John Hurt, asks awkward questions that many don`t look to ask but also reverses the political viewpoint of the implied comparison. Here we have a liberal who feels extremely guilty about the fact that slavery still exists in the modern(ish) world and feels it is her duty to overthrow it and replace it with the system of democracy that she is most familiar with. She fails to understand the whole situation though, and that democracy cannot just be presented but worked on through struggle, so she fails to recognise that actually the slaves may just have been better off under the old system; something that becomes more and more apparent as the film progresses. Glover`s character Wilhelm sums it up best when he plaintively pleads "I feel we ain`t ready for a completely new way of life".

Part of the featurette on this DVD shows a Danish photographer present a collection of photographs on American racism that he took on his journey around that country. The whole cast watched it together and they soon split into two groups once it had finished. The white cast members all felt incredibly guilty about what had happened and what was still happening in places. The black cast members, including Glover, were angry about the implication that they were being told by a white foreigner that they were only who they were due to the abominations committed against their race. Although not intended, it`s a nice and rather telling parallel.

Manderlay is an uncomfortable look at the values we hold dear and how they don`t automatically apply to everyone-else. It`s similar to how people feel when they discover that Koreans eat cats and dogs, for example. The impulse of those `who know better` is nearly always one of disgust and encourages people to spread their values to the world, not realising that those values must have context in the place that you wish to apply them to. I remember a similar argument raging across Europe and the US back in 2000 when Jörg Haider was elected as a leader within the Austrian government. The world was seemingly united in condemning the election of a facist of the old school who had praised some Nazi policies, which led to Haider standing down. Despite not agreeing with Haider, I always thought this was extremely hypocritical. The people of Austria had spoken, but the rest of the influential Western world had decided that while they promoted democracy, it had to be on their terms. The less said about Iraq currently the better…

But enough of the philosophy and political talk, how well made is the film? Extremely. Danny Glover is the biggest star here, although Lauren Bacall puts in a brief performance as elderly plantation owner. Surprisingly, most of the actors playing slaves are actually British and it`s quite surprising to see Blossom Jackson (Mona Hammond) from Eastenders stretching her acting muscles here. Still, they all put in fantastic performances, mainly (as the actors themselves confess) due to the directing style of Von Trier. There is a lot of improvisation here as Von Trier allows his cast to really run the scene how they want to, allowing them to make mistakes so that they can understand for themselves what works best, which is generally howq Von Trier wants it anyway. Even distinguished actors like Glover and Defoe feel a little uncomfortable with this way of working but acknowledge that this is how the director brings the best out of them.

The end of this film is quite shocking in its brutality and the realisation that you can`t go ramraiding into a situation and just change things `for the better` without first understanding it as a whole and by local standards. The anger and shift in Grace at the end is probably the most shocking of all, while the revelation of how the Manderlay system came into being is strangely not that odd when you consider it.

Take Manderlay at face value if you must and focus on racism or look a little deeper, it`s up to you. Whatever you do, at least be honest and ask yourself the same questions the film asks. Will you come up with the same answers? Only your perspective and experience will tell you that.