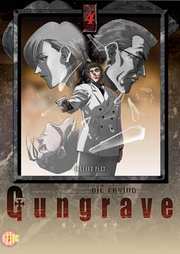 For an anime inspired by a Playstation game this has no business being as good as it is. It`s a really first-class piece of storytelling with a richness often missing from this type of high-octane anime.

Now we`re on Disc 4 (Episodes 13 - 16) things really hot up and the curious hints at the dark future of Brandon offered up in episode 1 make perfect sense now. This contains the pivotal episode where Brandon`s relationship with long time school friend Harry changes forever.

For those who don`t want to read on (to what will inevitably contain spoilers) then please note - on Disc 4 this already excellent anime moves up a gear to provide some of the best entertainment this reviewer has seen in a very crowded genre. Make no mistake - `Gungrave` is good, and the episodes here on Disc 4 are nothing less than excellent. So if you`ve joined in thus far, then don`t stop now. It gets better and better.

Here`s a brief synopsis of each episode.

EPISODE 13: BETRAYAL
Things kick -off with the discovery that the Millennium books aren`t adding up. It seems that Harry is hiding some ten million big ones, and Randy is not best pleased. He initiates an enquiry, whilst Harry, upon hearing this, initiates Randy`s untimely demise. Harry also transfers the money into Randy`s account, convincing Big Daddy that Randy was corrupt and deserved to die. In the meantime, ambitious Harry has bought a big mansion where he`s shacking up with Bear Walken`s daughter, Sherry. Bear pays him a visit and senses that not all is right with Harry. There`s also some real weirdness when Big Daddy lets Brandon see Maria again. Maria is clearly in love with Brandon, but he is aloof, almost cold. It transpires that Big Daddy`s fatherly love has turned into something more adult and that Maria is reciprocating. Weird .but wonderful!

EPISODE 14: DIE
Now that Big Daddy`s in love with Maria, he feels its time to retire. Everyone (including Harry) assumes that Harry will become his successor, though Big Daddy picks Arzac as he senses something`s not quite right with Harry. Naturally Arzac doesn`t last long, falling into a `coma` before three months are out. Brandon starts to realise that Harry`s ambitions mean that he is prepared to do anything to get to the top. When Harry asks Brandon to kill Big Daddy Brandon flips and takes out his gun, ready to fulfil his promise to Big Daddy that he will exterminate anyone who doesn`t adhere to Millennion`s code. However, he can`t bring himself to shoot his old school friend. Too bad Harry doesn`t feel the same way.

EPISODE 15: HARRY
To cover up over Brandon`s death, Harry makes it appear that Brandon was stealing from Millennion. Big Daddy isn`t buying it and tells Bear Walken of his doubts. Maria is now pregnant with his child and she takes the news of Brandon`s death very badly. In the meantime, Harry has become all-powerful, virtually controlling the organisation in a highly autocratic way. He visits the lab where the Necro-Rise experimentation (with his funding) has gone awry, unleashing killing monsters that are out of control. Harry`s guilt makes him assume that this part of Brandon`s curse upon him. How horribly close to the truth he is!!

EPISODE 16: LETTER
It turns out that `Beyond the grave`, the crazy, unstoppable giant gun-toting cowboy we were introduced to in Episode 1, was Brandon`s idea. He requested that, in the event of his death, that Dr. Tokioka would revive him in this new form. Big Daddy reads a letter from Brandon that lets him know that Brandon suspected Harry was up to no good. Big Daddy, still filled with a fatherly affection for Brandon, visits his body and asks the Doctor to let him rest in peace. Maria learns that Harry killed Brandon and she goes to Harry`s office with a knife intent on wreaking revenge. Big Daddy heads her off and then goes to face Harry himself. He tells Harry that Brandon knew what he was up to and in an insane rage Harry shoots Big Daddy again and again. He feels that this is not enough and implies that Maria (and her unborn child) will be next on his hit list. But Maria now knows how to summon `Beyond the Grave`s` help. 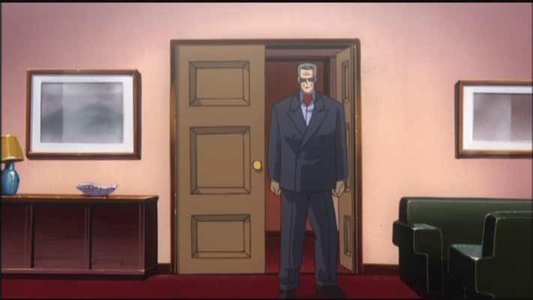 Widescreen 1.85:1, which is nice (as so many anime discs are OVA`s or TV episodes in 4:3) and the presentation is flawless with simply stunning picture quality and amazing detail. Fantastic! 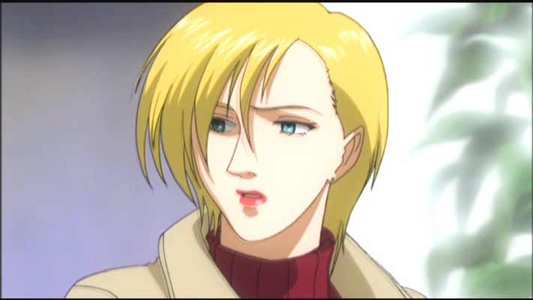 5.1 Dolby Digital for the English soundtrack, and it`s well done. A good choice of voice in general, and a nice audio mix that veers towards gaming when the action starts - and man, do they make some use of the speaker spread! The fights will have you leaping from your chair as this puts you at the heart of the action, with ricochet shots springing from one speaker to the next.

Also worthy of mention is Tsuneo Imahori`s score, which is really unusual for this type of anime. Almost ambient jazz, it`s an odd choice and yet somehow works. 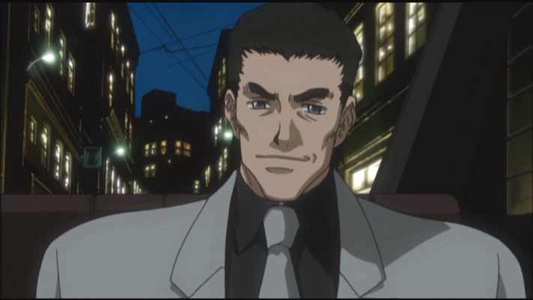 There are 12 frames of sketchy artwork here for those who like to use the stills as manga drawing reference material. For the rest of us though, these always seem a little dull compared to the anime.

Then there are a couple of trailers - for Trigun and (I think) Tsuki Mi.

There`s also a curious option called `Credits` and it`s just a single white out of black DVD production credit frame. Not much of a special feature that one, except possibly for those who put the DVD together. 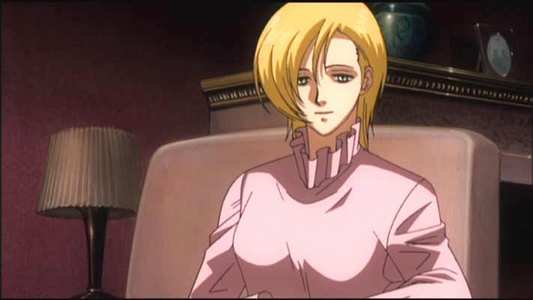 Gungrave` may have been inspired by the video game of the same title, but it`s not a series that`s happy to rely on relentless shoot `em up action. Whilst there`s plenty of that there`s also some clever characterisation.

At round about 25 minutes an episode they move through at such a pace that it`s hard to believe that the time has passed, and there`s no doubt that this will have fans of the genre panting for more.
The animation is intelligently and creatively handled, with interesting perspectives, colouring and mood - and the picture quality here is just incredible.

My only gripe is probably a consequence of elements `lost in translation`. When Brandon becomes `Beyond the Grave` you can`t help but think that the writers could have penned a slightly snappier name. But maybe the Japanese version of that name sounds snappy enough. But that`s it …the only gripe in an otherwise glowing review.

Disc 4 takes an already compelling anime and moves it up a gear, providing four episodes that are really very top-notch. From intelligent scripting and characterisation, to exciting action sequences, this doesn`t look or feel like an animation inspired by a computer game. Thoroughly recommended.