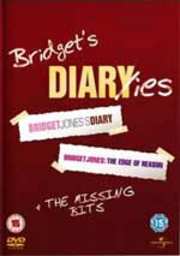 If one thing strikes you about the Bridget Jones saga, it`s that she`s too good for either of the two morons she moons after throughout the saga. This box set is a release of the two movies along with an extra disc of "missing bits". There`s not an enormous amount one can say about a disc of extras, which is all that Universal`s PR folk sent us, and if I say it here it`ll leave a big blank space in the "extras" box. Fortunately, I reviewed the second movie a short while ago and as the transfer`s the same I`ll simply cut and paste most of the other review if it`s all the same to you.

The movie picks up a month after the first picture ended, with ever the romantic Bridget (Renee Zellweger) still in the first flush of romance with Mark Darcy (Colin Firth). Unsurprisingly before long complications arise and Bridget, suddenly single again, finds herself on a flight to Bangkok with the louche Daniel Cleaver (Hugh Grant). An encounter with friend Shazzer`s holiday romance lands her in deep water…

Helen Fielding`s novels about dumpy singleton Bridget Jones were a raging bestseller phenomenon long before Working Title made the first movie in 2001. Three years on (but only a month in Bridget`s universe), Beeban Kidron takes over the directorial reins from Sharon MacGuire and places Bridget of a bigger, wider stage which takes her from her Mum`s turkey curry buffet to the distant shores of Thailand.

The sense of humour is still there - Bridget`s internal monologue, her frequent attacks of foot-in-mouth disease and her inability to cruise through life without something embarrassing happening to her. Once again her love life is complicated by Mark Darcy`s uptight personality and Daniel Cleaver`s Casanova ways, but her biggest problem is landed in her lap by her friend Shazzer when she accompanies Bridget to Thailand as chaperone.

Charm. That`s what these pictures have lashings of. Even the characters you`re supposed to dislike are disarmingly likeable. Gross-out humour and sheer stupidity is at a low, and the scripts are loaded with smart lines. Why can`t more movies be like this? 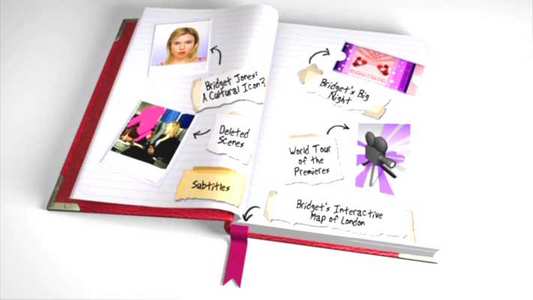 As anamorphic transfers of 2.35:1 movies go, these are immaculate. Beautifully photographed by Stuart Dryburgh and Adrian Biddle, the images on the discs are clear, sharp, colourful and completely free of digital artefacts, as one would hope. 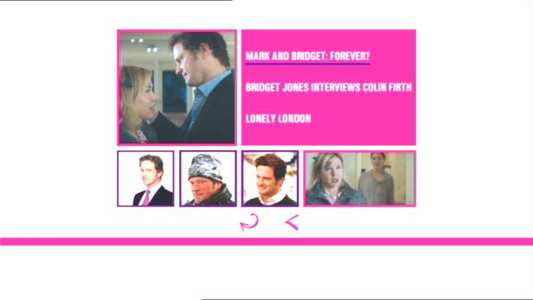 The sound for the movies are brilliantly immersive Dolby Digital 5.1 mixes that apply to both sound effects and the score. The score of the second movie is loaded with musical puns and jokes, with one that will especially appeal to Bond fans. 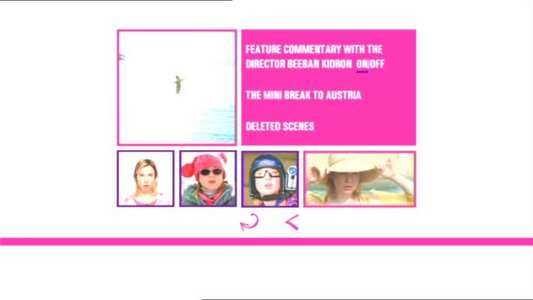 The two movies come with their own extras as previously released. Now, this is where we start talking about the third disc:

Bridget Jones: A Cultural Icon
This is a Matchbox tv puff-piece that I`m pretty sure was shown on ITV as part of the publicity campaign for The Edge of Reason. Around 25 minutes in length it uses interviews with "experts" and pundits to analyze the cultural impact of the Helen Fielding novels and the movies.

Deleted Scenes
Three deleted scenes and a Play All option.

Bridget`s Big Night
This is the preparations for and the premiere of Bridget Jones: The Edge Of Reason. It makes interesting viewing as normally you don`t get behind-the-scenes of a big Leicester Square premiere. You also realise insanity it a prerequisite of a career in PR…

World Tour of the Premieres
This is about a minute`s worth of stills and stuff from the various premieres for the movie around the world.

Bridget`s Interactive Map Of London
Trivia, a quiz and clips triggered from an amazingly cute 3D graphic map of London. 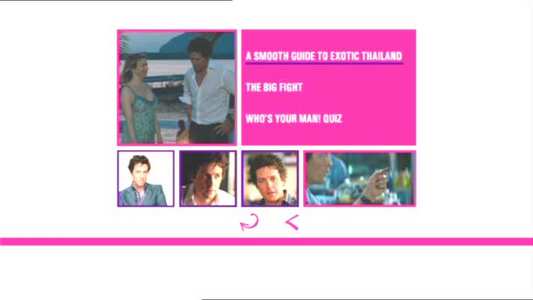 These are deliciously frivolous pieces of filmmaking. The first Bridget Jones picture is small and very introspective. The second movie keeps the introspection and the embarrassing incidents and paints them on a much wider canvas. Bridget is adorable from beginning to end and is much too good for either tight-arsed Mark Darcy or unmitigated swine Daniel Cleaver. I hope they go for a third picture because this saga could run and run.