DVD
Where The Buffalo Roam (UK) 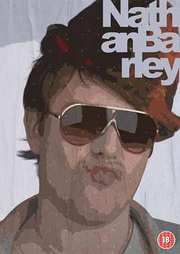 Synopsis:
The latest, and possibly most controversial, offering from the undisputed high priest of British humour - Chris Morris (`The Day Today`/ `Brass Eye`/ `Blue Jam`), co-written with ultracool TV columnist for `The Guardian`, Charlie Brooker.
Nathan Barley (Nicholas Burns), is 26. He`s a webmaster, guerrilla filmmaker, screenwriter, DJ and in his own words, a "self-facilitating media node". He is convinced he is the epitome of urban cool and therefore secretly terrified he might not be, which is why he reads Sugar Ape Magazine - his bible of cool...

This DVD features the complete six part series shown on Channel 4 in early 2005.

Episode 2: Dan is canonised against his will, while Nathan throws a party for his God-defeatingly rubbish website and oozes closer to Claire.

Episode 3: While Dan is plagued by a shrieking twit of a photographer called Peter, Nathan grooms Claire with alcohol and unsolicited breast massage.

Episode 6: Nathan piggybacks his way into Claire`s meeting with a TV commissioner, Pingu (Ben Whishaw), is broken like a rag doll and Dan finally discovers a way to destroy Nathan.