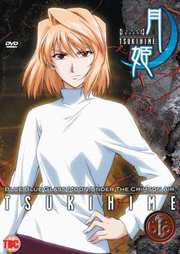 Vampires are ubiquitous in culture it seems. Nearly every society has some kind of folktale about bloodsucking fiends, and the variations of the same are quite intriguing to examine. If you have been brought up on tales of Nosferatu, Dracula and Buffy the Vampire Slayer, then the vampire stories of the East will come as a surprise, often mixing a touch of the familiar with something unique and surprising. Japanese anime has seen many variations on the theme, with both good and evil vampires, vampire that are unaffected by daylight or crucifixes, or genetically engineered bloodsuckers appearing in shows as diverse as Blood: The Last Vampire, Vampire Hunter D, Cyber City Oedo 808, and Vampire Princess Miyu, among others. MVM now bring Lunar Legend Tsukihime to UK shores, a new perspective on vampire myths.

Shiki Tohno is a high school student with a curious past. As a young boy he was involved in a traffic accident that awakened an odd ability in him. He sees red lines bisecting everything in the world, living or dead. He thought he would be plagued with this curse, when a mysterious woman presented him with a pair of glasses that return his vision to normal. Weakened by the accident, he left home to be raised and cared for by some relatives, but after the death of his father, his sister who inherited the Tohno estate invited him to return. These first four episodes show Shiki`s return to his unconventional family, his encounter with a strange woman, and the terrifying results.

Ep 1. Reversal Impulse
Strange things are happening as Shiki prepares to return home for the first time in years. There is a serial killer on the loose, who leaves his victims drained of blood, and Shiki is having trouble with his short-term memory. He has trouble remembering his schoolmates, especially the enigmatic Ciel, and after a moment of weakness, he leaves school early to head back to the family home. Walking through the park, he encounters a young woman. The last thing he remembers before he blacks out is brutally slaughtering and dismembering her. He wakens at his sister`s place, with no memory of how he got there. Then he sees the woman again.

Ep 2. Black Beast
Arcueid Brunestud is waiting for Shiki, and claims that he murdered her. She describes her death in vivid detail, and explains her apparent resurrection by stating that she is a vampire. Left weak by the attack, she has come to Shiki to demand his protection. A human who is capable of killing a vampire such as her, is surely able to defend her. She requires protection from Nero Chaos, the serial killer who has been stalking the streets, and who unsurprisingly is another vampire. But this vampire is stronger than Arcueid anticipated.

Ep 3. Mystic Eyes Of Death Perception
That is Shiki`s power as Arcueid explains, as they recover from the battle with Nero. Shiki`s vision allows him to see the lines of death itself, and to impart it with ease. Arc also explains that there are two types of vampire in the world. She is a True Ancestor, and infinitely close to nature. Nero is a Dead Apostle, a vampire created from humans when True Ancestors drank their blood. Dead Apostles live for destruction and personal power. As a True Ancestor, Arc has sworn to rid the world of the scourge of the Dead Apostles, and with Shiki she makes a plan for a final reckoning with Nero Chaos.

Ep 4. Garden Of A Cradle
Shiki thinks his problems are over, and returns home. His sister Akiha isn`t too pleased with his behaviour or his absence, but Shiki manages to smooth things over. He decides to settle into his new life, and get reacquainted with the sister he hasn`t seen in years. But at school the next day, he learns that another victim of `that` serial killer has been found. Soon Arc is waiting outside the school for him. 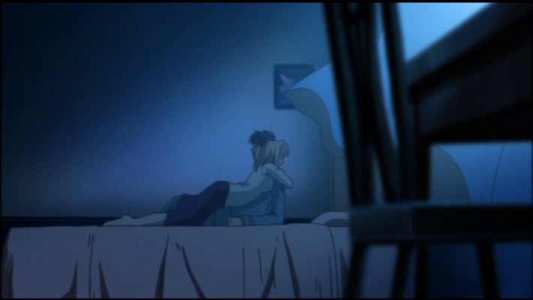 Lunar Legend Tsukihime gets a 1.78:1 anamorphic transfer that is uniformly of high quality, except from some slight digital banding of the sort that is common with most anime. The animation is astounding in many ways. The world design is atmospheric, stylish and moody. There is an ethereal quality to the backgrounds and environments, with everything lit strongly and on the verge of overexposure. You can really feel the environment, whether it`s heat haze or glare, or the dark shadows and moonlight of the night time scenes. However this contrasts with some rather simplistic character design and animation. Dialogue scenes are almost static, even for anime, and this is one of those animations where when someone is speaking, only the mouth moves and absolutely nothing else. I felt a real dichotomy between the lushness of the backgrounds and the extremely stylised characters, and it is something that niggled me through the episodes. 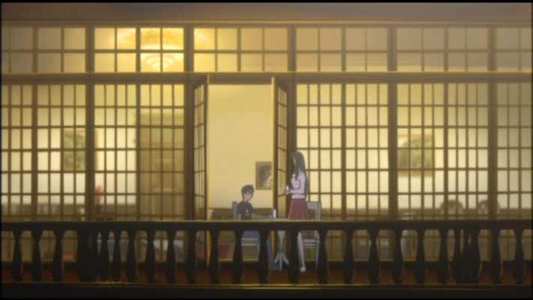 You get a choice of DD 2.0 English and Japanese soundtracks. The dialogue is clear throughout and the sound design matches the imagery well. While a surround track would have been preferable, the stereo does have a degree of immersion to it. The music is mellow and has a classical feel to it, but the opening theme remind me strongly of Enigma. The English dub sounds acceptable if unexceptional, but as always I stuck with the original soundtrack. When it comes to subtitles, you have a choice between the translated subtitles, a track that translates the various signs, or nothing at all. 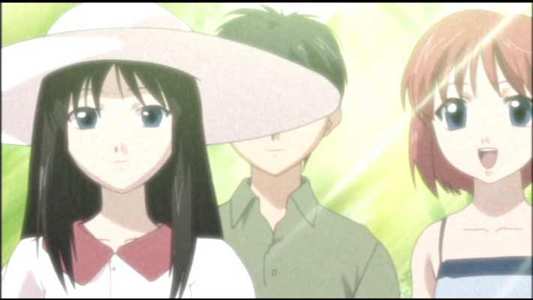 The bare minimum for an anime disc is presented here. You can watch the opening sequence sans any credits, and watch the trailers for Gungrave and Paranoia Agent. There is a jacket picture to look at when the disc isn`t spinning and there are the DVD credits. Unlike other MVM discs, there are no multi-angle credit sequences. The first episode opens with the Japanese credits, which the subtitles duly translate, but the other credit sequences are all in English. 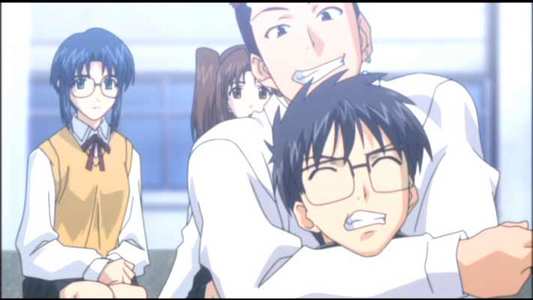 I haven`t really made my mind up about Lunar Legend Tsukihime, which after a hundred minutes of story is probably a telling statement. This is one of those stories where all the entertainment is in the mystery, the enigma. You have to work at the story, try to piece together the hints and snippets that the narrative reveals, and you are given nothing for free. The pace of the show is languid, and much of the appreciation is in the atmosphere and the feel of the story. The trouble is that there are only 12 episodes to Tsukihime, and with this disc you get the first third of the story. With a pace this languid, and with so much yet to be revealed, I wonder how they can manage it in the final eight episodes without drastically altering the feel of the show.

Another, more major failing is in characterisation. Despite the time devoted to the characters, I didn`t feel as if I knew any of them, Shiki`s past is an enigma, and he is trying to understand who he is just as much as I was. His sister Akiha is cold and reserved, but as yet we have few reasons to understand just why she is that way. Similarly, Shiki`s friends at school raise more questions than answers, with Ciel particularly enigmatic. It is no doubt the narrative choice to present everything as a mystery to be solved, but without a sympathetic character to latch onto, watching Tsukihime became an impersonal experience. That said, the interaction between Arc and Shiki provides a lively and interesting counterpoint to the pace of the show.

Lunar Legend Tsukihime certainly piqued my interest, and despite my lack of appreciation for the horror genre, I found this interpretation of vampire myths to be different enough to make the show stand out. It`s paced well, with plenty of tension building atmosphere, punctuated by brief moments of violence and gore. It`s just that with so much time spent on challenging the viewer, presenting many more questions than answers and equally enigmatic characters, there is little to suck the viewer in. While the quality of the anime is unarguable (it is absolutely gorgeous to look at despite the simple character designs), it just feels an exercise in style over substance. Lunar Legend Tsukihime certainly held the attention during the running time, but on the strength of this first disc, I don`t feel particularly enthused about the rest of the story.