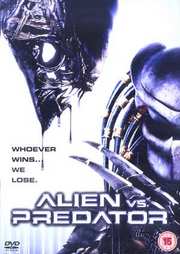 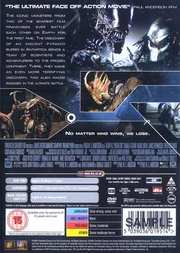 Back Cover of Alien Vs Predator (Special Edition)

DVD
Hero And The Terror (UK)

There are two great monsters in recent cinema history, Alien and Predator. The former has so far managed four films and the latter only two. Mind you, only the first two of the Alien franchise was any good in my view (and I only watched Alien itself last year) and Predator 2 was a bit of a disappointment. The ending of Predator 2, however, referred to the Alien species by placing a head in the Predator trophy cabinet, sending people`s imaginations reeling. At some point, some bright spark then decided to place the two monsters in a comic book and a few novels, which then led to some computer games (none of which I`ve read or seen, so apologies if some of this potted history is inaccurate).

As a firm lover of both Aliens and Predator, I was looking forward to seeing what could be done with this convergence of two different protagonists within the same genre. The good thing about those films, and the same can be said about Alien as well, is that the films are very claustrophobic with a smallish band of people being slowly killed off by the monsters hunting them. Each film had a set of characters that were developed in front of your eyes and so you actually cared when they were slowly killed off.

The minus side to this film was the incessant anti-Anderson hype that seems to spill from every darkened corner of the net whenever it`s announced that Anderson is making another film. I have no idea why this campaign continues unabated, as I`ve never seen a film by him that I`ve absolutely hated in the way that so many people seem to. Whether it`s accurate or not is only in the eye of the viewer, but it does prey on your mind prior to watching for yourself, regardless.

So, what`s it all about? Well, a Weyland Industries satellite picks up a heat source in the Antarctic in the vicinity of an old whaling station that was mysteriously abandoned in 1904 (not so mysteriously if you watch the extended version tho…). Scientists at Weyland, with a real flair for graphic design, take the flat heat signature and decide it`s really a giant underground pyramid with elements of three major early civilisations. As this turns out to be pretty accurate, they certainly earned their bonuses that day.

Weyland (Lance Henrikson) puts together a team of specialists to drill down into the site of the pyramid and explore the ruins. The guide for this expedition is Lex (Saana Lathan), who is initially reluctant to take the team out without proper training but is persuaded otherwise quite quickly by a couple of dudes with Scottish and Italian accents. Arriving at the site, the team discover that the expensive drilling team and equipment they brought is not needed as someone has helpfully burnt a geometrically precise 30-degree hole all the way down to the site. Befalling one minor mishap that involves an ice axe, the team make their way into the pyramid, slowly trying to make sense of what they see and unwittingly triggering the release of Aliens prior to the arrival of their Predator hunters in a case of premature alienation.

Thus begins the run to escape and the fight for survival, caught in the middle of two warring alien species. One with the ability of X-Ray vision, the other that drools goo and bleeds acid… 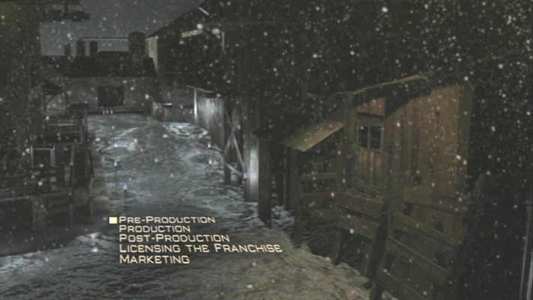 As with all Anderson films that I`ve seen so far, it`s visually stunning. No complaints about the 2.35:1 picture at all and with a lot of darkness to hide the Alien features it is a bit like an episode of The X-Files with lots of torch beams. Some wire frame animations depicting the layout of the pyramid follow on from similar depictions of the Hive from Resident Evil. 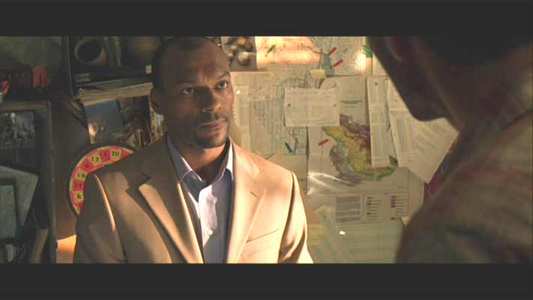 5.1 and DTS soundtracks available, the 5.1 is pretty impressive (no DTS for me unfortunately, but hey…). 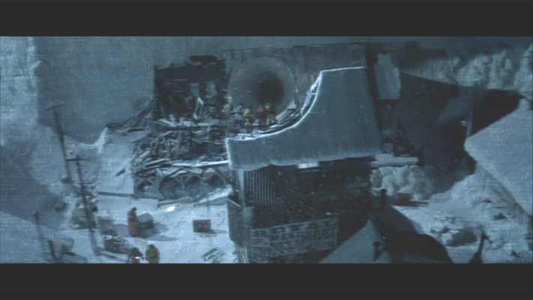 Some nice animated menus that change with each viewing.

Extended film - lot of rumours prior to release on what would be included here, but it`s just essentially an opening scene of 1904 prior to latter day events. Hardly worth it, and the commentaries below only work on the theatrical version.

Commentary with Paul Anderson, Lance Henrikson and Saana Lathan: Bit of a fun commentary with the three gelling well. Anderson imparts inside knowledge on how things were done and why, Henrikson is just so enthusiastic about being part of the Alien films again and Lathan talks a little bit about `flying pussies` before disappearing off to a premiere…

Commentary with Alec Gillis, Tom Woodruff & John Bruno: two of the team responsible for creature effects (and also worked on previous Alien films) plus one of the team responsible for visual effects. As with any major project, various teams have to concentrate on their own work and so rarely get an insight into how anything outside their realm is accomplished. Therefore this commentary is as much about explaining to each other as it is to the viewer. Interesting, but not as good in my view as the cast/director commentary.

Inside Look at Hide And Seek, Elektra and Robots - just glorified trailers really.

Split into sections, I won`t cover them all in detail as there is just too many of them…

Pre-production - Documentary covering the concept of the film and pre-production work plus art & storyboard galleries. Also contains a quite funny Easter egg (easy to find) of Tom Woodruff explaining how to act inside a creature suit.

Production - a number of documentaries with lots of on-set footage covering the production of the film.

Post Production - A documentary plus deleted scenes with optional Director`s commentary, as well as Lance Henrikson. The deleted scenes were probably recorded at the same time as the main feature commentary but neither add that much. The scenes are just small exposition cut out and the commentary doesn`t really explain much - and Henrikson just goes `Wow` a lot.

Licencing The Franchise - Documentary on Dark Horse Comics, which explains the origins of the Alien Vs Predator comics and how the original inspiration came (insert your own toilet gag when that bit comes up). Also a short piece on Tom McFarlane about the creation of `adult` toys, a nice promo film for his work and feels like it was an interesting addition to the extras roster rather than something created specifically for this (credits and production wise it has a completely different feel).

Marketing - theatrical trailer and theatrical teaser (do what they say on the tin) plus an 12 minute EPK that is the obligatory HBO Special. 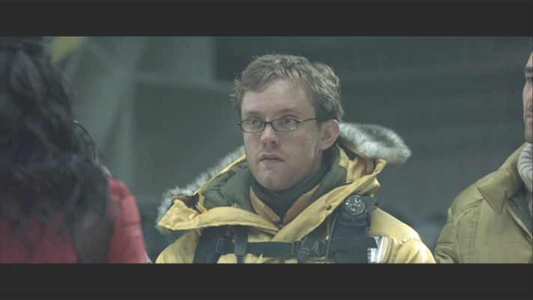 I don`t see what all the fuss was about. It`s not a brilliant film, to be sure, but it certainly isn`t worth the sheer hate that`s been thrown at it from some quarters. Saying that, this film does have its share of problems. Part of the problem is that with a run time of just around an hour and a half, there isn`t enough time to devote to three separate species. A lot of the time is devoted to the discovery of the pyramids and the attempt at survival by the humans, which is natural enough as a film that concentrated purely on either the Aliens or the Predators would never have sustained interest to a wider audience. Unfortunately this split time, combined with the short runtime, means that the characters are a bit under-developed. Some are given introductory scenes, but I found it hard to sympathise with any of the characters and so didn`t really care when they were being killed off. The only characters I ever felt I knew a bit about were Weyland and Lex, their extra exposition used wisely. An extra half hour could have made all the difference, and I`m disappointed with the length of this film which is a lot shorter than most films today which seem to aim for the 2 hour mark.

There are many references and in-jokes throughout this film, many aimed at fans of both the Alien and Predator films. There are a couple outside of these two films though. The ship that take the humans to the Antarctic is called the Piper Maru, an X-Files homage and Colin Salmon almost gets diced again a la Resident Evil (which in itself was a tribute to Cube). A lot of these are going to be obvious for fans of the genre, so keep an eye out.

There are some glaring plot holes here, such as ever increasing numbers of Aliens despite a small number of human hosts, the fact that a whaling station was built on a giant iceberg rather than land and a character suggesting that the pyramid is 2,000 feet directly below the whaling station (a 30-degree tunnel for 2,000 feet would suggest different). Despite all that, the film is fun enough for those who aren`t overly picky on details like that; just put your brain in neutral and go along with the ride. My only real problem is that the tagline `Whoever wins…we lose` is blatantly false and whoever thought that one up deserves to be strung up like the drilling team guys.


On top of this, the two discs are packed with some top-notch extras that take you from conception all the way through production to marketing. There is a lot of detail in here and the 2 discs are used wisely, bar the annoying FACT and NOT FOR RENTAL adverts. You can skip the actual FACT advert but not the accompanying FACT info screen and you have no choice but to sit through that really annoying monotone voice telling you to ring the number if you`ve rented the disc. Don`t these people realise how annoying they are? I`d say these were minor annoyances, but actually I`d be lying. At least on VHS you could fast forward through them but here you`re made to sit through certain parts twiddling your thumbs. Aargh!

As I say though, I found the film relatively good fun and the disc set well put together and value for money. Not the best film ever, but certainly not the worst either.