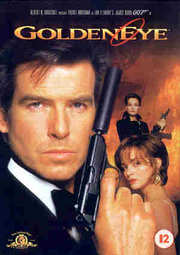 Review of GoldenEye
added by
RJS
Places to Buy 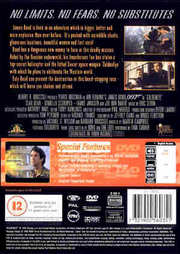 Back Cover of GoldenEye

The video transfer is impressive. The colours are rich and the picture never shows signs of becoming overly dark. I did however notice slight colour graduation bands due to the compression on large areas of one colour (such as sky) on my TV but this was not evident on my LCD projector. My TV is connected to the DVD player via RGB, but the projector is unfortunately connected via standard composite video which would explain the difference. 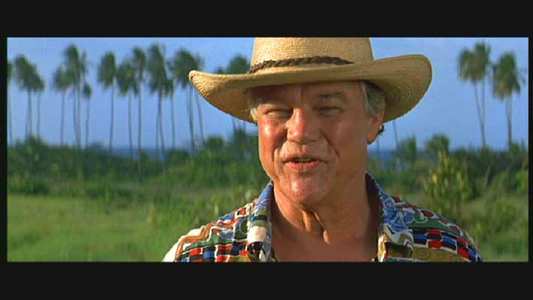 The 5.1 soundtrack is very powerful, with plenty of rear channel action - this is first noticeable on the standard Bond intro when he fires towards the audience. Nice rear channel bullet that! The subwoofer is put to work during the course of the movie with plenty of booms and explosions to add to the overall sound experience. I have a fruitbowl sitting on top of my subwoofer, and by the end of the movie it had shuffled towards the edge and if the film had gone on for 10 minutes longer, the bowl would have taken a nosedive! This film really asks for a Dolby Digital sound system. It is a good DVD to impress your mates with when cranked up loud. 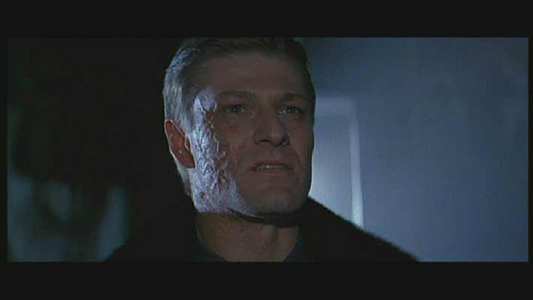 The DVD comes with a full length commentary from the director and producer, with good use made of stereo separation so you can imagine them sitting at opposite ends of a table in the middle of your living room. The commentary itself is very interesting and very listenable. I listened to the whole thing the day after I had watched the film! They also point out imperfections in the movie, such as one continuity error which is so obvious now it has been pointed out to me, but I would not have noticed it otherwise. Very good information on the special effects, locations used for the shoots, and general set `events`.

You also get the trailer and an 8 page booklet which is worth a look. All in all, a nice set of extras, although a `making of` type documentary would have been nice, but maybe that will be saved for a `special edition` DVD or the box set of Bond movies due next year. 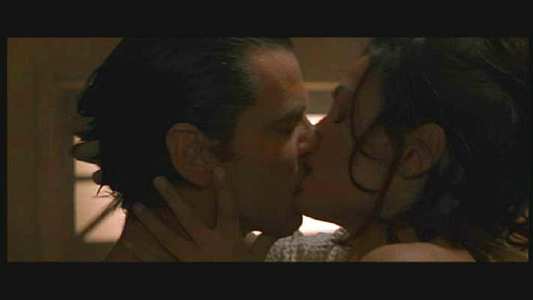 I love Bond, especially the later ones, and this is Brosnan`s first outing in the role. I have to say I think him the best Bond so far, and GoldenEye is a better film and story that his second trip out in the DJ, `Tomorrow Never Dies`. They obviously tried to get Brosnan accepted by the public in this movie, throwing in loads of familiar stuff to Bond fans, but at the same time making major changes - Dame Judi Dench as `M` for example, and the new streamlined younger model MoneyPenny. All the usual stunts are there of course as are the gadgets with loveable old `Q` played by Desmond Llewellyn - who must be one of the only original actors from the past films. I love the gadget sequence, especially the inflatable phone box and the catapulted chair guy.

So, if you like Bond - you`ll love this DVD. And it`s a disk we Brits have had available to us well before it came out in the US. Extras are fun too - go buy it!