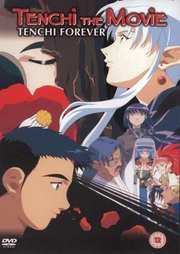 The original Tenchi OVA series, while an enjoyable watch in its own right, left more than a few loose ends worthy of exploration. And given the interest in the franchise, with plenty of tie-in series, alternate universes, and most recently the third OVA series, there has been no hesitation in exploring. But with the third Tenchi movie, Tenchi Forever a.k.a. Tenchi Muyo In Love 2, there is a little more looking forward than looking back. After all, with a teenaged boy surrounded by countless adoring women, that innocent celibacy has to crack sometime, and there are bound to be consequences.

If you`ve read the other Tenchi reviews on this site, then you`ll be familiar with the set-up. Tenchi Masaki is a hapless teen that through circumstance has wound up sharing his home with a bevy of alien beauties, who all lust after him. Fortunately Tenchi is the most rare of male teenagers, libido free, otherwise the show would be in a completely different genre, and the franchise would probably be a whole lot shorter.

It`s springtime, and Ryoko and Ayeka are arguing again, over Tenchi naturally. Rather than get trapped in the middle again, Tenchi escapes into the forest behind the shrine for a little peace. Distracted by a camellia blossom, he is led towards an ancient tree, from which the vision of a siren appears, beckoning to him. Tenchi walks towards the tree, and vanishes. Six months later, his friends and family are searching desperately for him, and Washu has narrowed down his location to the city. Ayeka and Ryoko are there trying to find him, but all they get are tantalising glimpses. When they try to chase him, he simply disappears. Tenchi meanwhile, has mysteriously aged several years, and is now a student at an art college. He`s happily living the domestic life, with his girlfriend Haruna, and has no memory of his past. He`s found his perfect world, and has no desire to leave, and it`s a world in which Ryoko and Ayeka literally don`t belong. The answer to the mystery lies in the past of Tenchi`s grandfather, Yosho. 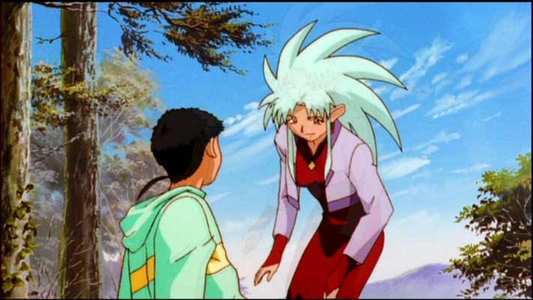 Finally we get an anamorphic transfer, and it`s about time too, as Tenchi Forever has the strongest animation yet. The clear, colourful and sharp transfer brings out the most in the detailed and thoughtful animation. The character designs are more robust, and the world design has a degree of intricacy approaching Ghibli standards. You can definitely see the budget on the screen. 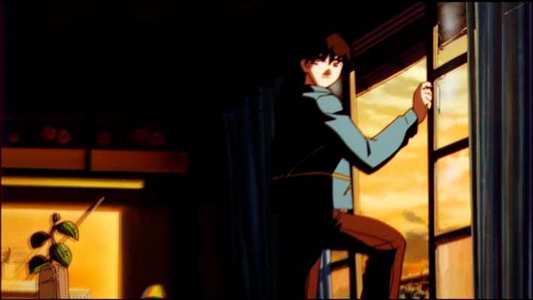 For the sound, you get DD 5.1 English and Japanese, with optional HOH subtitles, or subtitles translated from the Japanese track. It`s nice to have the choice, and I wish the anime distributors in the UK did the same thing for all their releases. The music is perfectly suited to the subject matter, and the surrounds are only occasionally called upon, but when done so respond well. 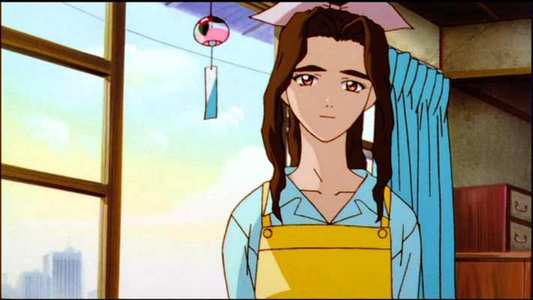 You get the teaser and theatrical trailer, as well as trailers for other MVM products. There is also a two-minute slideshow of line-art. 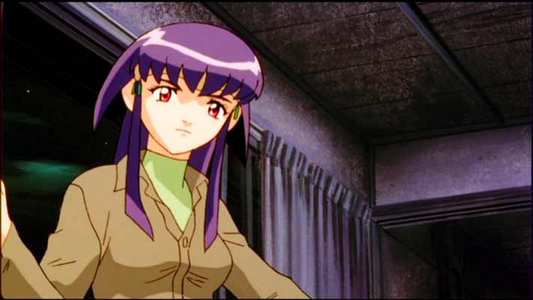 Tenchi Muyo grows up, and it makes all the difference in this third film. The first two films were in many ways extensions of the OVA series, despite the fact that their stories were more epic, and the emotional stakes higher. There was no getting away from the madcap anarchy so typified by the series. The third movie is a more sombre, mature film that tones down the humour and explores the characters more deeply, and doesn`t allow the emotional honesty to be diluted. Of the three, Tenchi Forever feels most like a feature film, one that adds something new to the franchise. Of course that means that fans expecting more of the same Tenchi antics run the risk of being disappointed.

That isn`t to say that humour has been totally eradicated. Instead the comic interludes remain confined to the supporting characters, who go about trying to locate Tenchi. Mihoshi and Kiyone try to infiltrate the Galactic Science Academy, and Washu is incapable of taking anything too seriously. But when it comes to the main story, which sees Tenchi `spirited away` to a world where he lives happily ever after with Haruna, the silliness takes a back seat. This Tenchi is older, more at ease with himself, and it appears that he has found his perfect idyll with Haruna. Of course it turns out that Haruna isn`t all that she appears to be, and her story is tinged with sadness. What really makes this film work is that we get to see how Ayeka, and Ryoko especially actually feel about Tenchi, and we also get an inkling about how Tenchi feels as well. This is as far removed from the madcap harem antics as one can get. The character studies are what make this film so compelling, something new for Tenchi, and give it a considerable emotional core. While the first two films are enjoyable and entertaining, this third film actually invokes a strong sympathetic response, almost approaching tearjerker territory.

I found this third Tenchi film the strongest yet, although it`s not exactly typical Tenchi Muyo. The disc finally gets the transfer it deserves, with a decent anamorphic image. It may not be the laugh riot that some may expect, but as a theatrical story, it can`t be faulted. It`s well worth it if you`re feeling a little experimental.