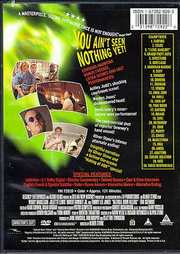 DVD
Any Given Sunday (Australia) 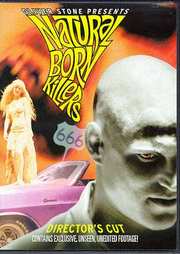 Insightful narration by Oliver Stone and a behind-the-scenes "Making of NBK" special!

Oliver Stone’s controversial, satirical look at media madness has come to DVD in this special unrated Director’s Cut. The story (written, and subsequently disowned by, Quentin Tarantino) concerns a couple of murderous newlyweds, Mickey and Mallory Knox, and the media frenzy that surrounds them as they slaughter their way across America. This version features restored footage, including some of the more controversial shots (such as Tommy Lee Jones’ head on a stick). Both Woody Harrelson and Juliet Lewis are outstanding as the couple Knox, and there is a fine supporting cast featuring Tommy Lee Jones, Tom Sizemore and Robert Downey Jr. among others.

NBK is presented in the director approved letterbox 1.85:1 ratio. An anamorphic transfer would have been nice, but the non-anamorphic transfer does lend itself to the visual style of the film and was specifically requested by Oliver Stone. There were no visible compression problems, and on the whole the video was very good. Natural Born Killers is spread across a generous 30 chapters on a dual layered disc.

The audio is excellent throughout. This film has a fantastic soundtrack, and this is particularly noticeable during the prison riot sequence. The soundtrack to this film is in many ways every bit as important as the video, and adds to the sensory assault that is NBK. I’m still listening to my DVDs in Pro-Logic, so I probably didn’t garner the full effect, nonetheless it is still very impressive sonically.

The disc is full of extra content, and for once it’s all very interesting stuff. In addition to the extra footage that has been restored to the film, there is a selection of deleted scenes included on the disc. These include the option to listen to Oliver Stone introduce each one before it begins. The scenes include such gems as the Hun Brothers (victims of a particularly brutal chainsaw assault) and Ashley Judd’s courtroom appearance. Other extras include an alternative ending, made-for-DVD trailer, cast and crew interviews, a making of documentary and an insightful director’s commentary.

For fans of the film, this disc is an essential purchase. Before this I hadn’t seen Natural Born Killers in a while, and had forgotten just how powerful a film it is. The Director’s Cut is a non-stop roller coaster ride, with just enough humour to offset the violence (and it IS violent). The film may have strayed from Tarantino’s original vision, but evidence of his involvement is still in effect (Scagnetti, for example, is the surname of Mr. Blonde’s parole officer in Reservoir Dogs). This is a top-notch release, with plenty of extra content, and I urge you to go out and buy a copy now.
posted by Chris Gould on 3/7/2000 02:08
1 / 10