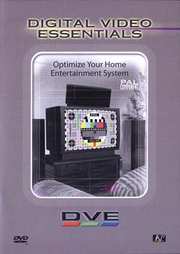 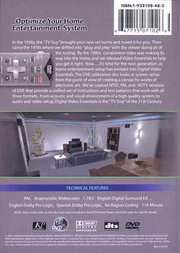 Back Cover of Digital Video Essentials

If you want your newly (or not so newly) acquired home cinema system to attempt to rival a real cinema system, the one thing that you probably know by now is that you can`t just take it out of the box, plonk some speakers around your lounge, flip on the telly and expect to be blown away by a reference quality audio/visual experience. I`m afraid, like most things in life, you`re going to have to put a bit of effort in

This brings us to the (so-called) black art of calibration. Setting up your screen, speakers and amplifier in order to give you the optimum home entertainment experience. In the past, if you wanted to have a go at it, you had to be serious about wanting to do it, and serious about forking out quite a few quid for one or both of the Avia or Video Essentials DVDs. 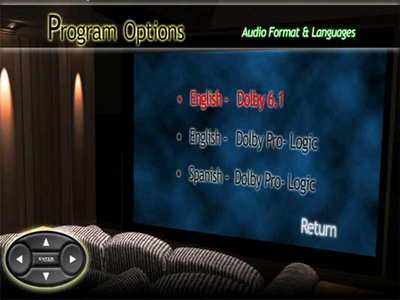 Ok, this section is where most of the work goes on. Digital Video Essentials has loads of pieces of video to help you set up your TV/Projector/Plasma/LCD screen, and then some clips to watch to make sure that you`re happy with the results. Most of the material is presented in 1.78:1 anamorphic, but there are also some 4:3 clips as well.

I thought that my TV was pretty well set up, but after playing around with this disc, I made a few little tweaks and changes. This disc makes it easy for anyone to understand the need to make those changes, and to carry them out. If you`re not used to tweaking the settings on your TV (and I`m talking normal stuff, not those scary hidden away engineering menus), then the step by step instructions will come in handy. There are various categories on the disc, such as Basic Calibration, Advanced Calibration and Troubleshooting. 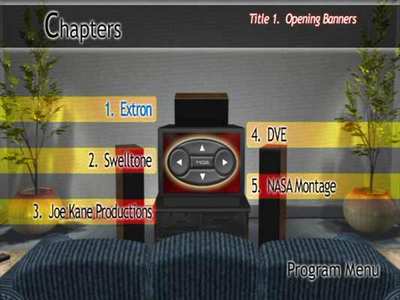 A selection of audio for you to test with, from DD2.0 up to DD EX 6.1 and dts-es. Again there`s plenty of helpful narration and demonstrations, as well as some test tones to help you calibrate your amp and speakers. Some amplifiers already offer this kind of thing, but this is a bonus for those that do, and useful for those that don`t.

The audio menu has lots of categories, including speaker placement, multichannel formats and system connections. You also find out how to use a sound level meter to check that the sound is really going to the right place. This is when you`re getting really serious about your system, and not everyone`s going to go to the trouble of investing in a sound meter!

I also liked the Buzz and Rattle test, which generates lots of low frequencies to see what rattles around your room when you get some bass in it. 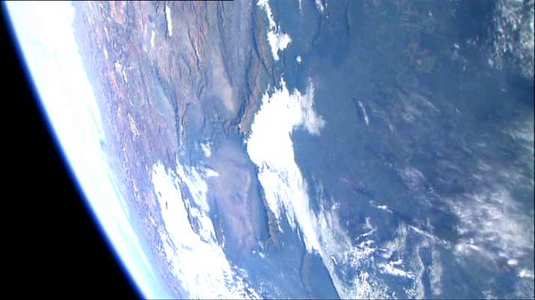 If you`re really serious about getting the best out of your investment, then you`ve probably already got a similar disc, or borrowed one from a friend. This DVD is an excellent collection of audio and visuals which will allow almost anyone to make changes to the setup of their home cinema system to improve the audio or visual experience.

Considering the new, sensible price point, this DVD is now within everyone`s range, and definitely replaces its older competitors. My one real moan is about navigation - it`s damn hard going when you are trying to work your way around this disc using the menus, and in the end I just kept jumping to individual titles listed in the handy accompanying booklet.

So, if you think that you want to get the best out of your system, get this DVD and get calibrating. It`s a great way to DIY, and unless you`re spending tens of thousands on bespoke home cinema systems (and getting highly trained professionals to install them and set them up), then I`m all for a bit of self calibration!

Recommended for those who want to fiddle with their settings and get the best out of their systems.