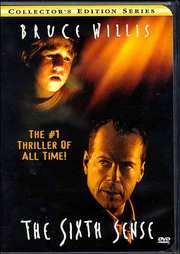 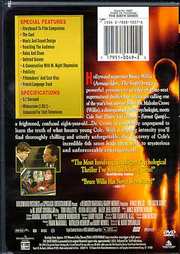 Back Cover of Sixth Sense, The: Special Edition

DVD
Snow Falling On Cedars (US)

I was one of the few people who never got to see this at the cinema. In fact, once I had missed the main run, I went out of my way to avoid reading anything about it whatsoever. I had heard that there were some surprises in store and really didn’t want to spoil the movie when I got to see it on DVD. All I knew about the movie before hand was that it was about a kid who claims he can see dead people and starred Bruce Willis as the child psychologist brought in to help him.

I can tell you, I was looking forward to this one. 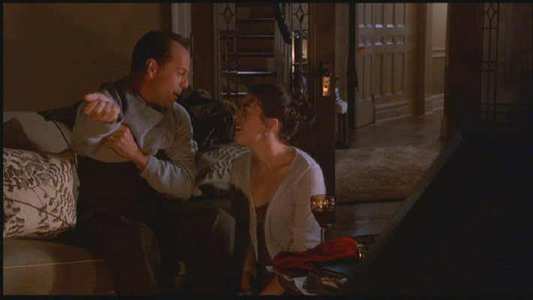 Hmmmmmmm . . . a very recent movie and a far from sharp transfer. Ok, it still wipes the floor with VHS (need I say that all the time? :) ) but I expected a much sharper image. Don’t get me wrong, it is a good quality image just not quite as good as I thought it would be.

Perhaps I am becoming a little spoilt, or maybe I am watching films with a far more critical eye now that I review them as well? Ah, who cares, I call it attention to detail :). 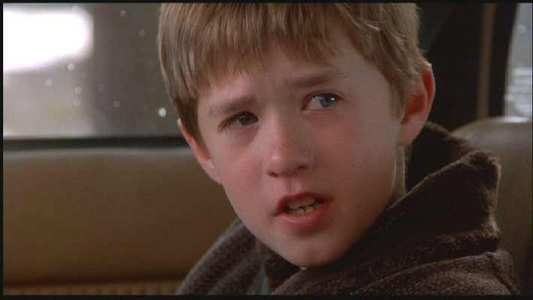 The soundtrack, Dolby Digital 5.1, does a great job when needed. I say ‘when needed’ because this is not an effects film so the use of sound is sparse. The sound of people whooshing past behind the camera made me look behind at points, making me think someone was in the hallway . . . great stuff :).

The score, by James Newton Howard (Waterworld, Dantes peak), is superb. It conveys the emotion beautifully and is very moving. If you buy this soundtrack on CD don’t expect good value for money though. HMV were selling it for £16.99 and the CDs running time is only 30 minutes :(. This was enough to stop me buying it. Fair enough I might go back and buy it one day as my resolve weakens but this is a very high price for such a short soundtrack.

I won’t bore you with a full list of extras suffice to say there are quite a few. Amongst the highlights are over 15 minutes of deleted scenes (am I the only person who always thinks that the scenes should have been left in?) and some excellent interviews and chats with the film stars and makers that offer a real insight into the movie. This insight is enough to ruin the surprises for anyone watching the extras before watching the movie so watch the movie first, as it says above. 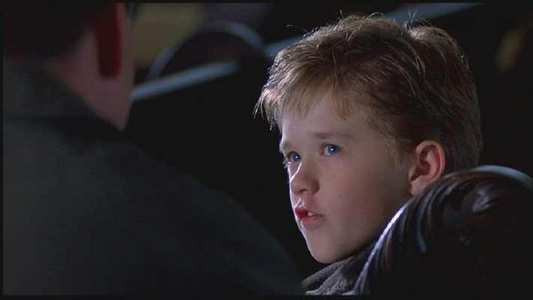 How can I sum up this movie? Well one word – WOW! As for the disc? Bigger WOW.

What more can I say?

Well the cast are excellent. Allot has been made of the child actor who plays Cole Sear (Haley Joel Osment) and rightly so. This kid does a simply outstanding job of portraying a tormented child, I was lost for words and still am now when I try to sum up his performance. Don’t forget about Bruce Willis as well. He also does an excellent job portraying an equally tormented child psychologist who is determined to correct a past mistake on his part. The 2 work so well together and I really hope they team up again in another movie.

There are a few real heart stopping moments where you simply know something is going to happen, all done in the best “hide behind your sofa” fashion. There are also a few points where you actually feel your jaw drop onto the floor. I can’t name the scenes without giving anything away but believe me you will feel real shock at certain points, leaving you dumbfounded.

This is the first movie in a long, long, long time that has made me feel deeply for the characters. The shock I felt at certain parts is something I can’t ever remember feeling so profoundly ever before, amazing stuff.

This is a first class movie, one of my favourite of all time. To compliment such a fine movie we are treated to a top quality DVD as well so an all round, definite, MUST BUY!