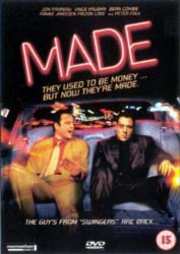 Front Cover of Made

Screenshot from Made
Related Items

DVD
You Can Count On Me (UK)

After Jon Favreau`s excellent writing debut Swingers, everyone`s been waiting for his next work. This is it, and he decided to direct it too. The film also features Vince Vaughn, who was in Swingers, as well as Famke Janssen, who co-starred with Favreau in the dull Love & Sex. Along for the ride is Sean Combs, who also likes to be known as Sean John Combs, Sean Puffy Combs, Puff Daddy or P. Diddy. Peter Falk even puts in an appearance. 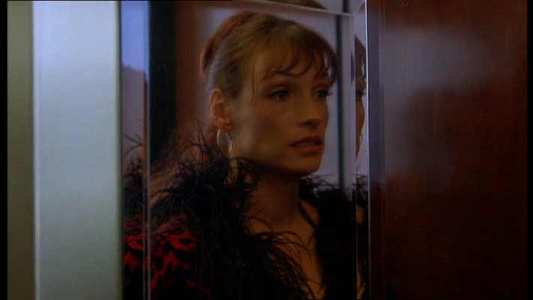 A 1.78:1 anamorphic transfer, which all looks rather good. Plenty of detail, good colours, and it copes well with lots of darker scenes, as well as some brighter daytime ones too. A very clean transfer too, with hardly any blemishes due to dirt or dust. There`s a little bit of grain now and then, but overall this is very good for a low budget film.

Watch out for the cinematography of Christopher Doyle (who was also cinematographer for In The Mood For Love). 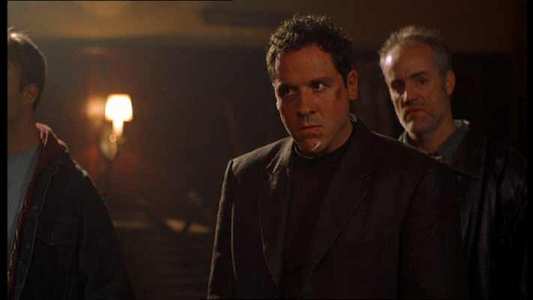 A choice of DD5.1 and dts, which is a very pleasant surprise. I went for dts as ever, and it just has the edge over the DD5.1 track. That`s not to say that this is a reference soundtrack, as it isn`t. The best bit is the music, which occupies all the channels when appropriate, and sounds great. Other than that, it`s mostly centre channel dialogue, with some atmospheric sounds appearing from the surround channels now and again. 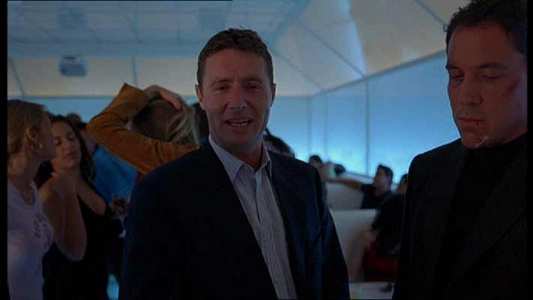 A good selection of extras too, even more pleasing given the low budget nature of the film.

We start with the commentary track (featuring Vince Vaughn, Jon Favreau and Peter Billingsley), which adds a novel twist, the "telestrator commentary". This allows them to draw on the screen in the same way as you might see on Sky Sports when watching Andy Gray on Monday Night Football, or on any of their cricket coverage. This is a great idea, and is used in a sensible way, as well as being mucked about with by the participants, who play noughts and crosses at one point. A great idea, and well executed.

There are also 3 featurettes, which concentrate on different aspects of the film, and go into varying depths of detail. These could have been combined into 1 big featurette. You can also watch deleted scenes and out-takes, although we lack the "alternate scenes" from the R1 disc.

We also miss the music cues and scene editing workshop found on the R1 disc. But we do get the trailer (how nice!) 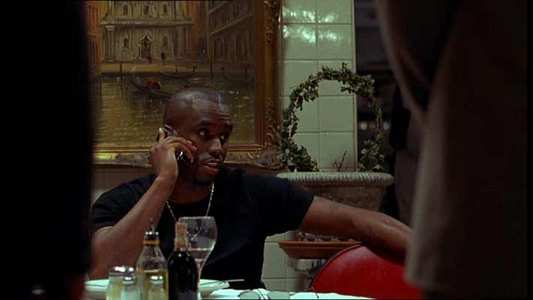 Which is a shame, since the picture is great (good cinematography on display too), the sound is good (with dts as a bonus!), and the extras are also good, perhaps more interesting than the main feature. I seem to remember that I also made that comment when reviewing Love & Sex, in which Favreau also starred.

Worth a rental if you like Favreau or Vaughn. If you really want to buy, check out the region 1 disc, which loses the dts soundtrack, but does have more extras - you`ll have to decide which is more important!