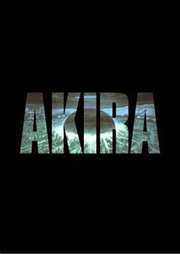 Synopsis:
Directed by the world famous Otomo Katsuhiro, this extraordinary animated feature is set in 2019. Tokyo is on the point of absolute destruction. The city shimmers with technoir fetishism. Cyber punk bikers swarm the city. The old gods return to do battle with Akira, and the post-atomic city is thrown further into a violent nightmare.

The attributes of the disc/film are described in explicit detail elsewhere, so I`ll concentrate on the new English-speaking 5.1 dub:-

That`s not to say that Pioneer didn`t try though. They reportedly spent a cool million creating this new version (I hope it was dollars, not pounds) and I have to say the actual `mix` itself IS superb. The newly created soundstage certainly isn`t lacking in punch or dimension, but it`s a real shame that the end result is ultimately worthless....

Why is it worthless?.

Well, it`s the lacklustre voices mainly. By lacklustre, I mean really lame/unconvincing and part of the reason for this is the bizarrely unnatural dialogue.

I think what they attempted to do was to translate the Japanese script in a more faithful way than the original dub did. This has been taken to ludicrous extremes though and it renders many of the lines emotionally redundant (i.e lots of lines can`t be credibly performed because they`re no more than `literally` translated babble).

A good example of this is a scene in which Tetsuo is supposed to be enraged and verbally lashing-out (something which requires conviction!). In the new dub he says "Yeah, I got beat before, but I won`t always be on the receiving end"(!). The voice-actor in question does his best actually (some of them are phoning-it-in), but with lines as stagnant as that, it`s no wonder that his performance totally falls flat (and the movie fails to capture the imagination because of constant distractions like that one).

The most damning thing I can say about the new dialogue is that the much-maligned old dub (with cheesy U.S-centric ideals) was much better in this respect. The above example for instance (Tetsuo`s rant) was the rather more palatable "One day..I`ll show you, I`ll show all of you". Now, admittedly it doesn`t mean EXACTLY the same thing, but it is at least dramatically believable (surely that`s more important?). The old dub was pretty terrible in its own ways of course (it had a confusing narrative and a `kidified` tone), but the performances were acceptable enough in their intended context and there was MUCH more characterisation on offer too (and yes, I know Kaneda was voiced by the same guy who played Leonardo in TMNT!).

The point is though- People craving authenticity should be listening to the Japanese track anyway (obviously!), so they`re already catered for. The remaining group of people (traditional cartoon fans/anime newbies/subtitle haters/idiots) would be better off with the old version IMO. I watched Akira when I was still at school and the dubbed version acted as a stepping stone into the world of Anime for me (or `Manga` as I knew it then). If the original VHS had this new Pioneer dub on it (which, incidentally, has a former Power Ranger as Kaneda!) I don`t think I`d have enjoyed it half as much TBH.

In all seriousness, there isn`t a memorable line in the entire thing! (pretty disgraceful for a 2hr+ film). Wheras the old one had its fair share of venerable one-liners like "We`re going to the olympics", "Who are you, the funeral director?" and the sorely missed "Revolution NOW!!" (I can remember someone shouting that in class once!). It had a couple of duff lines too, like Kaneda calling someone "Fish-face" (I never liked that), but generally speaking it was far more charismatic/interesting than the sterile gabbling provided here....

The proper pronunciation of Kaneda sounds silly in the new dub aswell (okay, I`m nit-picking now!) and if there`s a purist reading this thinking "Tut, that`s the CORRECT way to say it you fool!" can I suggest you think a little deeper.... Presumably, none of the names are intended to provoke sniggering and I imagine "KAHHnaduh" sounds perfectly normal to Jap audiences- and this touches on the whole basis of my argument.... The way I see it, the most faithful translation is one that allows the foreign (UK/US) audience to watch the film in exactly the same way as the `locals` do. Therefore, the more fluid `KaNAYda` of the original dub is more appropriate because it`s better suited to our western sensibilities.

COMPLETE authenticity is readily available on the original audio track, so why would anyone want to listen to an unconvincing `copy` of it?. While it`s no secret that the old dub was cheesy and childish, it was at least consistent. The new one is an uneasy mixture of bland/embarrasing bits, peppered with the odd acceptable moment. As such, you can`t really `get used to it` (I did try for the sake of 5.1) so like I said, it`s pretty worthless....

This film was first released in Japan in 1987 to thunderous praise. At the time the animation was the most detailed that people had ever seen. Even now 14 years later, the animation still looks impressive. It`s no longer the highest quality, but I`d still rate it among the top 5. The animation though is only a small part about what makes this film a classic. It`s about the story, and the characters that inhabit it, plus it has some of the best action ever seen, particularly in the bike chases. The film will always rank among the best movies ever made even after the detail starts to look horrible, because it is simply entertainment incarnate.

One of the best things about the film is that it really does not fit into any one genre. It has some very good action, but it can`t be called an action film because the plot is just too complex, and it can`t really be considered a thriller because of some quite horrifying moments. In effect it fuses action, and, thriller, and horror, and drama in a successful whole. There are not that many films that can pull this off successfully, but nearly 15 years ago Akira did it.

It`s probably best if I don`t go into the story too much as it really is one of those films where you are best entering it without knowing too much. So all I will give away is that it involves a gang of bikers in a post Apocalyptic Tokyo. After an accident one of there members named Tetsuo is taken away by sinister government forces and... that`s all that I`m going to reveal, but needless to say this film has an extremely complex plot that keeps you guessing to the very end, and with the new voice actors that they have brought along it just got even better. Yes one of the biggest criticisms laid against the films original English translation was that the voice acting never matched up to the Japanese version. I have as yet not watched the film in Japanese but now that I have the DVD, I intend to give it a try. I have said before though that most english translations of Anime suck, so this for me is a welcome change. It does take a bit of getting used to, but on the whole the new translation is more than worthy. Now the psychic kids are actually voiced by kids and it gives the film a more authentic feel.

I will warn you though that the story does get very dark as it goes on as characters who would live in other films get killed off unexpectedly.Saying that though the film is not completely grim, as there are no pure evil characters in the film. In their own way they all serve as a kind of hero, whether they`re members of the biker gang, the military, or even the `villain`. Yes even the supposed villain is not pure evil, you wont find any panto style 2D bad guys that you would usually expect to find. I can`t explain without spoiling the story a little, but needless to say throughout the film you feel sorry for Tetsuo.

Of coarse no review for Akira would be complete without a mention to the action, because although this is not an action film, it still has its fare share of action scenes. The motorbike chases through Neo-Tokyo in particular stand out as some of the most exciting action in animation history, and later on we get to see other things happening in the film, and all of these fit into the story in a satisfactory way. Rather than feeling tacked on like they do in most other films, live action or otherwise. The result is that everything in this film gels together, causing you to care more about the characters in the film. What more could you ask for?


I`m giving the disks a high mark, because even though there`s not that many extra`s they have included some good ones, and compared to most anime this is an epic disk. You have the usual trailers, but this time they only give you trailers to some of the better anime, Street Fighter 2, Ghost in the shell, and Perfect Blue being found among them. Though the best extra has to be the design your own Akira trailer. It gives you a series of snippets that you then have to chose a few from and put them in an order for your trailer. It`s certainly limited but the first time you produce a coherent trailer is really satisfying. Other than that you have included, an interesting documentary, a photo gallery, a quiz on the film, links to the web site, and some hidden easter egg extra`s that I haven`t managed to find yet. The only reason the disk doesn`t get a perfect 5 is that I would`ve loved a directors commentary. The language barrier wouldn`t have been a problem as he could record it in Japanese and then subtitles could be used to translate it, but that is my only problem.


The disk may lack a commentary but it is still by far the best anime DVD in my collection. As the first Akira DVD to be released in Britain I am more than happy with it, and would definitely recommend the disk to any fans, even if they already own the original, and the fact that the film is enjoyment incarnated is a major bonus.
posted by moviebuff on 31/10/2002 01:14