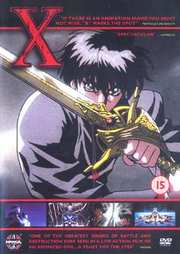 Review of X
added by
Tom Gray
Places to Buy 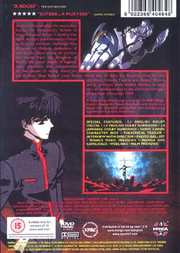 Back Cover of X

That's a catchy name, X, but this is one title that has passed me by up till now. No more though, as this autumn, MVM are poised to bring us X: The TV Series, and seeing that the movie has been released in the UK for years now, I figured I'd get one step ahead and watch that first to get a grounding. That's probably a mistake. For one thing, X is a CLAMP manga from 1992, and CLAMP adaptations hit me with the strength of marmite, I either love them or hate them, and there is very little in between. But, on the other hand, X does have as two of its characters, Subaru and Seishiro from Tokyo Babylon, one of those ancient Manga Videos that I still cherish and keep sealed away from prying eyes. Veteran Rintaro, who created the anime vision of Metropolis, as well as several Galaxy Express movies, also directs the film. But there is a third hand, X: The Movie, predates X: The TV Series by some 5 years, it's 100-odd minutes are all there are to adapt an (at the time) ongoing manga series to the big screen, a series which didn't then have an ending. The decision is a controversial one. X: The Movie is all ending. Rather than attempt, futilely, to compress several volumes of plot, subplots, and character development, Rintaro and Nanase Okawa of CLAMP together fashioned a possible end for the series, while the series was still in publication. This X: The Movie is then a possible conclusion to the X manga. 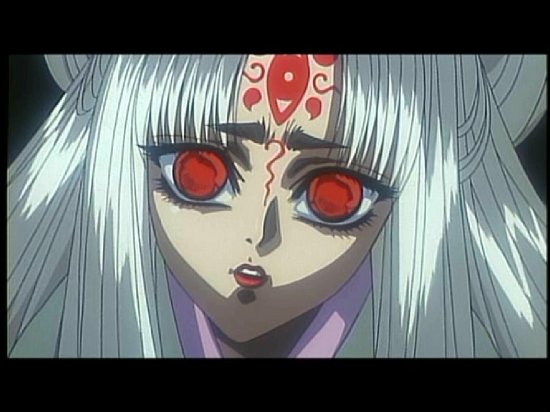 The pesky millennium is impending, which as we all know means the end of the world. In this case, the end of the world will come about when the Dragons of Earth battle the Dragons of Heaven for the fate of mankind. The Dragons of Earth, embodied in seven individuals with superpowers, aim to destroy humanity, and give Earth a clean slate to start afresh. The Dragons of Heaven are their counterparts selected from seven exceptional individuals, and they aim to protect humanity. Over them watch two psychic observers, estranged sisters, who wish to nudge events towards their particular desired outcomes. But both sides have yet to find their seventh dragon. Kamui returns to Tokyo, following tragedy and loss, after the spirit of his mother appears in a dream to give him a sword, urging him to protect his friends, siblings Fuma and Kotori. He has psychic powers to help him do so, but his arrival has been foretold, and both the Dragons of Earth, and the Dragons of Heaven wish for him to join them. But fate can be cruel, as he isn't the only one with power. It is destined that should he choose one side, Fuma will choose the other, and he will be forced to kill the one that he is sworn to protect. 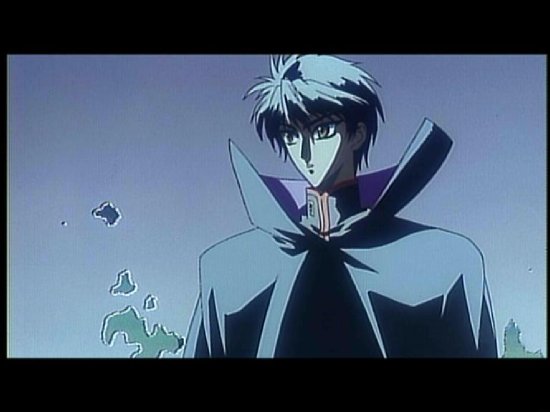 1.85:1 letterbox. You don't see too many of those these days, but then again, this disc was released in 2002. The low-resolution transfer doesn't help the fact that most of this anime is set at night, with varying shades of black practically impossible to resolve. The lack of definition and loss of detail is bad enough, but it's also a NTSC-PAL conversion, there is some cinewobble to put up with, and the animation, while cutting edge at the time, is beginning to show its age more than its contemporaries. The character designs are angular and quirky, typical CLAMP, but the real joy is in the cityscapes, the attention to detail given to bringing an animated Tokyo to vivid life. 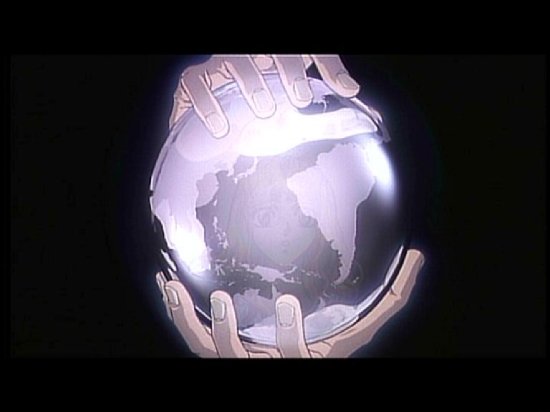 You have a choice between DD 5.1 and DD 2.0 English, and DD 2.0 Japanese with optional translated (orange) zoom-friendly subtitles. The surround track is remarkably effective in bringing across the action, while the music is suitably atonal and discordant, just as the apocalypse demands (except for the out of place j-pop closing theme). I can take or leave the English dub, mostly leave, but it does have voice-over-woman giving a little introduction to the characters in the opening montage sequence, something the Japanese audio neglects, assuming instead that you've read the manga.

The Manga logo explodes into a shiny X when you put your disc into the player. The animated menu is loud to say the least. But the extras are useful indeed if you are coming to this movie unprepared.

The Tarot Cards offer 17 pages of character bios, with the Dragons of Earth and Heaven, as well as the Dreamwatchers all chronicled.

There is a Photo Gallery with 26 stills.

The Director's Interview is in text format, but it is detailed and informative, and stretches to 23 pages.

You'll also find a Theatrical Trailer, a trailer reel for other Manga product (detailing the VHS tapes you can buy!), and some weblinks. 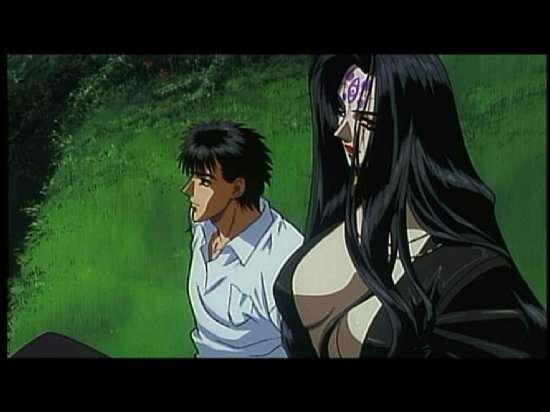 Fans of X: The Manga, look away now, as I'm going on a rant. That's problem number one, this is truly for fans of the manga alone, with no concession made to casual fans or people who have just happened to stumble upon the movie as they've been browsing the bargains bucket. This gives you the conclusion to the manga (and not even the official conclusion at that), and as for how we got to that endgame, your guess is as good as mine. It assumes that you know the story thus far, the characters, and how they developed. All the film is interested in is showing you the big eye-candy and massive explosions that you would expect in a series conclusion. The Manga Entertainment disc does try to rectify it with some character biographies, and insight into the movie, but that's scant compensation for a lack of context and the lengthy experience with the characters that this film demands. 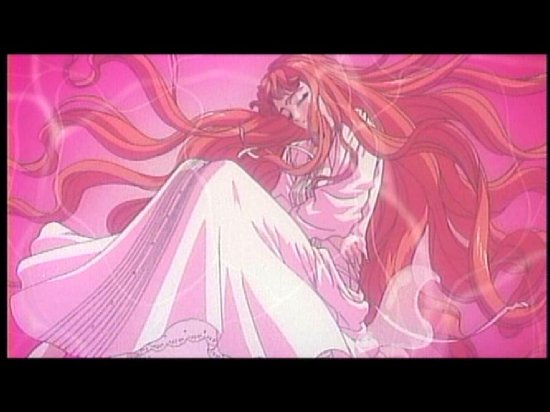 It's really a Royal super-powered Rumble with Tokyo as the battleground, seven versus seven with varied psychic abilities unleashed, buildings demolished and random, and un-involving deaths all around. I can't care about characters that I'm just not invested in, indeed the two that I was most interested in seeing leave the stage practically in the prologue, and I'm back to the Tarot Cards trying to figure out why they are on opposing sides, and still nonplussed at the events that led them to that state. In fact, in my mind I'm already thinking of this as the 'Stupid Death Movie', as none of the character deaths, indeed none of what happens in this film makes any sense to me. It's a rollercoaster descent into an apocalyptic abyss, motivated it seems by two estranged sisters who just can't get along, and all of this could have been prevented by just one person saying, 'Bugger this for a game of conkers, I'm off!' Destiny and Fate are great buzzwords to use in a film like this, but when they take the place of genuine plot development and character integrity, then it just cheapens the whole effect. Friends turn to bitter enemies, brothers kill sisters; all for that incomprehensible destiny, and it makes absolutely no sense in terms of the characters. 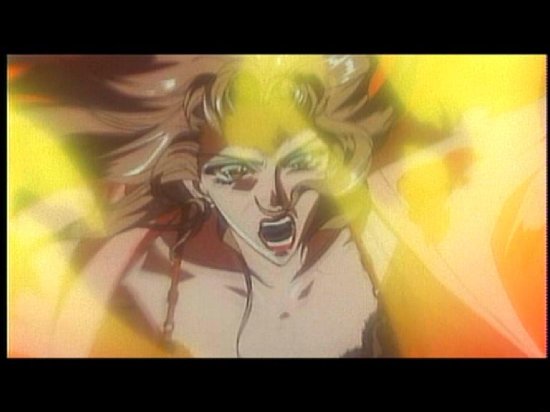 So what's left then? Kewl fights and kewl 'sploshuns. Except that after 13 years, it doesn't look all that 'kewl' anymore. I must admit, I did like the idea that they could wall off an area off the city into another dimension, to have a major battle sequence without affecting the general environs, and I did briefly wonder if Heroes could be like this, given an appropriate budget, but my overall opinion of the film can be summed up in my reaction to the end. There lies Kamui, alone and bereft, the city devastated by pointless destruction, an unimaginable bodycount, and he plaintively cries, "Why'd this have to happen?!" To which I actually replied to my television set, "Why are you asking me, I haven't the slightest idea!" The forthcoming X Television series is going to need, I don't know, a story, character development, a beginning and middle. Just don't make the same mistake that I did, and pick this movie up hoping that it will prime you for it.