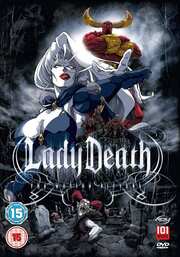 I’m starting to get curious about all those DVDs that I never got around to watching, the pile of unsolicited review discs, and immediately regretted impulse purchases that have been gathering dust for the last twenty-odd years. What’s more, I find that I have the free time to address that pile. Once that’s done, I also have a pile of DVDs that I got free with newspapers back in the day that I never got around to watching. Either my curiosity will quickly be sated, or I’ll make my way through these piles. Either way, there might be some odd titles getting reviewed from now on. First up is Lady Death, a disc I took one look at some years ago, and decided against watching, fearing that I may alienate a distributor or two by making my feelings about it known. Lady Death is a film that ADV Films produced back in the day. They were better known as distributors of anime, but when they turned to actually making the stuff, the results were poorly received. Last night, it occurred to me that once upon a time, they were flush enough to consider attempting a live action Evangelion movie. That obviously never came to pass, but maybe Lady Death would give some indication if that was actually a missed opportunity, or a dodged bullet. 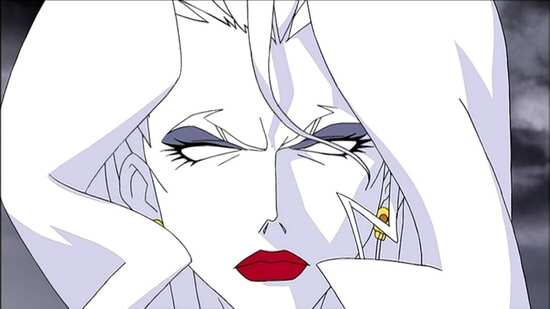 In a time of war, Hope found a modicum of peace with her boyfriend Niccolo. But her father, the warlord Matthias drafted the young student into his army as he rampaged across the land. But the truth was far more ominous, as Matthias was the demon Lucifer in human guise, and he was actually gathering souls to feast on. His evil plan uncovered, he left his daughter behind to be tried and convicted as a spawn of the devil. As the flames consumed her flesh, Hope succumbed to temptation and prayed to her father for deliverance. 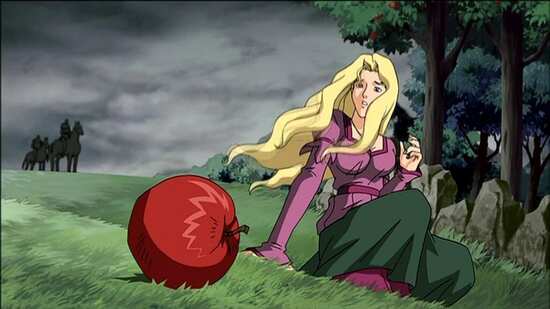 She wakes in Hell with a desire to kill Lucifer and free the soul of Niccolo that he holds captive. Reborn as Lady Death, she gathers an army of demons to her side, and prepares to go to war. 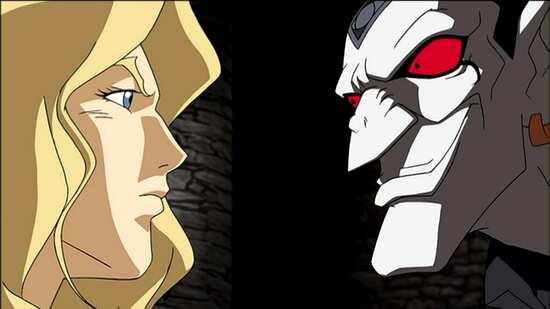 Lady Death comes with a 1.78:1 anamorphic transfer with DD 5.1 Surround English and German, with optional English and German subtitles. It’s an NTSC-PAL standards conversion, with the softness and the ghosting that implies. But it’s not as bad as the animation itself, which is limited, cheap, and obviously digital 2D, with all the jagged edges, flat colour and animator short cuts that you’d expect from straight to video animation from the late nineties. The audio is adequate, clear and unblemished, but once again, the production values let it down, with forgettable music, unimpressive voice acting, and it sounds more like a voiceover than a dub. 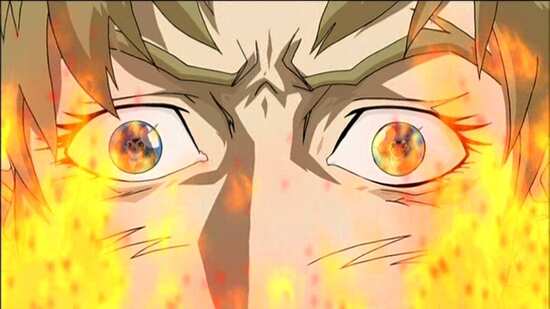 Long, long ago, ADV Films released Lady Death in the UK, as one of their European multi-lingual titles. But ADV went out of business and shut up shop in the UK. Sometime later, 101 Films tried dabbling in anime, and picked up a handful of ADV titles, and did well with Elfen Lied on DVD, and subsequently Blu-ray, while Rahxephon was a clone of the old release. Something went wrong with 101 Films release of Lady Death, and the resulting disc is something of a mini-me, cloning just half of the original disc. 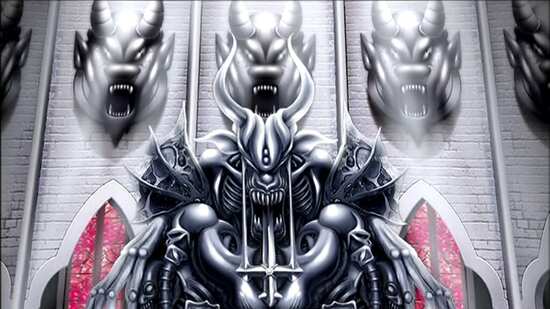 You get one disc in an Amaray case. After a German anti-piracy ad, the disc boots to a German language animated menu.

On the disc, you’ll find Visions of Hell, which offers slideshow galleries of Hellscapes (4:00), and Minions (4:02). These offer character and background art.

Animating Death (Video) is a 21:31 featurette looking at the making of the film. 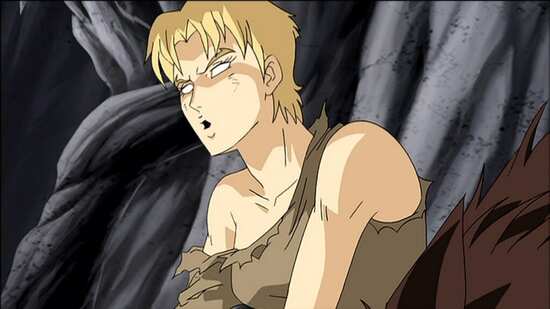 There is the German trailer for Neon Genesis Evangelion, and generic trailers for Final Fantasy Unlimited, Full Metal Panic, and Mezzo DSA.

This disc strips out the English boot screen and menus, and the English trailer reel. It’s also missing the director’s commentary which is advertised on the back of the case. 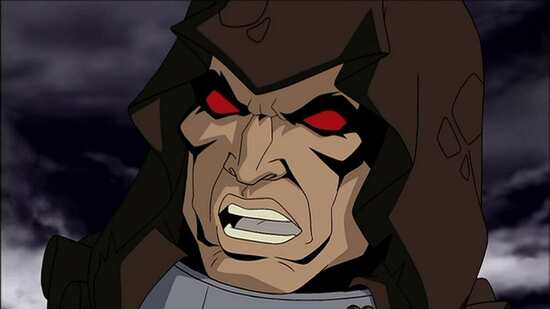 Definitely dodged a bullet there with the Evangelion live action movie... If this had been the standard applied, it would have crashed and burned. Lady Death is based on a graphic novel series by Brian Pulido for Coffin Comics, a company which went bust during the making of this film. The script was put together by Carl Macek, of Robotech infamy, yet it should have worked. But the end result is dismal, a terrible film, both in terms of story, and in terms of production value. 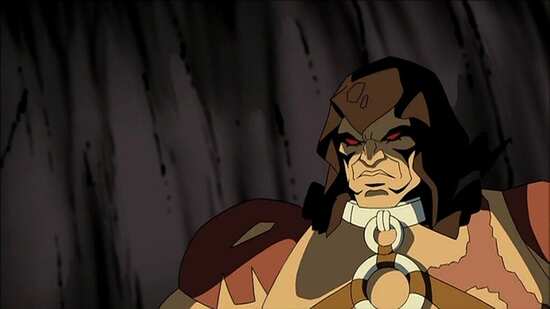 Let’s face it, it is a provocative premise; whenever you’re talking about the afterlife, hell and its minions, anything vaguely biblical, you’ll instantly attract an audience. Lady Death’s tale of an innocent girl, learning the dark truth of her parentage, suffering for her bloodline, and swearing revenge on her dread sire as she sets on the path to become Queen of Hell, certainly demands attention. Add to that a character design that will send many to Google looking for cosplay photosets and you should have a recipe for success. 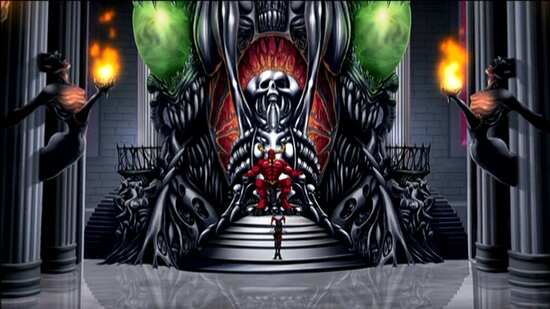 Lady Death fails on the latter by having such poor production values, such limited animation that you’d think it was done on the cheap for an audience that wouldn’t know any better. The story offer decapitations, cleavings, eviscerations, monsters, demons and decayed zombies, and plenty of provocative demonic imagery and sexy demon girls, yet it’s all done to the quality that wouldn’t disturb the sleep of a toddler. The title character is supposed to have sex appeal; certainly the DVD cover art promises as much, but your blood pressure won’t be troubled. 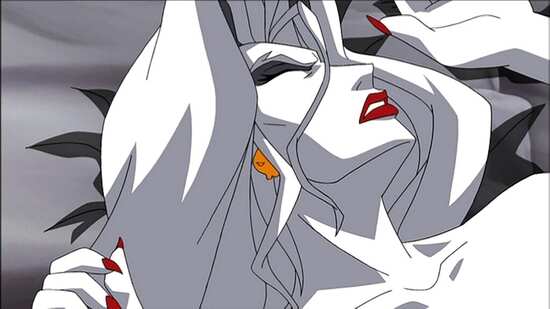 It is still possible to get into a show despite weak production values if the story is good enough. But Lady Death just dials in its story, with dialogue that just reels of continuous tired clichés, a complete lack of pace and drama, unimpressive voice actor performances, and throws away the most interesting bit of character development from innocent waif to vengeance obsessed hell princess by means of an extended and poorly animated sword training montage. 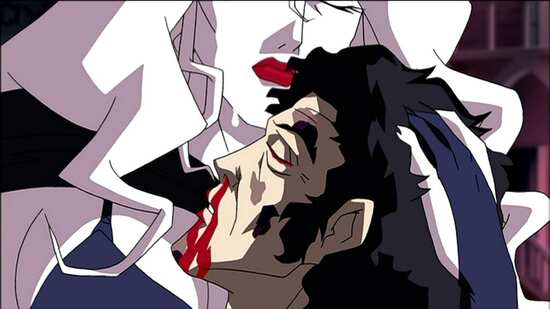 I’d heard the rumours, read the odd review, and thought I knew how bad Lady Death was, and held off watching it until my curiosity could no longer be denied. I never knew it was this bad. Would you believe that there is a Blu-ray of this film out there. Avoid Lady Death on any format!