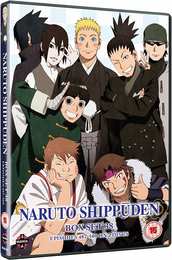 August 18th 2006. That was the date that I posted my first Naruto review. I’m surprised that it’s only been thirteen years, as it feels longer. But here it is, the end of the series, the final Naruto review I expect. In a world where most anime adaptations of ongoing manga tend to have just one season to promote the manga, or fizzle out before the end, Naruto is a rare title that actually went the distance. We’ve also had most of it in the UK, all 220 episodes of the original series, 500 episodes of Naruto Shippuden, all of the movies, half of the Rock Lee spin-off, even a couple of the OVAs. It’s rare that a franchise gets such traction and longevity. 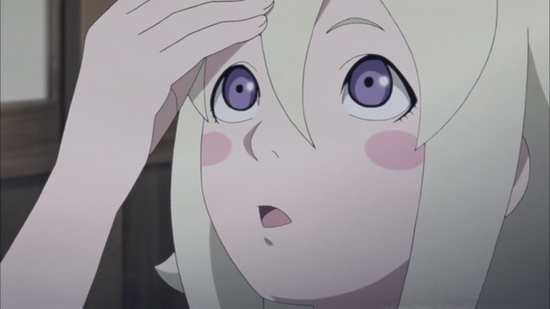 This series also bookends an era of UK anime distribution. When it started, it was all DVD, and most series were released in single volumes. A 24 episode series could take a year or two to dribble out on six or eight discs, and things were expensive. All of a sudden, Manga Entertainment started this new series, and it was coming out in 13 episode chunks, half season boxsets. That signalled a sea change in UK anime, and gradually more and more shows would be released in that format. The 13 episode collection became standard, and collecting anime became a whole lot more affordable. And today, along with One Piece, they are to my knowledge the only anime series still being released as DVD only in the UK. Even the new wave of long running shonen shows has made the shift to high definition. 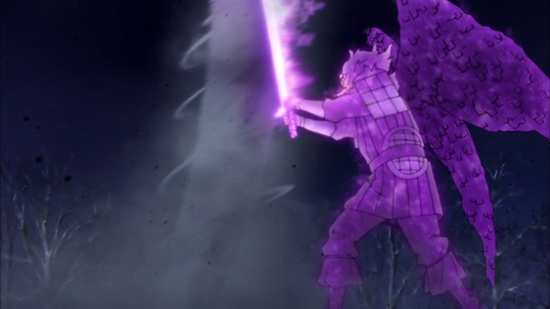 Naruto’s story actually ended in the previous collection. The bright orange ninja grew up, won the fourth ninja war, and kept his promise to Sakura, to bring Sasuke home. Sasuke may have betrayed the village and become a rogue, but teaming up with Naruto to defeat the villain was the first step in his redemption. Anyway, since then the show has been on a victory lap. Given the endings that the Lord of the Rings trilogy got, you can’t begrudge Naruto to take its time with its farewells. Four episodes of short stories, precede a handful of light novel adaptations (thankfully we won’t get any of the really bad filler that Naruto has gifted us in the past), and this collection concludes the Sasuke story that began in the previous collection, adapts a Shikamaru adventure, and finally the perfect light novel with which to say goodbye to these characters. 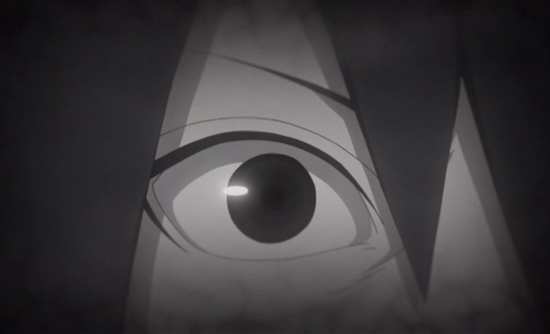 Fourteen episodes conclude the Naruto saga, on these two discs from Manga Entertainment. 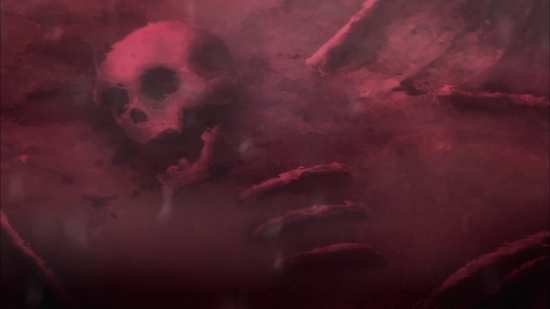 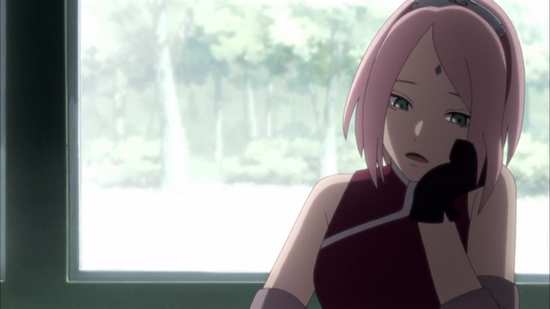 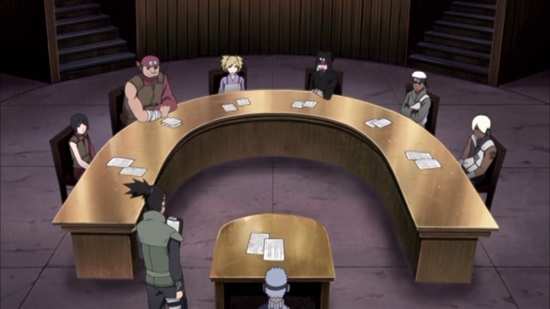 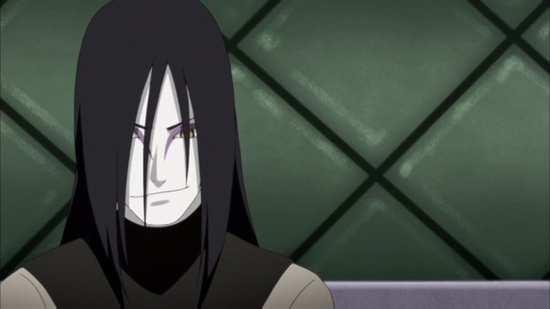 The extras haven’t changed much, the same static menus, with 5 Storyboard images, and 4 Production Art images all on disc 2, but this time Madman have delivered a different variety of trailers with their authoring. Following an antipiracy thank you, you can see trailers for Sword Art Online Alternative Gun Gale Online, Dragon Ball Super, Granblue Fantasy, and Made in Abyss. 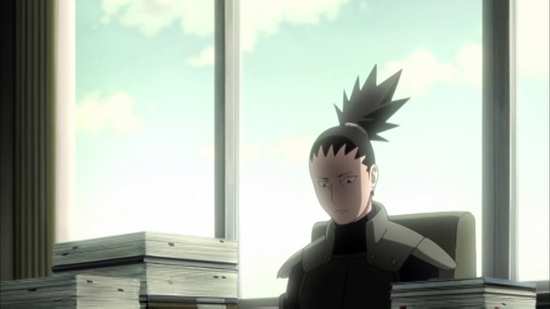 How to respond to the end of a series as extensive and as long running as Naruto? There is a sense that this final collection of episodes can do no wrong. It is the seal on 13 years of anime; it’s the topping on a cake, the bow on a present. As said, the actual story ended in the previous volume, and what we have here are adaptations of three light novels set after that ending. The first two episodes in this collection conclude Sasuke’s story, we then get five episodes devoted to Shikamaru’s story, and then there is a seven episode run to the end, looking at Naruto and Hinata’s wedding, or the build up to it. 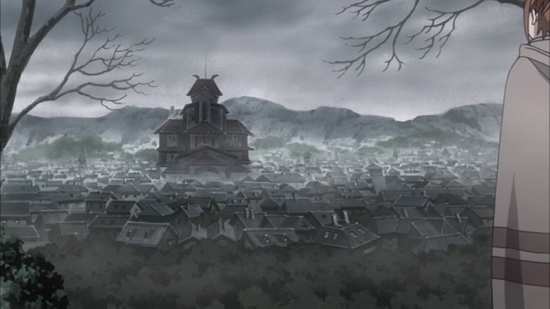 There is also the sense that these stories are laying groundwork for the upcoming Boruto series (of which we’ve had Part 1 in the UK thus far). Certainly it helps to see Sasuke on his path of atonement towards redemption, and as his story concludes in the first two episodes, he gets an outside perspective on his past by seeing someone else in similar circumstances. The exploding human situation was put in motion by someone looking for revenge, who was the last survivor of their clan, and to make matters worse, their clan was wiped out by the Uchiha on the orders of the Hidden Leaf. Stopping this plan is Sasuke’s mission, but by helping the perpetrator, he understands himself better and takes another step in healing himself. 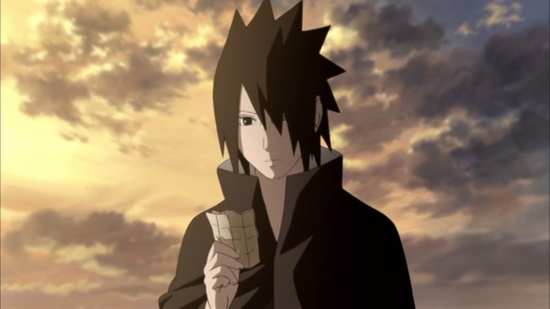 Shikamaru’s tale is a bit of mopping up, set a couple of years after the end of the main story. He now has a desk job, as the Sixth Hokage’s right hand man, but a situation in the Land of Silence sees Kakashi assign him to the field once more, after an Anbu Black Ops squad goes missing on a reconnaissance mission there. It transpires that rogue ninja and survivors of the last war are flocking to the banner of a new leader in the Land of Silence, a man who wants to do away with the current system, and instead create a world run by the ninja, and by him in particular. Shikamaru has to take a couple of unlikely Anbu ninja into the Land of Silence and find the missing men, and stop whatever scheme is in progress. This is a fairly run of the mill story in many respects, with only the villain’s ability to twist the loyalties of others presenting a challenge. But the story flows well, is entertaining, and just as the previous story progressed Sasuke’s redemption, this one takes Shikamaru’s relationship with Temari and moves it on, something that will continue in the final arc. 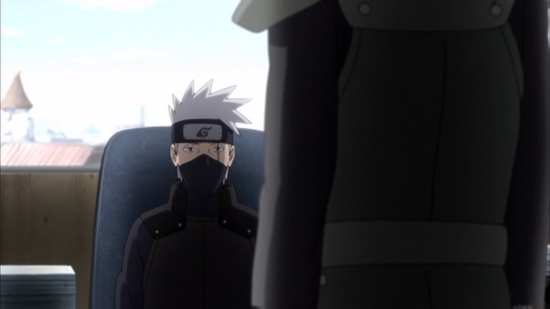 That final arc, Naruto’s wedding brings us back full circle, in terms of look, especially in terms of music, and in terms of character comedy. This is Naruto as it began, silly, comic, and trivial, with the odd moment of dramatic strength. With Naruto’s wedding to Hinata impending, and realising that such a famous figure will draw so much attention, Kakashi is reminded of an old rule to determine who will attend the wedding, and who will do duty taking on missions and guarding the village. He sets a mission for everyone to get a gift for the happy couple, and judging the gifts will determine who gets to go to the wedding. And so Naruto’s friends spend seven episodes trying to find the perfect presents, and getting up to all sorts of comic mayhem; and typically Rock Lee goes off on one. It’s silly, it’s goofy, and there are plenty of crows over the village screeching “Idiot! Idiot!” in Japanese to emphasise the comedy, plenty of Orochimaru and Yamato cameos, and even a nod to the Rock Lee spin-off series. And then there is Konohamaru’s gift, taping congratulatory messages from everyone for the couple, and Naruto’s first teacher Iruka unable to figure out what to say. With that, Naruto finds one final way to grab at the heartstrings, one more way to elicit a tear. 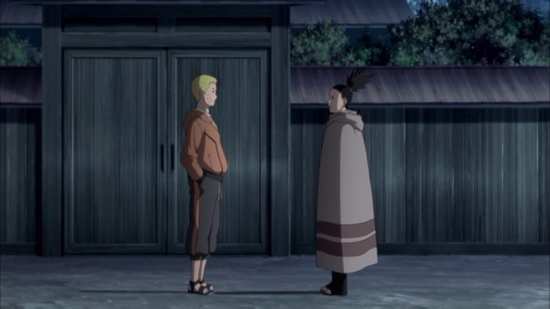 Stick around right to end of the last episode for a little passing of the torch moment, but with that, Naruto is done. It certainly wasn’t an easy ride, and when the filler got really bad, there were moments that I wished that the series would come to a premature end. But generally the experience has been more positive than negative. This final collection of episodes isn’t Naruto at its best. It’s more of a wind-down experience, a little reminder of Naruto past, a hopeful look towards the future, and a few more moments with characters that we have grown up, and grown older with, if not exactly wiser. It’s better that way to say goodbye, as if this was Naruto at its finest, we’d be left wanting more. One worrying thing though... Watching the last seven episodes in this set has made me want to start watching the whole thing over again from the beginning!